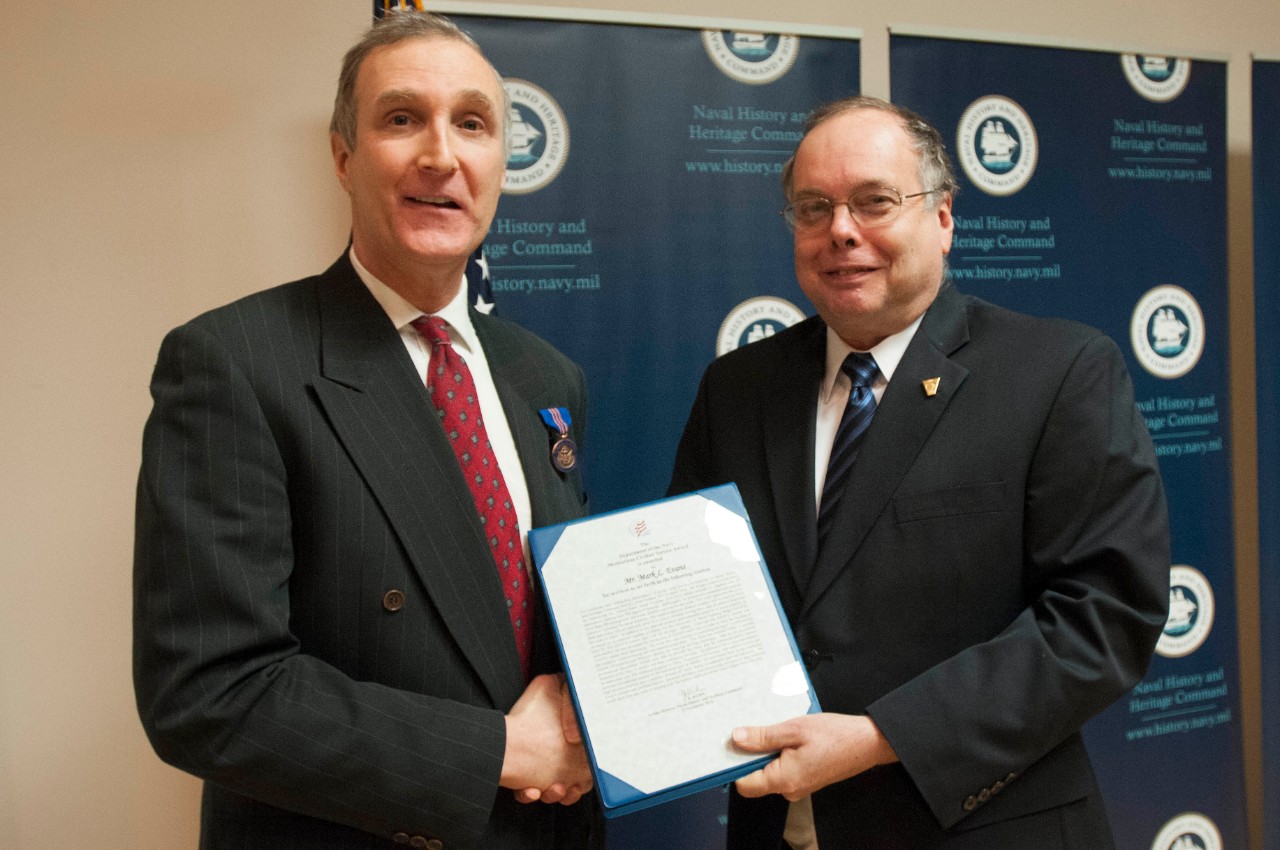 "These are very prestigious awards, and we're very proud of the command's historians who researched and wrote these books," said Samuel J. Cox, Director of the Naval History and Heritage Command (NHHC). "Both books are important historical works and are indicative of the expert, scholarly research and publication being performed here every day by the history professionals of NHHC, including the outstanding editorial and publication support the authors received in publishing these two definitive texts."

Each year the North American Society for Oceanic History (NASOH) presents the John Lyman Book Awards to recognize excellence in the publication of books that make significant contributions to the study and understanding of maritime and naval history. Winners of the awards for books published in 2015 were announced at NASOH’s Annual Meeting held in Portland, Maine May 14.

“War in the Shallows: U.S. Navy Coastal and Riverine Warfare in Vietnam, 1965-1968” details the operations of three inshore task forces: the Coastal Surveillance Force (TF 115), the River Patrol Force (TF 116), and River Assault Force (TF 117), which made up the naval component of the Mobile Riverine Force (MRF). It also examines the basing, logistics, tactics, rules of engagement, and technology of the Navy's inshore task forces in Vietnam.  Perhaps the most enlightening aspect of the book is the use of interviews with Vietnam veterans which illustrate the social history of the men who made up the “brown water” Navy. They provide a glimpse of the humanity behind the hardware rarely seen in message traffic or action reports. The book can be downloaded for free from NHHC’s website here: http://go.usa.gov/cJ3gg 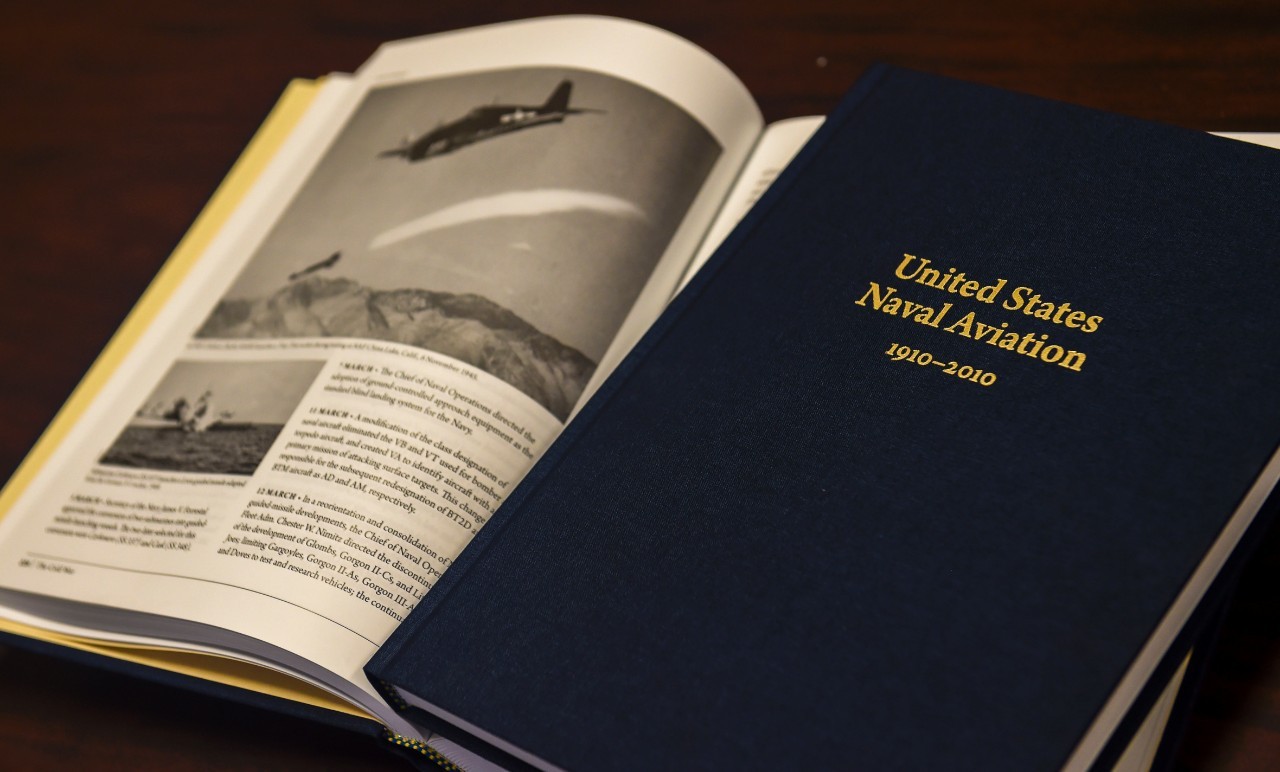 “United States Naval Aviation 1910-2010” is the Naval History and Heritage Command’s fourth update to the original history which was initiated in 1960.  That first issue celebrated the first 50 years of United States naval aviation and this two-volume set commemorates the centenary. Previous editions have proved an invaluable first-stop research tool to aviation, naval, and military historians. This latest update breaks U.S. naval aviation history into two volumes: Chronology and Statistics. Both have greatly increased content over the previous version beyond simply including years not previously covered. New and expanded research makes these the definitive volumes on U.S. naval aviation’s first century. The two-volume set can be downloaded for free from NHHC’s website here: http://go.usa.gov/cJ3gK

According to NASOH’s website, the society “was founded in 1973 to provide a forum for maritime history and remains actively devoted to the study and promotion of naval and maritime history. The society's objectives are to promote the exchange of information among its members and others interested in the history of the seas, lakes, and inland waterways; to call attention to books, articles, and documents pertinent to naval and maritime history; and to work with local, regional, national, international, and government organizations toward the goal of fostering a more general awareness and appreciation for North America's naval and maritime heritage.” 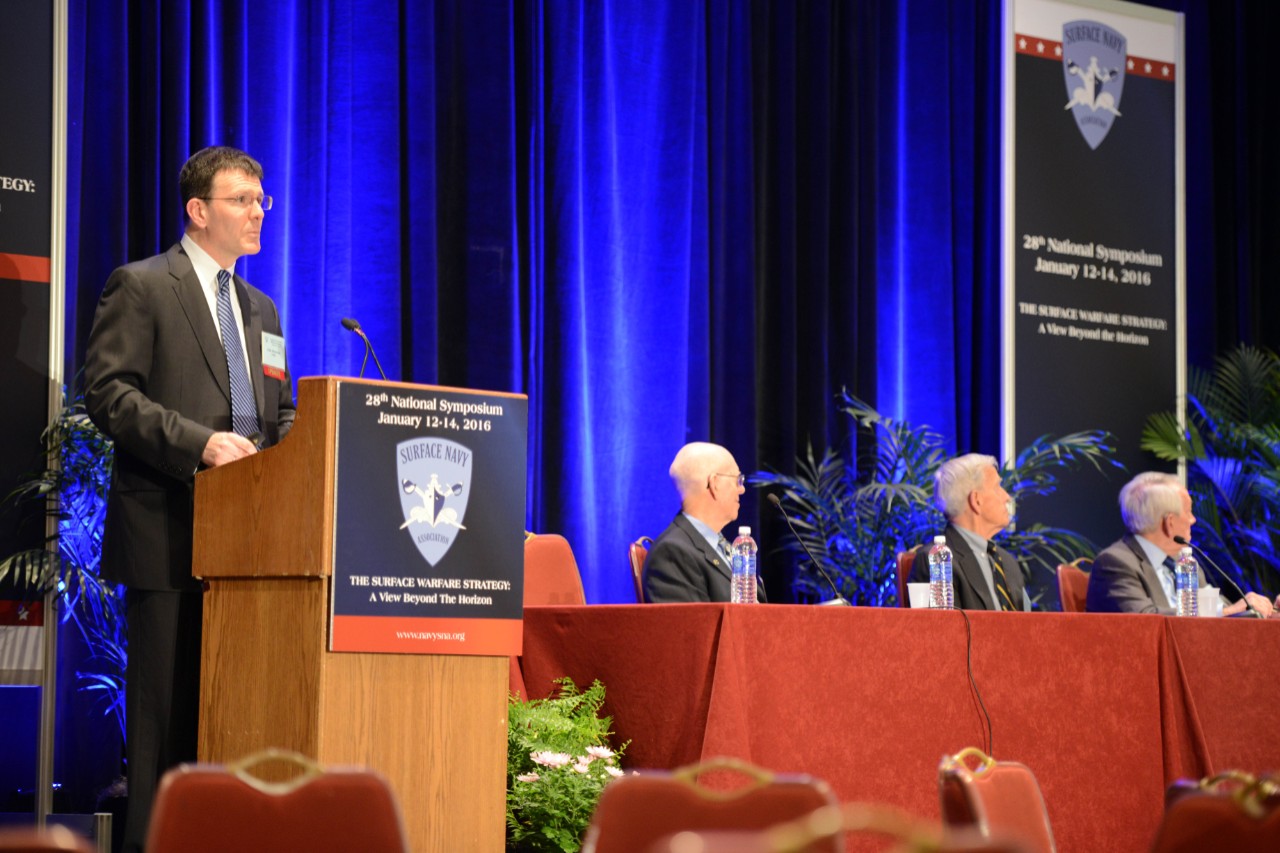