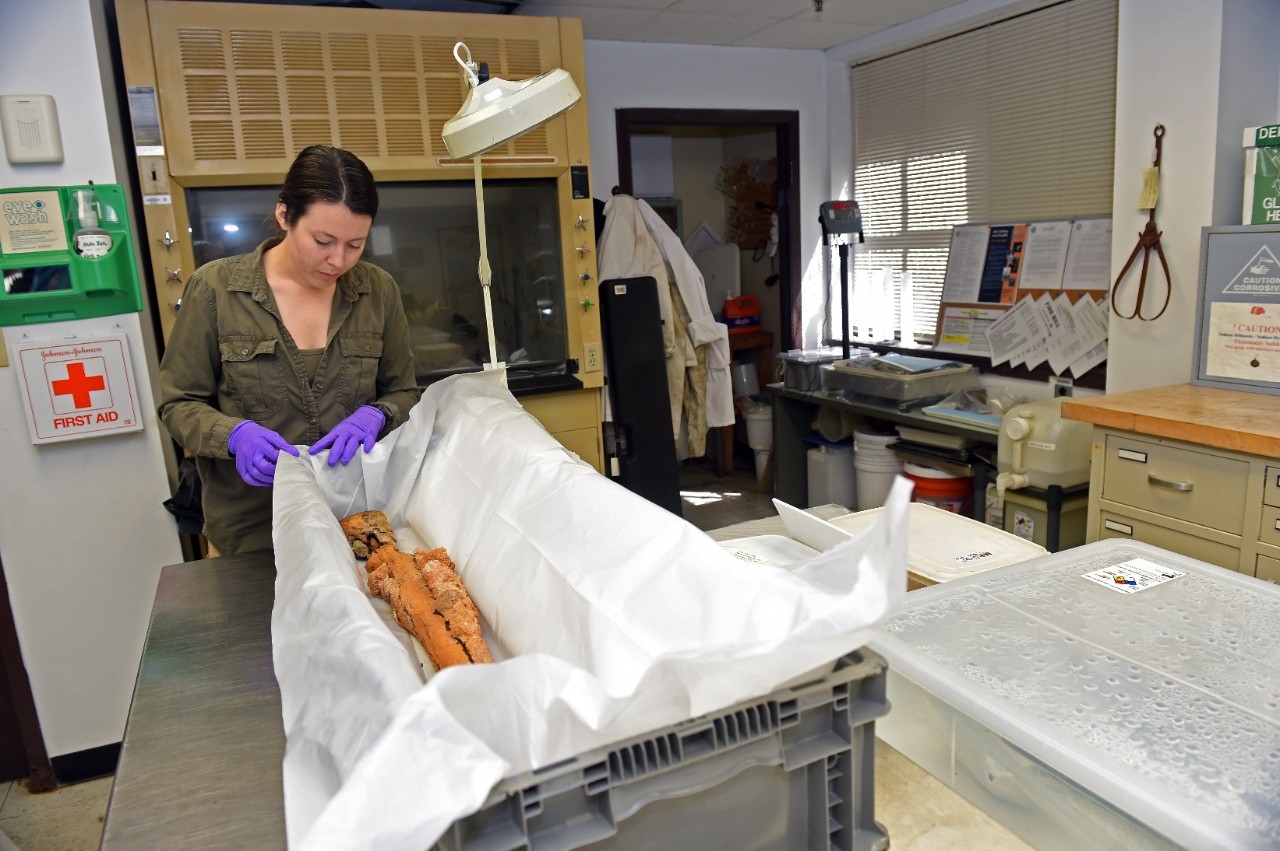 The Makin M1 was originally discovered in 1999, when the Joint POW/MIA Accounting Command’s Central Identification Laboratory Hawaii (CILHI) returned to Makin Island to relocate, recover and repatriate the remains of the Marines who died there. 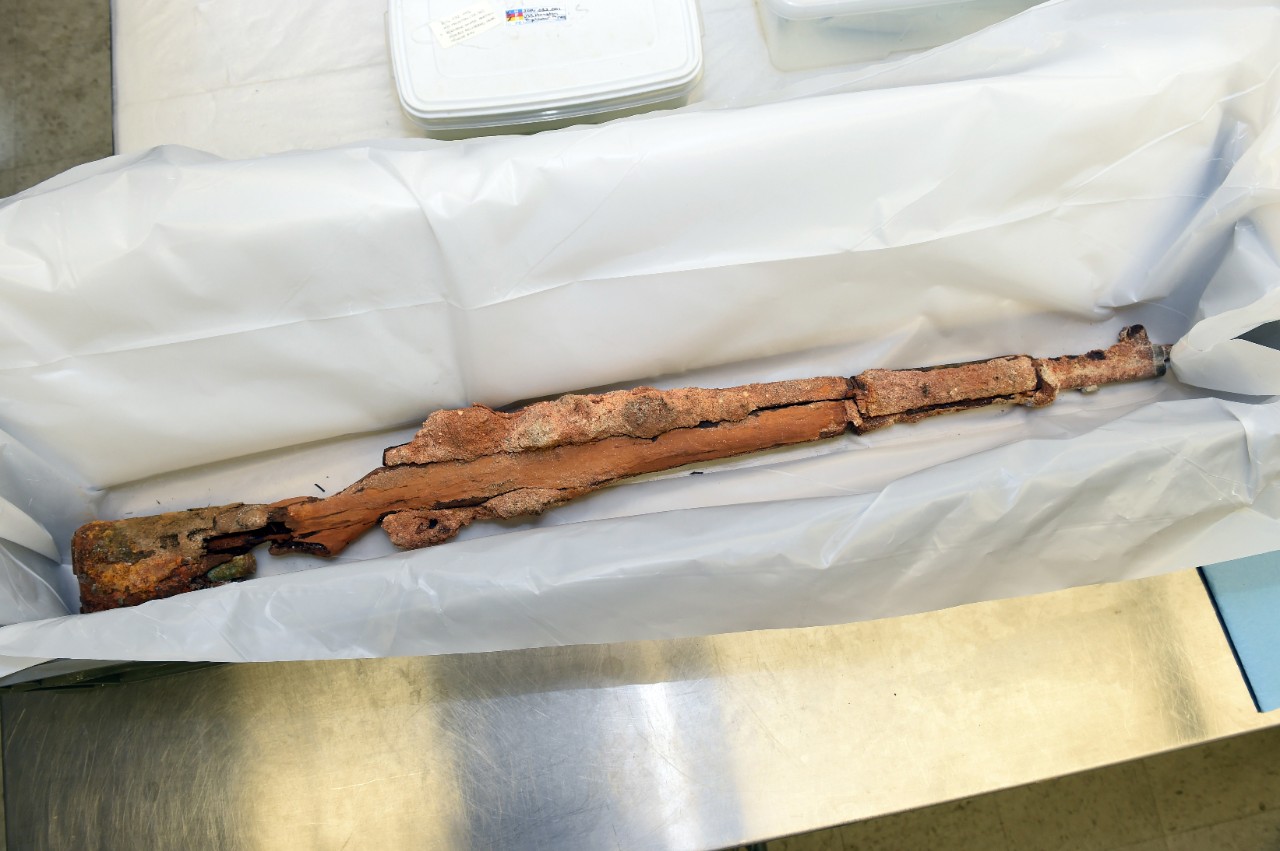 The raid, which took place Aug. 17-18 1942, destroyed enemy radio communication points, fuel, military stores and helped divert attention from the 1st Marine Division landing on Guadalcanal. During the raid, which was remarkably launched from the submarines USS Nautilus (SS 168) and USS Argonaut (SM 1), 19 Marines from the 2nd Raider Battalion lost their lives and were buried together on Makin Island. The rifle was discovered in the grave and returned to CILHI before its eventual transfer to the Raiders Museum located at Marine Corps Base Quantico (MCBQ).

After more than 50 years buried in a wet marine environment, the Makin M1 displays significant surface concretions, corrosion and physical damage. Curators at the National Museum of the Marine Corps (NMMC) reached out to archaeological conservators at the NHHC Underwater Archaeology Branch to perform an assessment of the artifact and help ascertain its stability. Prior to transportation of the Makin M1 to the NHHC Archaeology & Conservation Laboratory on the Washington Navy Yard, the USMC Explosive Ordnance Disposal team at MCBQ inspected the rifle interior to ensure it contained no live ammunition. Conservators then performed a detailed examination of the Makin M1, documented its current condition and are now developing treatment plans to address its immediate and long-term preservation. 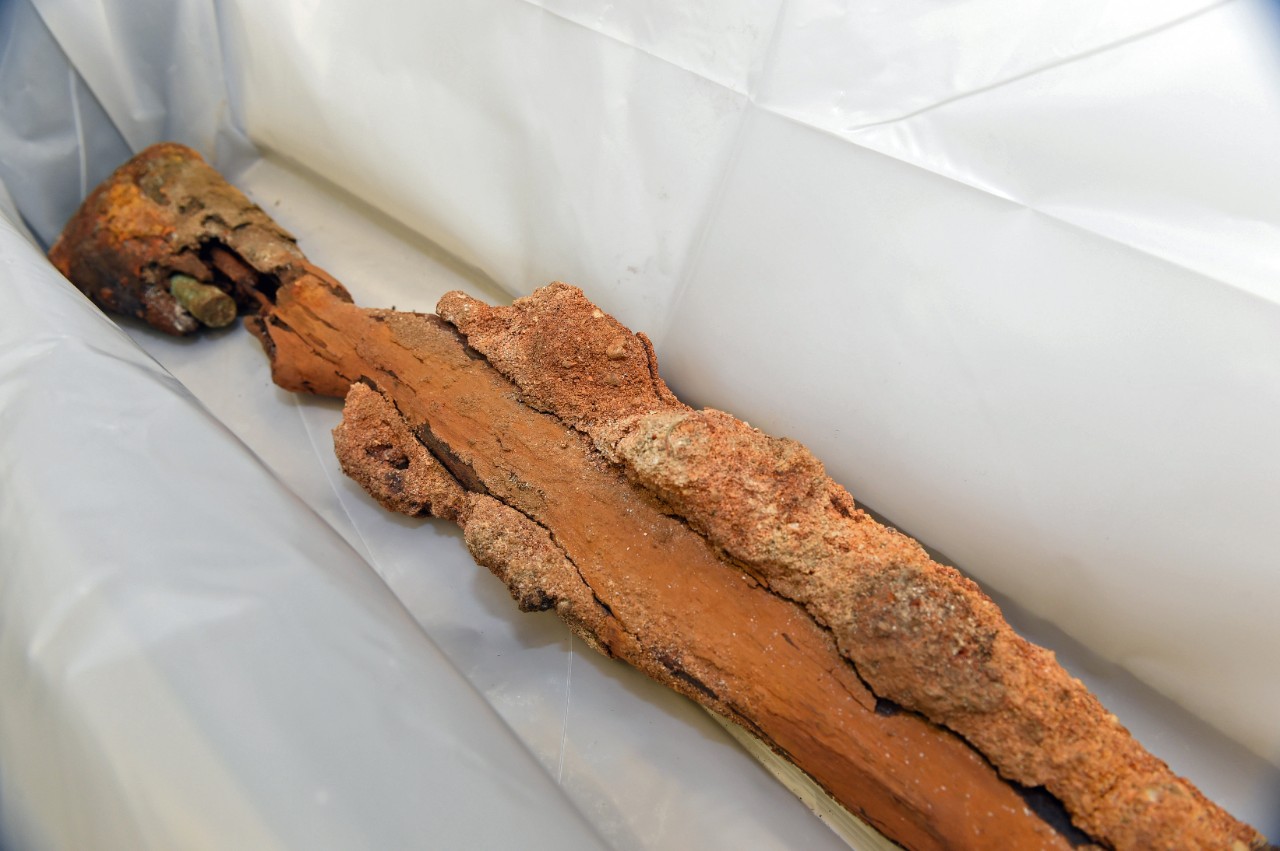 The M1 Garand is a .30 caliber semi-automatic rifle which lent a significant advantage to U.S. troops during World War II and marked the first time semi-automatic rifles were generally issued to the U.S.  military for use in combat. The M1 Garand is equipped with a gas cylinder located beneath the barrel.  Gas pressure produced when firing a round traveled back through the gas cylinder to drive the piston and operating rod back, eject the empty cartridge case and push the next round from the clip into the chamber. This auto-reload system allowed for reliable quick fire capability and reduced recoil which helped maintain accuracy. In addition to being an important piece of U.S. military history, the Makin M1 is also particularly significant for the Marine Corps as it was used in one of the earliest engagements of Marine Corps Raiders in the Pacific.