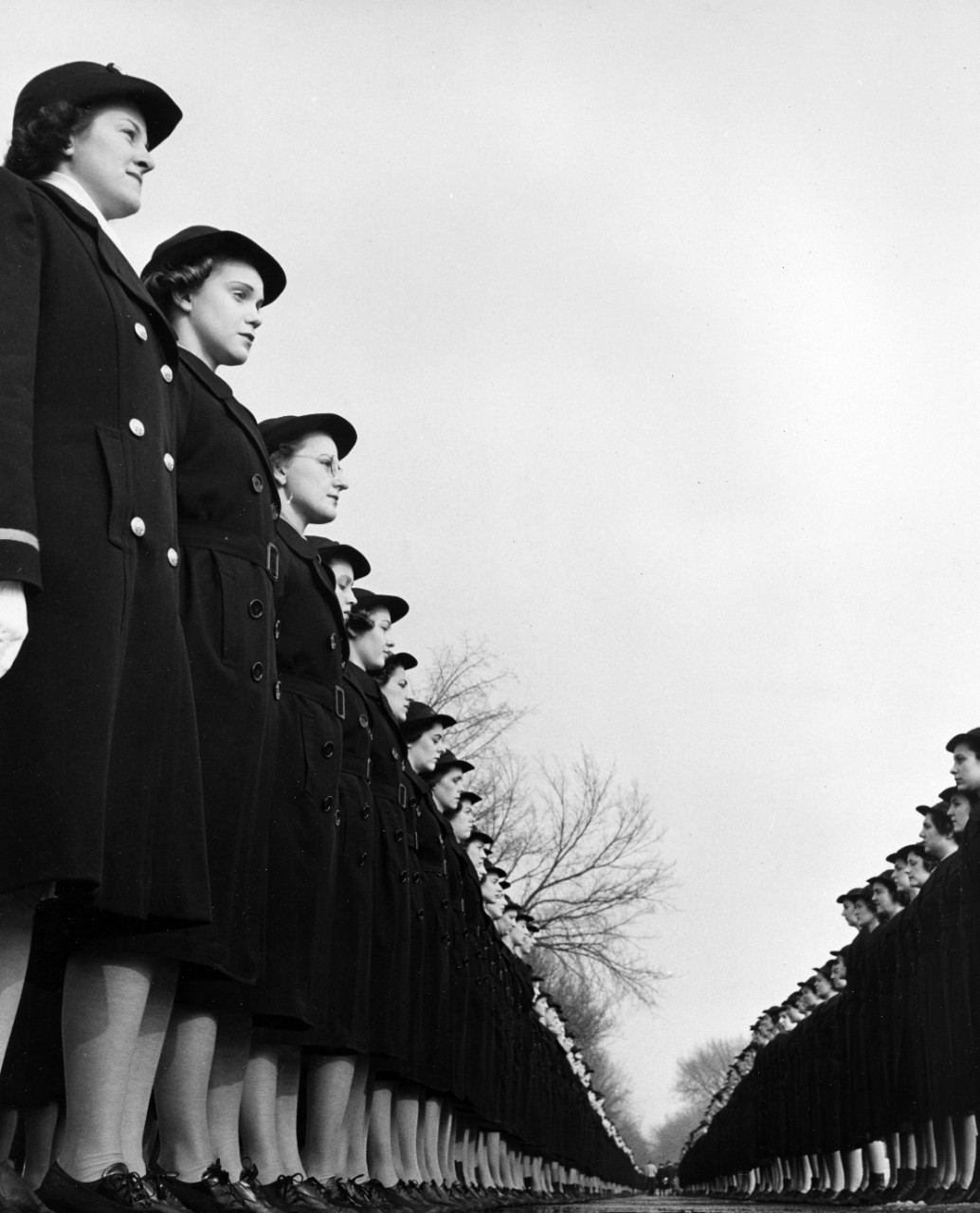 Caption: A group photo of the first members of the Women’s Reserve of the Navy and Marine Corps gathered in Hawaii to survey the assignment of female personnel overseas, including: COL. Ruth Streeter, LCDR Jean T. Palmer, Maj. Marian B Dryden, and LCDR Joy B. Hancock.

Focusing on social change in the U.S. Navy in the 20th century, Marolda spoke about women’s and minorities’ experiences while serving.  According to Marolda, World War II brought the service of women and minorities to the public eye.

“At the end of World War II, Americans were much more aware of the contributions of African Americans in combat in support of the war… much more aware of the WAVES – Women Accepted for Volunteer Emergency Service,” said Marolda. “Americans knew about the great contribution of Doris Miller, a black Sailor who received the Navy cross for his exploits at Pearl Harbor, and about the Japanese-American 442 I Regimental Combat Team, the most highly decorated Army unit in World War II, [made up of] Japanese-Americans.”

Marolda went on to discuss the impact of Executive Order 9981, issued by President Truman in 1946, which mandated a policy of “equality of treatment and opportunity for all persons in the armed services without regard to race, color, religion, or national origin.”

Within the next few decades, Marolda argued that the civil and women’s rights movements, racial unrest in the late 1960s and early 1970s, and the end of the draft in 1973 all affected social change within the Navy. He placed particular emphasis on the role of Adm. Elmo Zumwalt as catalyst for change and a champion for equal opportunity for minorities and women in the Navy. 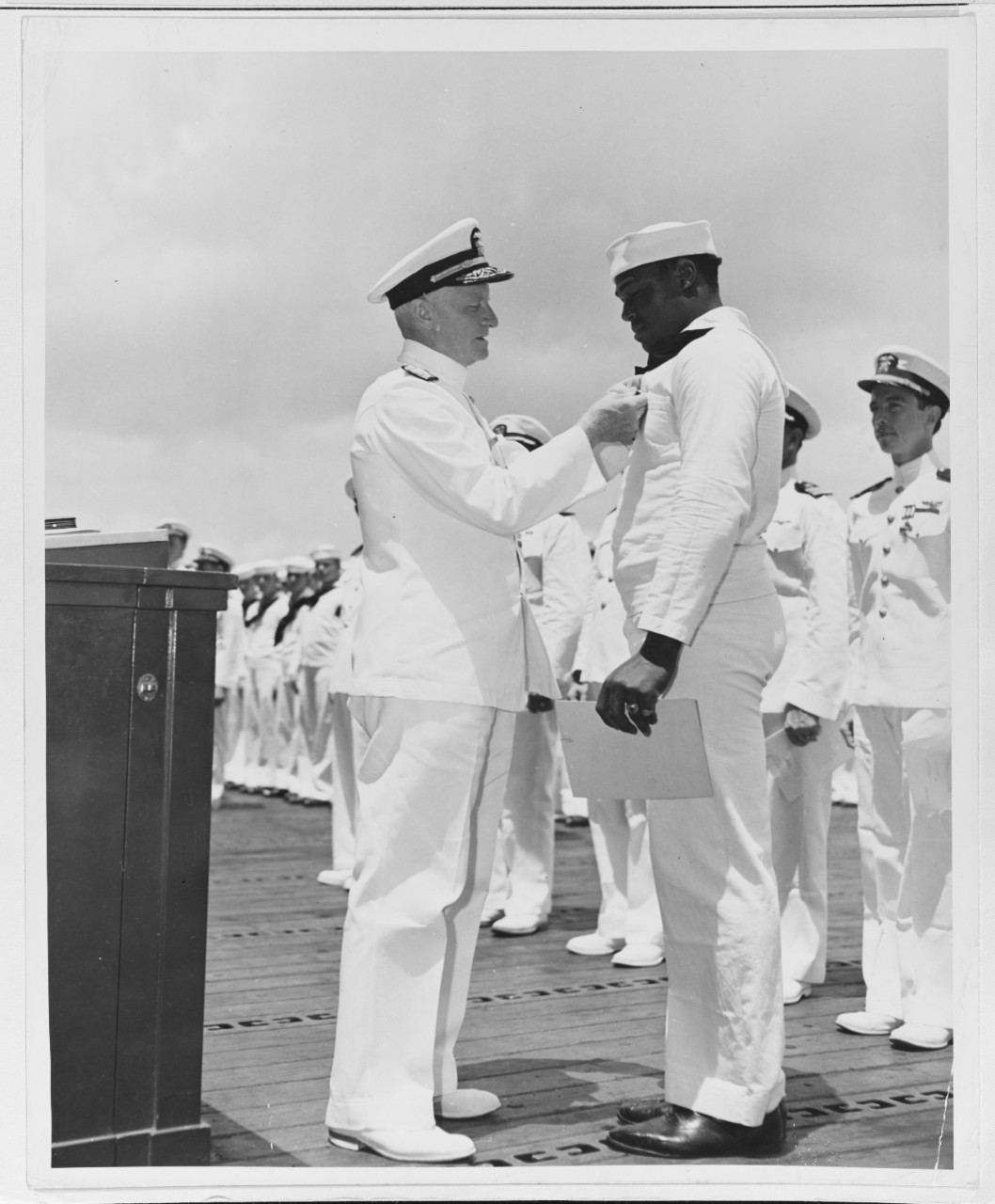 “How the Navy and its personnel are perceived in the digital realm by individuals of all walks of life will influence the future of the force’s recruiting, retention and public perception,” said Blazich.

Sherwood, the author of “Black Sailor, White Navy: Racial Unrest in the Fleet during the Vietnam Era,” was concerned about historians taking too progressive of an approach.

“Truman’s order did not end racial discrimination in the Navy overnight; the plight of Black Sailors in the Navy did not improve considerably until Admiral Zumwalt’s reforms in the 1970s,” said Sherwood.

To see footage of the lecture, go to https://www.youtube.com/watch?v=aIIB6V07jK8.

The last lecture of the series will focus on U.S. naval operational history in relation to mine warfare and will be held at the National Museum of the United States Navy on the Washington Navy Yard at noon, Aug. 31. It will be presented by Scott Truver, Ph.D., co-author of “Weapons that Wait: Mine Warfare in the U.S. Navy.” For help with accessing the museum, call (202) 781-0976. 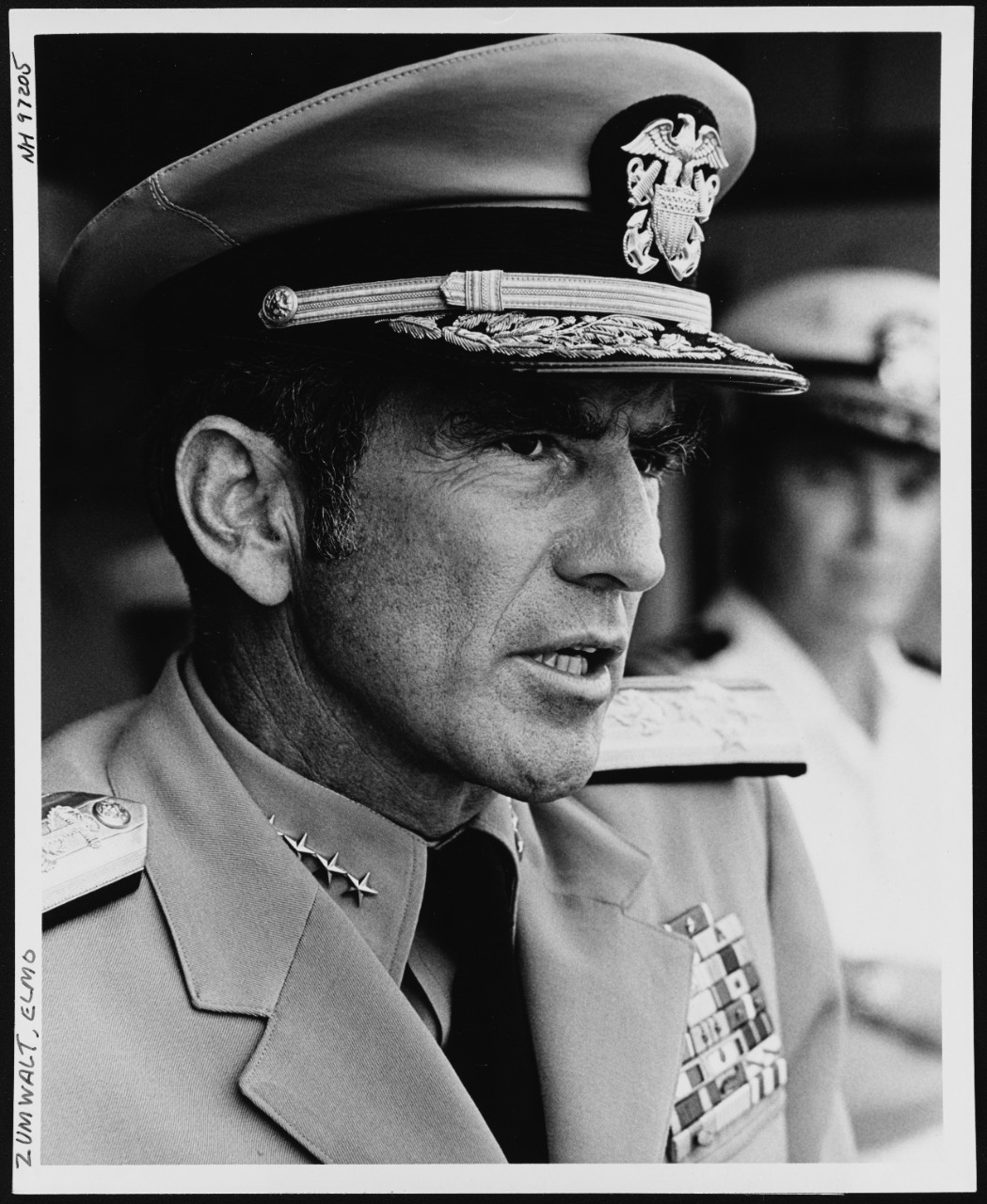 Caption: Elmo “Bud” Zumwalt, the Navy’s youngest Chief of Naval Operations and one of the most influential Sailors of the 20th Century, radically changed the face of the Navy as both a surface warrior and a social reformer.