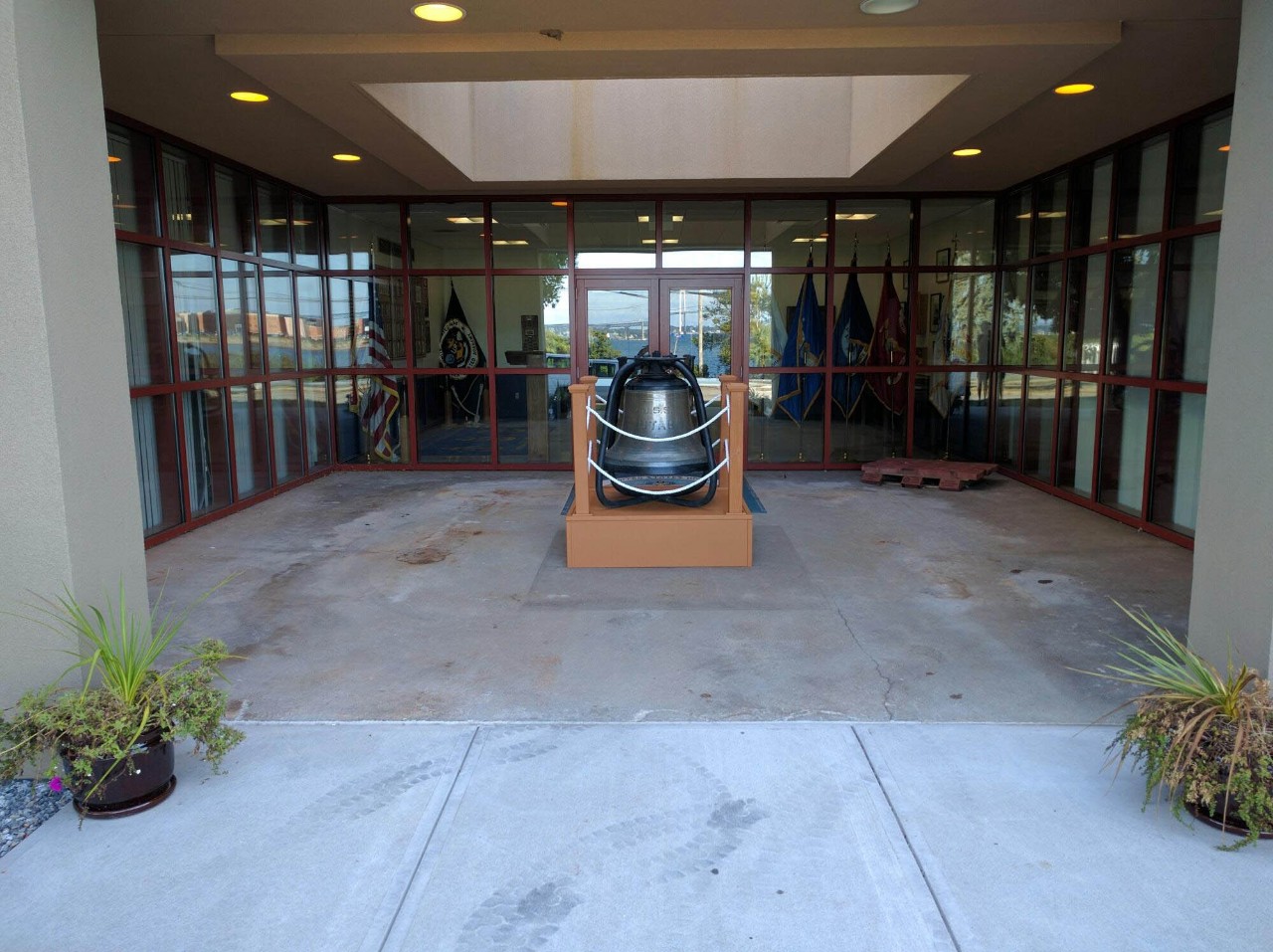 Description: 160825-N-NO147-001 NEWPORT, R.I. (Aug. 25, 2016) The bell of USS Utah (AG 16) is positioned in the atrium of Tomich Hall for the 35th anniversary of the Senior Enlisted Academy and 27th anniversary of Tomich Hall as it is being temporarily loaned from the University of Utah. The USS Utah sank during the attack on Pearl Harbor on Dec. 7, 1941, with Chief Watertender Peter J. Tomich, remaining below decks to ensure the boilers were secured and all fireroom personnel had left their stations. (U.S. Navy photo/Released)

To help celebrate the 35th anniversary of the SEA on Sept. 14, 2016, and the 27th anniversary of Tomich Hall, the Naval History and Heritage Command (NHHC) requested to temporarily move the loaned bell from its display at the University of Utah Naval Reserve Officer Training Corps (NROTC) building, Department of Naval Sciences.

“Partnerships are what it took to get the bell display from an idea to reality,” said Command Master Chief Petty Officer Richard Curtis, director of the U.S. Navy Senior Enlisted Academy.  “Partnerships from NHHC, the University of Utah and the SEA.”

Moving the bell from the University of Utah, located in Salt Lake City, to the SEA’s location in Rhode Island fell upon the curator branch of NHHC.

“There were a variety of logistical issues that occurred the day of the bell de-installation,“ said Jeff Bowdoin, deputy head of NHHC’s curator branch.  “Thankfully they were solved quickly and allowed the smooth removal, loading and transportation of the bell so we could help educate and connect Navy Sailors with the service’s history and heritage.”

The bell is one of the few artifacts NHHC has in its artifact holdings from the USS Utah. 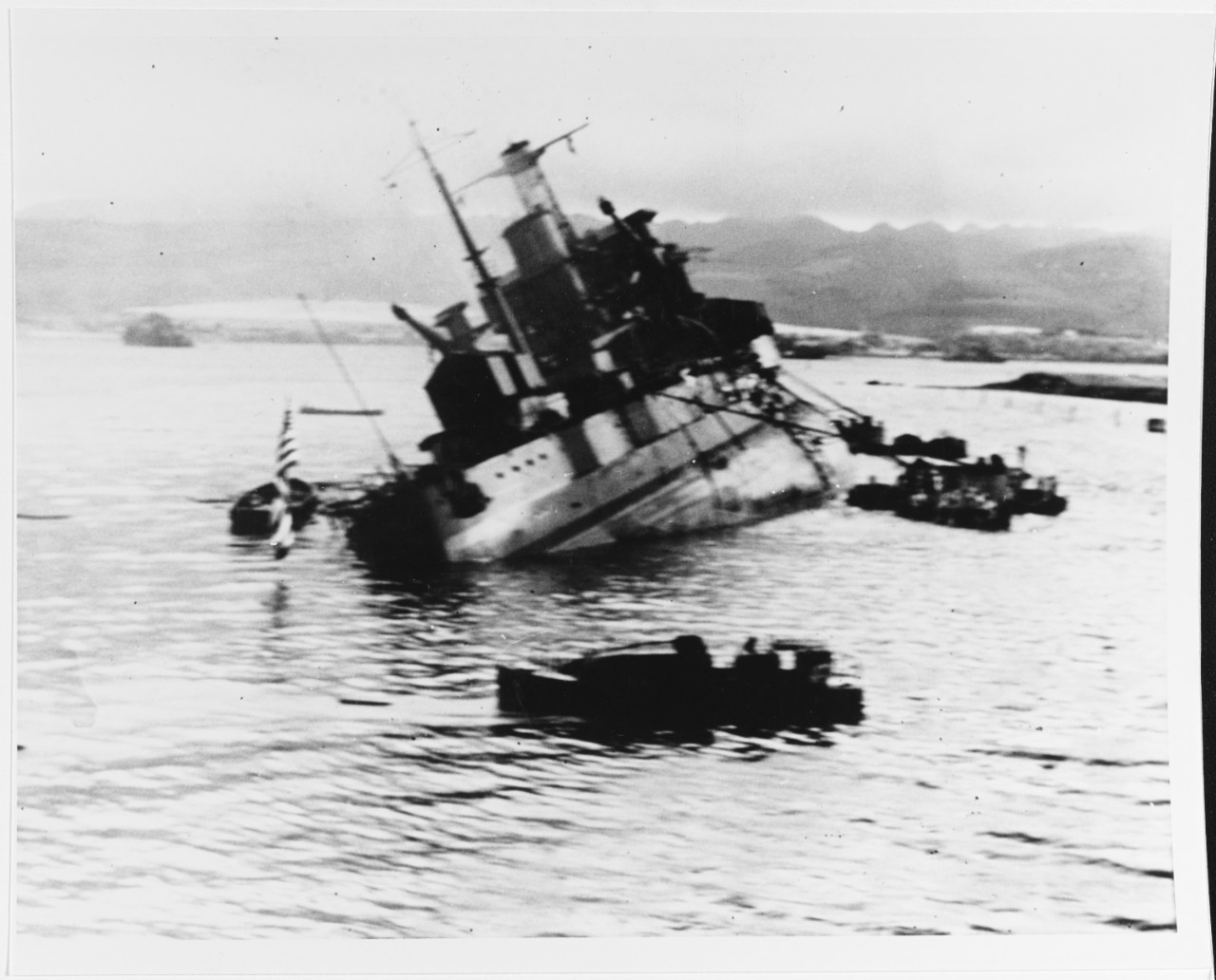 Caption:
Description: USS Utah (AG-16) capsizing off Ford Island, during the attack on Pearl Harbor, 7 December 1941, after being torpedoed by Japanese aircraft . Photographed from USS Tangier (AV-8), which was moored astern of Utah. Note colors half-raised over fantail, boats nearby, and sheds covering Utah's after guns. Official U.S. Navy Photograph, now in the collections of the National Archives.

With the bell’s arrival at the SEA, it joined a Medal of Honor located at the building’s quarterdeck commemorating one of USS Utah’s most famous Sailors, Chief Watertender Peter Tomich.

On Dec. 7, 1941, as advancing Japanese planes strafed and bombed Pearl Harbor, the attack on the moored fleet lasted a little under two hours, but for Utah, it was over in a few minutes.  As Sailors were raising the colors on the ship’s fantail, Utah sustained a torpedo strike forward and immediately started to list to port.

With the ship quickly rolling to its side, 6-by-12 inch timbers were used inside the ship’s magazine to cushion the impact of shifting bombs left over from the ship’s most recent advanced anti-aircraft gunnery cruise.  The timbers blocked hatches, obstructing the crew’s effort to abandon ship.  One man, Chief Tomich, remained below in the engineering spaces, making sure that the boilers were secured and that all of the fireroom personnel had left their stations.  Another, Fireman John B. Vaessen, remained at his station in the dynamo room, making sure that the ship had enough power to keep the lights running as long as possible.

Hearing knocking from within the overturned ship’s hull, Sailors rescued another 10 men from the ship, the last being Vaessen.  In performing the selfless act of ensuring the safety of his crew, Chief Tomich lost his own life and was posthumously awarded the Medal of Honor.

"Peter Tomich embodied the Navy's core values and Chiefs’ Mess values to the point of ultimate sacrifice. Ship, shipmate, self.  That is the legacy he leaves behind and the SEA is dedicated to preserving what he represented as a leader, to decide his men were worth saving over his own life, the idea that a leader is there for his people not his own ambitions,” said Curtis.  “Our walls bear his Medal of Honor, and now our atrium bears his ship’s bell." 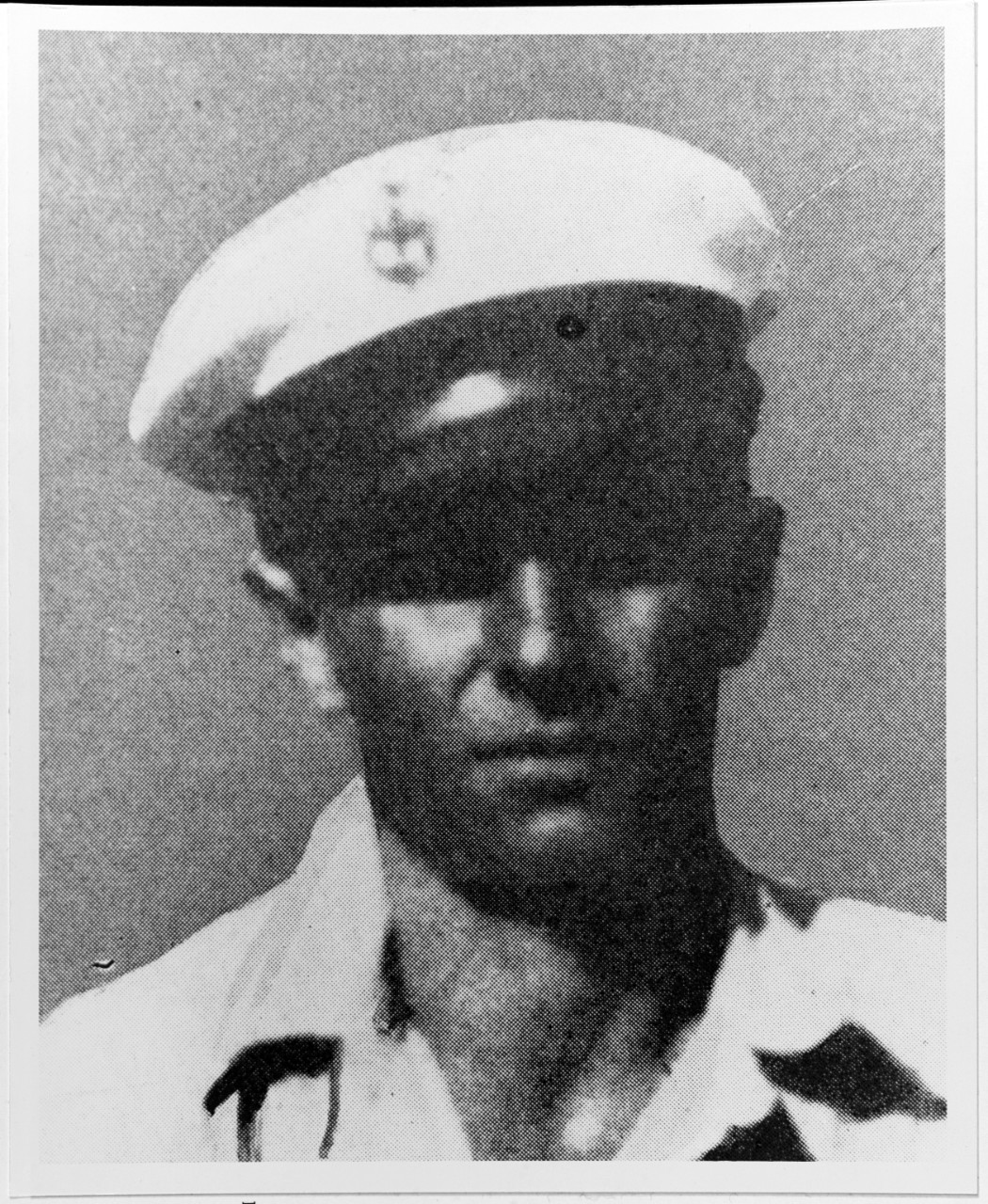 At the end of the temporary loan, the Utah bell will leave the SEA and be returned to the NHHC Collection Management Facility in Richmond, Va. for conservation treatment.   Once completed, the bell will be loaned back to the University of Utah.

For more on Navy Action Reports that tell the story of the Pearl Harbor Attack, visit  http://usnhistory.navylive.dodlive.mil/?p=29971, or to learn more about the history of USS Utah, visit  http://www.history.navy.mil/research/histories/ship-histories/danfs/u/utah.html.

Read about the bravery of Chief Watertender Peter Tomich and other Pearl Harbor Medal of Honor recipients here:  http://usnhistory.navylive.dodlive.mil/?p=33096.