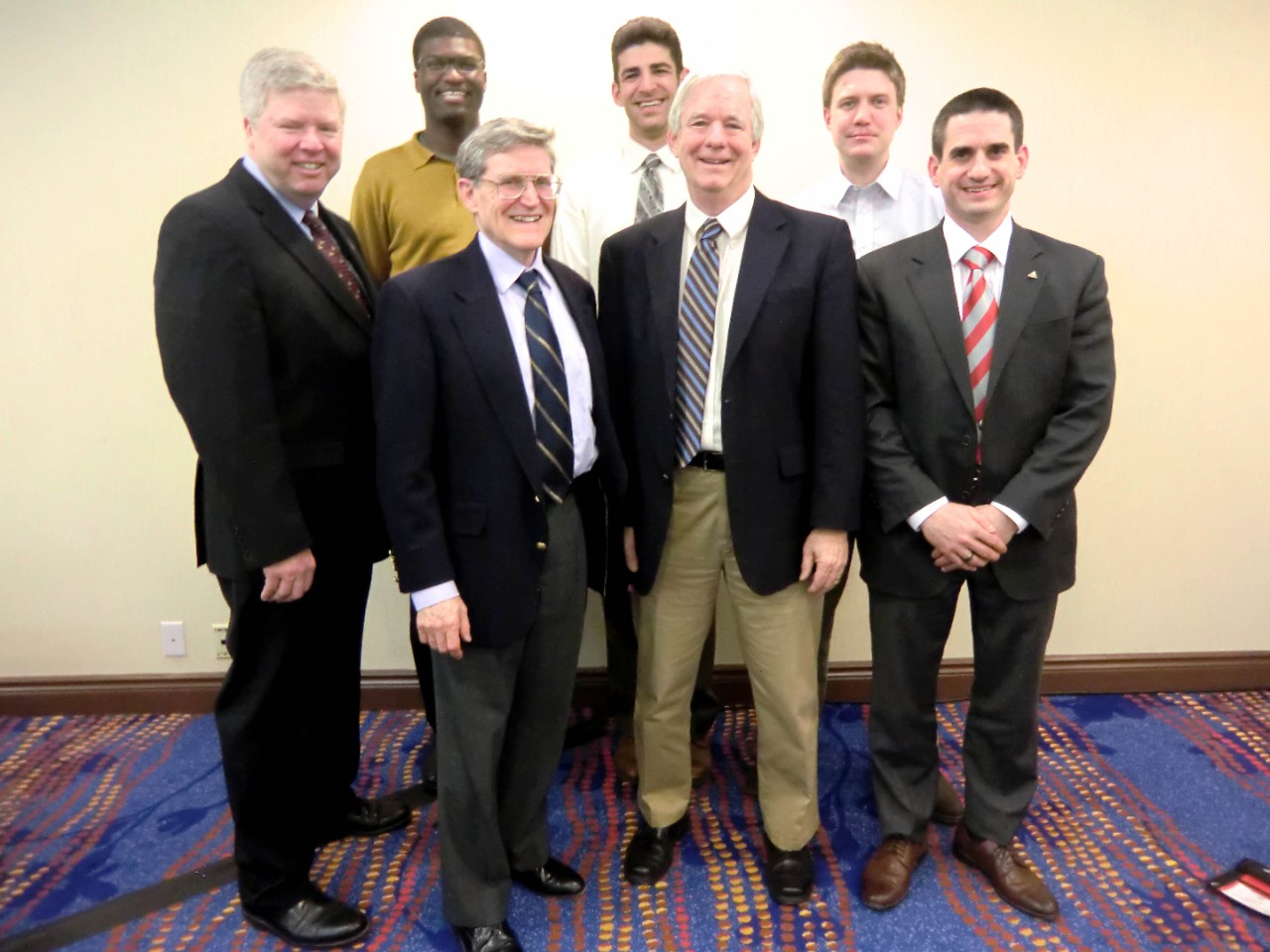 Caption: OTTAWA (April 16, 2016) Historians of Naval History and Heritage Command pose for a quick photo at conclusion of their panel discussion at the 83rd Society of Military History conference April 16. The four-day conference allowed for college and university professors, historians of federal agencies, independent scholars and military officers to discuss how borders and boundaries - geographic, political or conceptual, are important to the study of military history. U.S. Navy photo by Frank Blazich.

The four-day conference allowed for college and university professors, historians of federal agencies, independent scholars and military officers to discuss how borders and boundaries – geographic, political or conceptual, are important to the study of military history.

By participating, NHHC historians were able to discuss the results of their research with others working in the field of U.S. naval history and other closely related fields.

“We spread knowledge of the work and resources of NHHC among a specialized group of scholars whose work in U.S. naval history will benefit from this knowledge,” said NHHC Senior Historian Michael J. Crawford, Ph.D.  “Our participation disseminates new knowledge of the Navy’s history and heritage and improves the abilities of our historians to advance that knowledge.”

Some of the NHHC historians wrote about topics related to World War I and the U.S. Navy and presented their work to get feedback from other scholars in attendance, who may have access to collections of documents that otherwise may not been included in past research or known to exist. 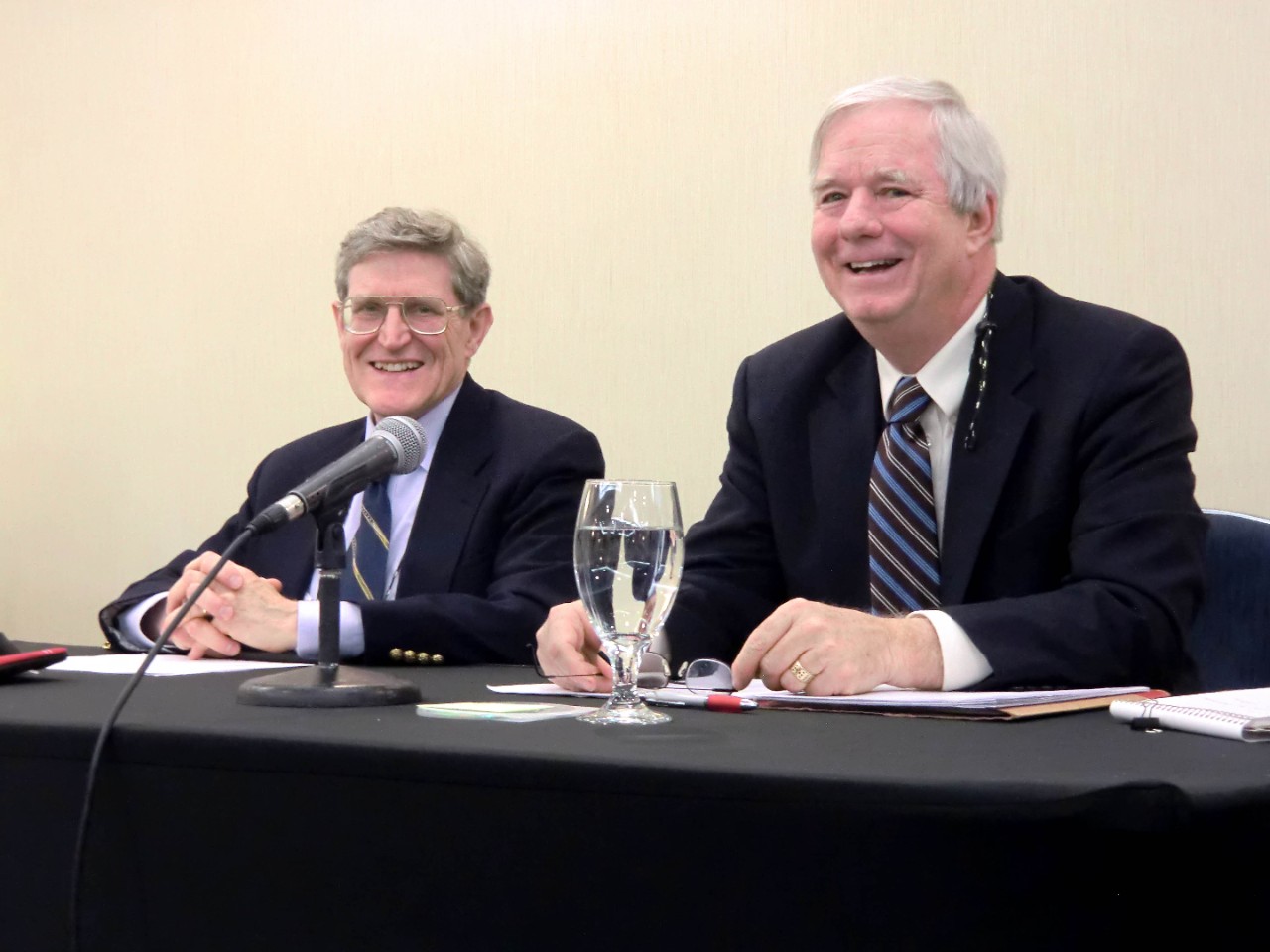 To read some of the papers NHHC historians presented at the 83rd annual meeting of the Society for Military History, visit the command’s website:

--  “The Bone and Sinue of the Population: Western Soldiers, Masculinity, and the Fight Against Slavery During the American Civil War" by Peter C. Luebke  http://go.usa.gov/cuqDH

One current project of NHHC historians includes an update to the World War I documentary history compiled by Commodore Dudley Wright Knox in 1921.  A prominent naval historian, Knox oversaw the Navy Department’s historical office, predecessor to what is now known as NHHC.

Knox’s documentary, which was never printed due to a limited budget in the 1920s and the subsequent Great Depression, primarily focused on the operational aspects of WWI.  Once completed, the updated version will include operational documents compiled by Knox, and will focus on the war’s administrative and logistical requirements along with the experiences of the American Sailor, to include women and minorities of the U.S. Navy in WWI. 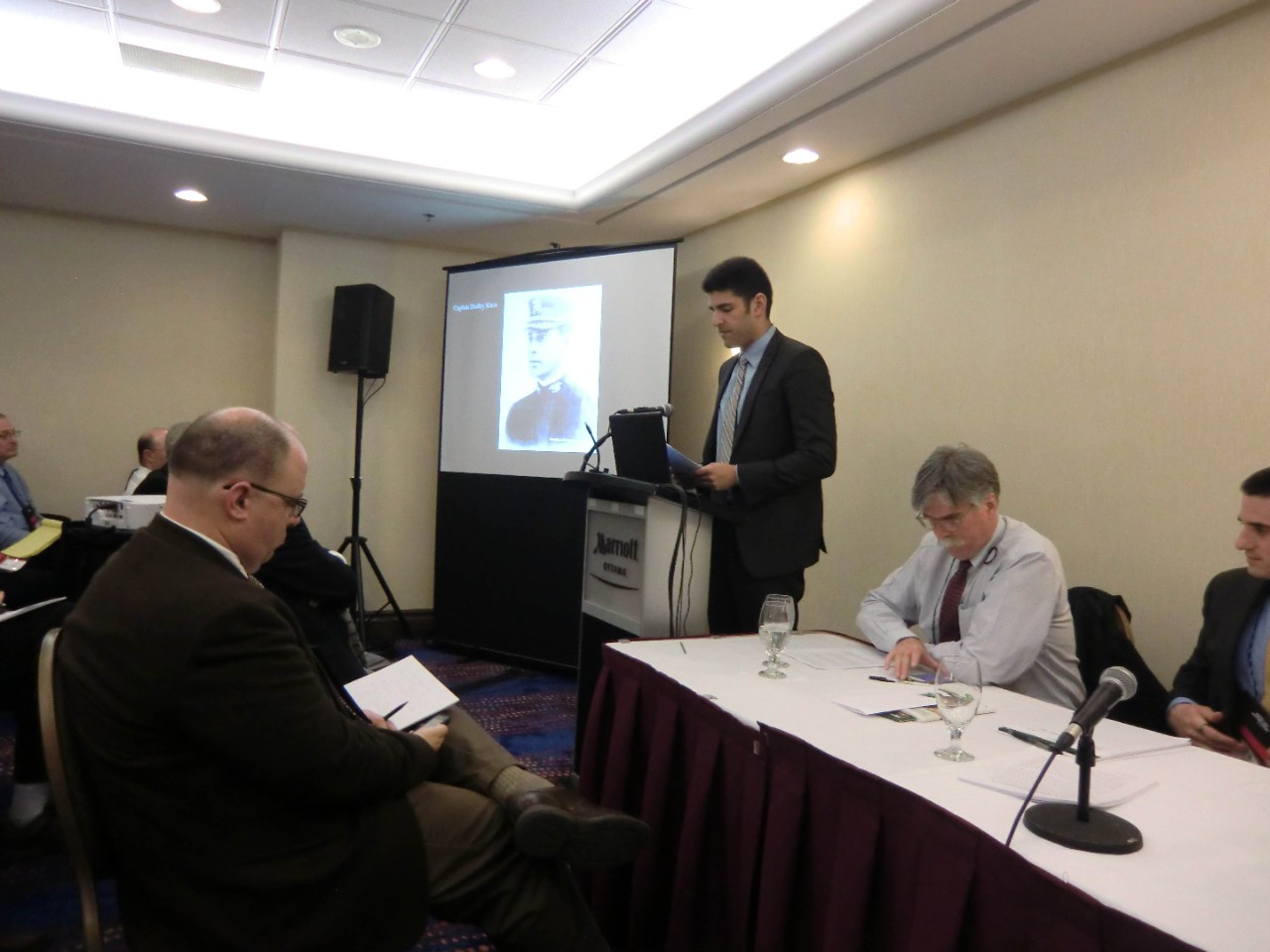 Caption: OTTAWA (April 15, 2016) S. Matthew Cheser, historian at Naval History Heritage Command, presents his paper "'With a View to Publication': The Unfinished Documentary History of World War I" to the 83rd Society of Military History conference attendees April 15. The four-day conference allowed for college and university professors, historians of federal agencies, independent scholars and military officers to discuss how borders and boundaries - geographic, political or conceptual, are important to the study of military history. U.S. Navy photo by Frank Blazich.

“It’s great getting to talk with fellow experts who know document holdings,” said Sidney Cheser, a historian at NHHC.  “Through collaboration, they can directly help with current and future projects.”

Originally established in 1933 as the American Military History Foundation and later changed to the Society of Military History in 1990, it is devoted to stimulating and advancing the study of military history.  Its current membership of more than 2,700 people has included many of the world’s most prominent scholars, soldiers, and citizens interested in military history.

“Participation in professional historical conferences, by giving and listening to scholarly presentations, as well as through more informal contacts with other attendees, directly advances the mission of NHHC,” Crawford said.

Furthermore, Crawford believes this sort of professional engagement with the history community supports Chief of Naval Operations Admiral John Richardson’s design for maintaining maritime superiority.  Preserving and sharing naval history as widely as possible ensures the lessons of history are remembered across a broad group of the public and Sailors – an essential element of achieving high velocity learning at every level of the Navy.