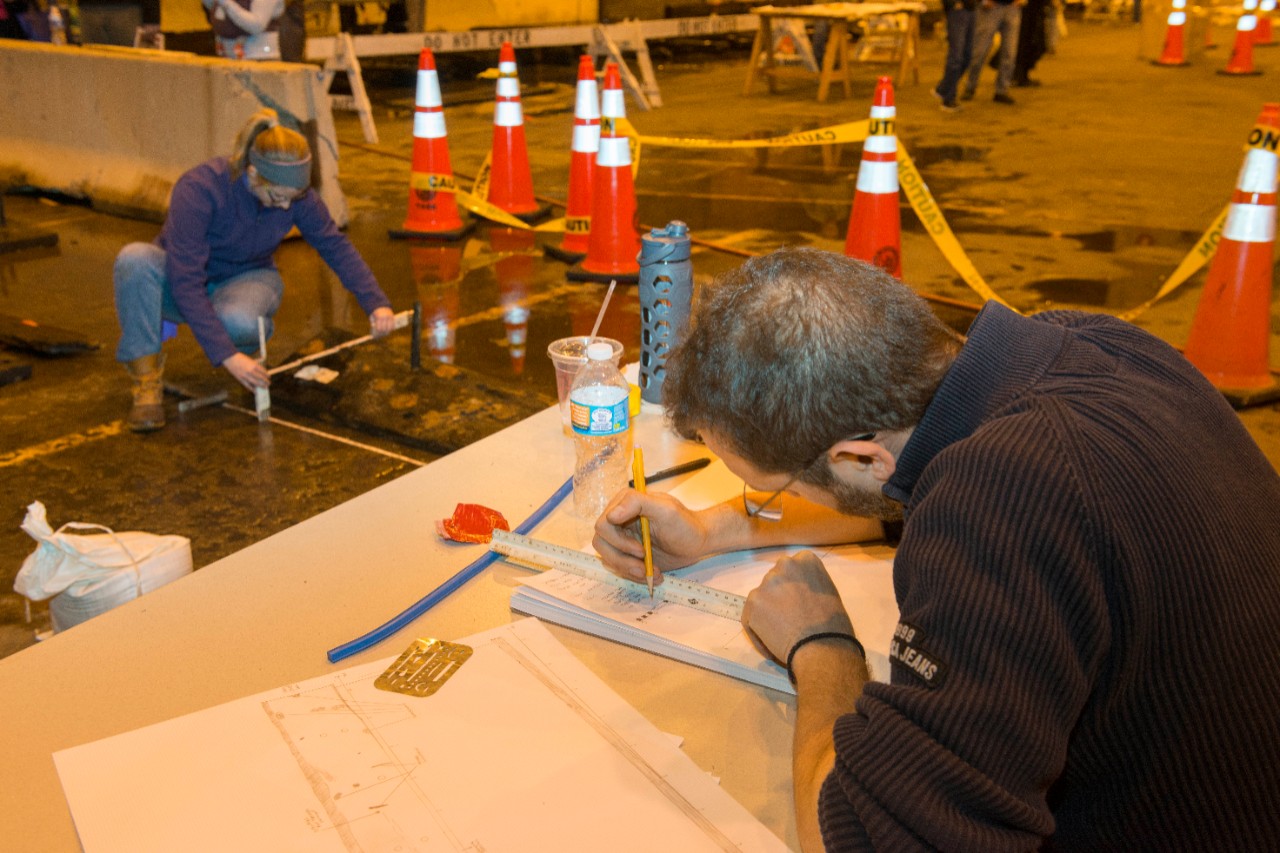 “We have the Navy team here helping us because their eyes are so much better in terms of looking for features that are significant on a wooden ship,” said Alexandria City Archaeologist Francine Bromberg. “We have relied greatly upon their help and expertise to get a better understanding of what the ship was like.”

NHHC archaeologists used tools such as measuring tapes, calipers and plumb bobs to measure the remains. Data collected on the curvature of the frames could reveal the shape of the hull, according to UAB archaeologist George Schwarz, Ph.D.

“We are recording each one of the timbers so that we can learn about the ship construction and see if there are any maker’s marks or other indications of specific construction techniques,” Schwarz said.

The recovered ship was built with thousands of trunnels to connect the different elements together. Also called treenails, trunnels are wooden pins that swell when exposed to moisture, contributing to watertight integrity.

“It’s a very strong, robustly built ship, and the extensive use of the trunnels is an indication of how structurally sound this ship was,” Schwarz said. “They put a lot of effort into the construction because the builders had to fabricate each wood pin, drill each hole in the timbers by hand, and then plug both elements to attach the planks to the frame. It represents a lot of work.”

UAB was first contacted in December when the buried ship was found at the construction site of a new hotel. The branch observed the site and provided advice on maritime archaeology and options for preservation.

“While the ship was in position, we used a photo scan program that allowed us to take photographs around the site itself, and then the program basically matched the pictures together and stitched different points to create a photographic 3-D model” Schwarz said. 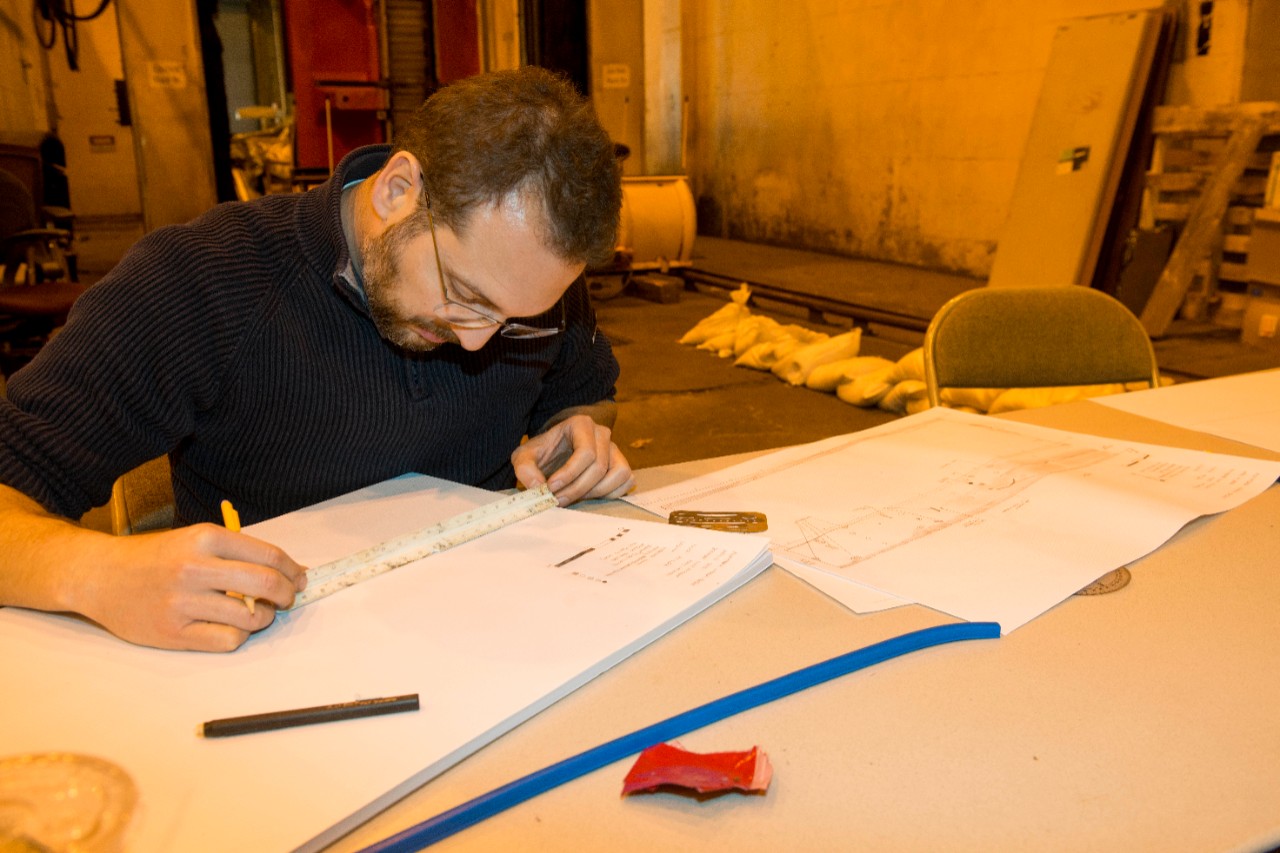 Alexandria was built around a shallow cove with two points jutting out into the Potomac River. In order to make Alexandria a major maritime port for ocean-going traffic, the entire cove was filled between 1749 and 1798. The ship was likely intentionally used as landfill, according to Bromberg.

“We are excited to be here because it brings our interns an up close and personal experience on how to document ship construction and ship timbers,” said UAB archaeological conservator Shanna Daniel. “And it helps us practice for projects that will come to us in the future.”

The remains of the Continental Navy schooner Royal Savage are at the UAB warehouse at the Washington Navy Yard. Similar to the ship in Alexandria, the remains of the schooner were disassembled shortly after they were recovered from Lake Champlain. UAB plans to record each timber to explore the potential for a reconstruction of the ship. Find out more about UAB's work with Royal Savage here: http://usnhistory.navylive.dodlive.mil/reconstructing-naval-history-the-3d-scanning-of-royal-savage/

The UAB program was founded in 1996 due to an emerging need for the Department of the Navy to study and preserve its submerged cultural resources. Today, UAB's mission is to manage research, conserve and interpret the Navy's collection of sunken and terrestrial military craft, which includes over 2,500 shipwrecks and 14,000 aircraft wrecks distributed across the globe.

“As archaeologists, we are interested in contributing to the maritime history of the United States,” Schwarz said. “We are learning more about our collective maritime past by working on this project, whether it is a military vessel or not.” 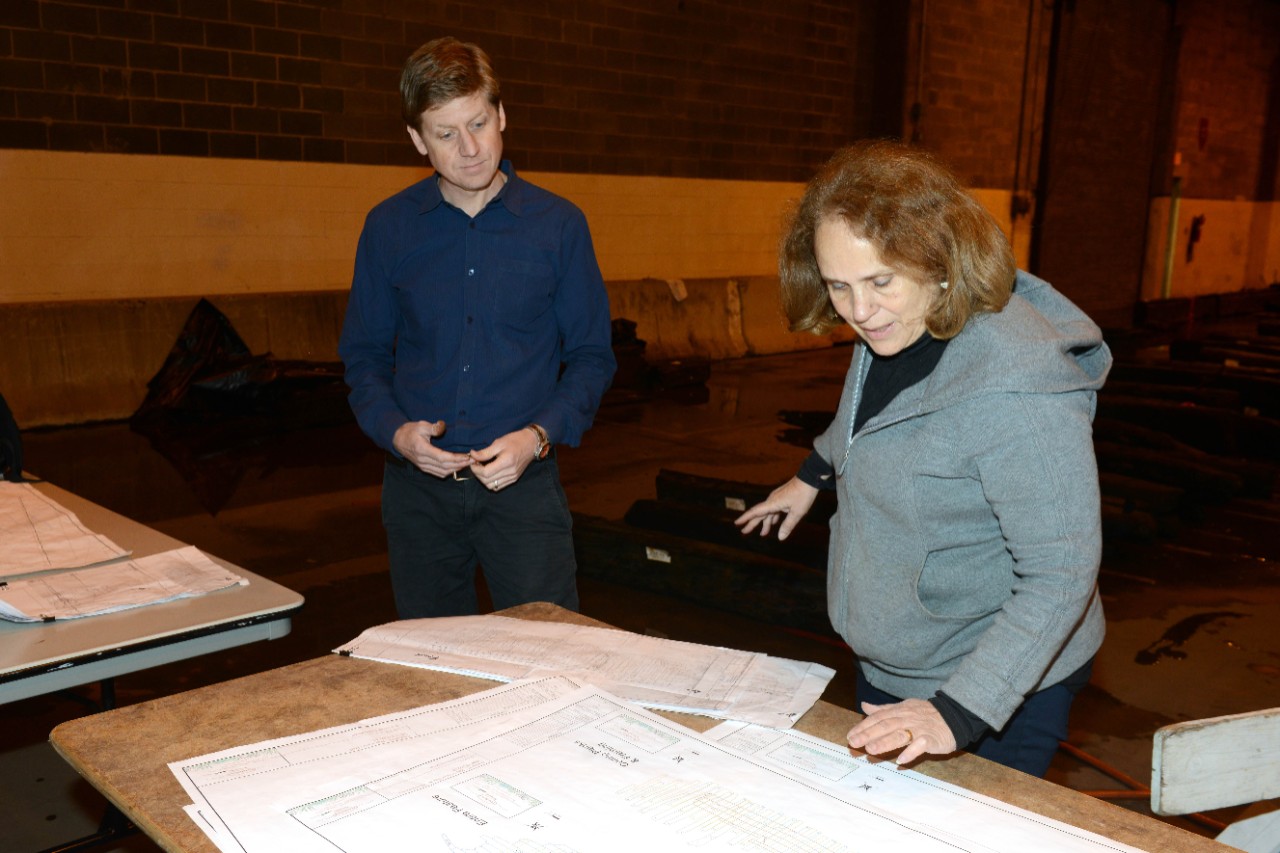