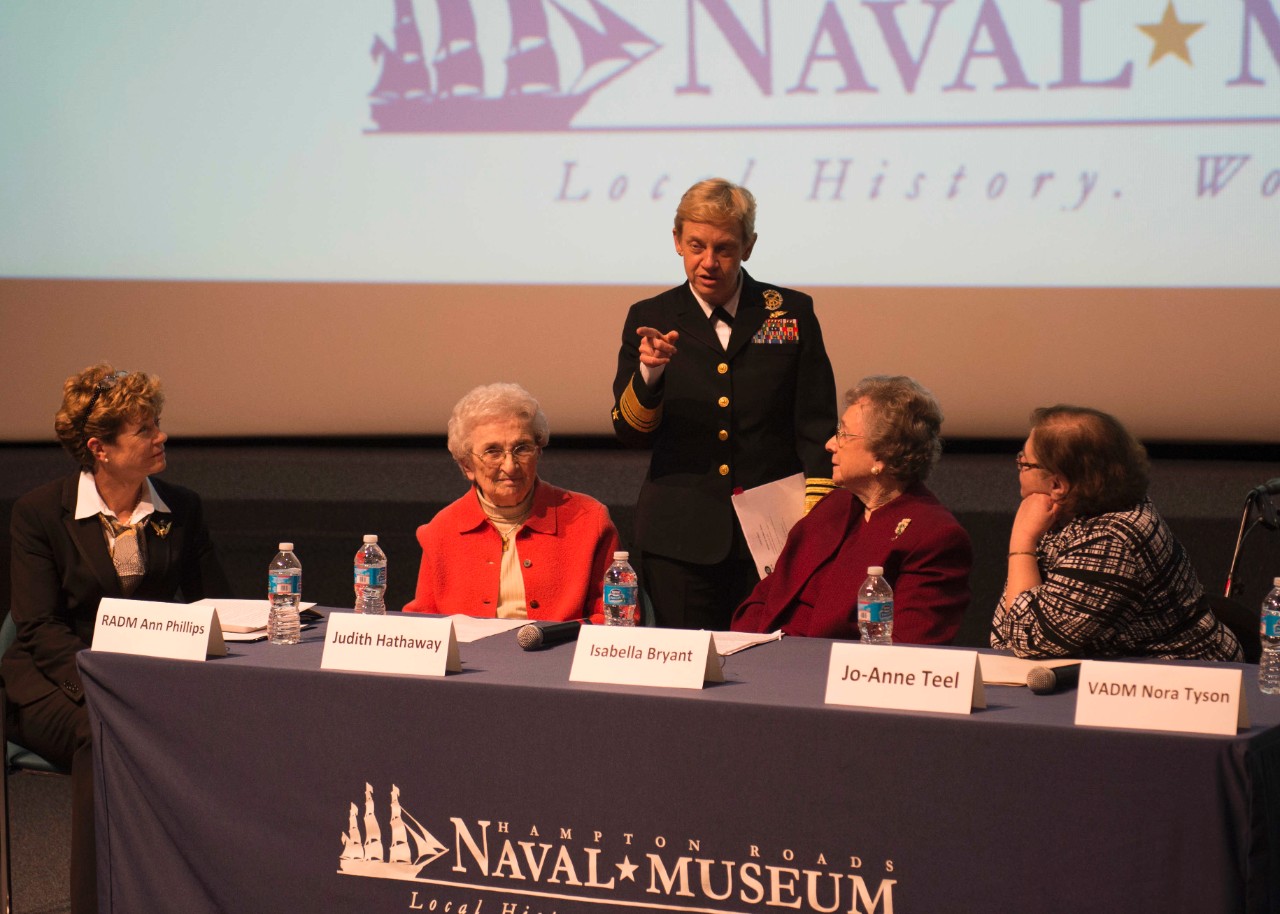 In conjunction with Women’s history month, the museum hosted the panel to commemorate women in the Navy for their service and contribution to the fleet.

The discussion was moderated by retired Rear Adm. Ann Phillips.

“These four remarkable women have had the courage to serve their country in time of war, under difficult circumstances and when such service for women was, to say the least, unusual,” said Phillips in her introductory statement to the audience.

Today women make up 18 percent of the Navy’s total force, with more than 59,000 active duty and more than 9,000 reservists. However, when panelist Judith Hathaway was sworn in Oct. 13, 1942, women in the Navy were few and far between.

“In the early days the WAVES were called a novelty,” said Hathaway, “but I’ve always been very grateful for the chance I had to serve.”

Isabella Bryant, another WAVES member, was 20 years old when she joined in August 1943. After her boyfriend, who served in the Air Force, died, she decided to enlist to help the war effort. One of her naval accomplishments was decoding message traffic in Hawaii as an SPQ2, or Specialist (Communications) Petty Officer 2nd Class.

When Phillips asked Bryant what she would tell young women considering naval service today, Bryant emphasized some of the benefits that come with service.

“I would say [a benefit is] an opportunity for an education,” said Bryant. “The greatest thing that you can have is an education. Then you can get a good job, and you can take care of your family and your children and have an opportunity in the community for people to look up to you instead of look down.”

Chief Jo-Anne Teel served in the Navy from 1973 to 1993. During that time she saw the transition from WAVES to WIN (Women in the Navy).

“People ask ‘well don’t you have any regrets?’ Yeah, there’s a few here and there, but it was the best decision on my life,” said Teel.  “I’m proud to say that I’m a retired chief.”

“I thank my lucky stars that I was born when I was born,” said Tyson. “I landed in an organization that is just incredible with incredible people, and I just think there’s no nobler profession than serving your country. I just feel very fortunate to have done that for now 36 years.”

The event concluded with a reception where guests could interact one-on-one with the panelists while surrounded by Navy memorabilia in the museum’s lobby.

The HRNM introduces visitors to over 239 years of U.S. Navy history in the Hampton Roads area. One of 10 official U.S. Navy museums reporting to the Naval History and Heritage Command in Washington, D.C., the HRNM houses a rich collection of authentic uniforms, weaponry, underwater artifacts, detailed ship models and artwork.

For more information on the museum and their upcoming events, visit www.hrnm.navy.mil. 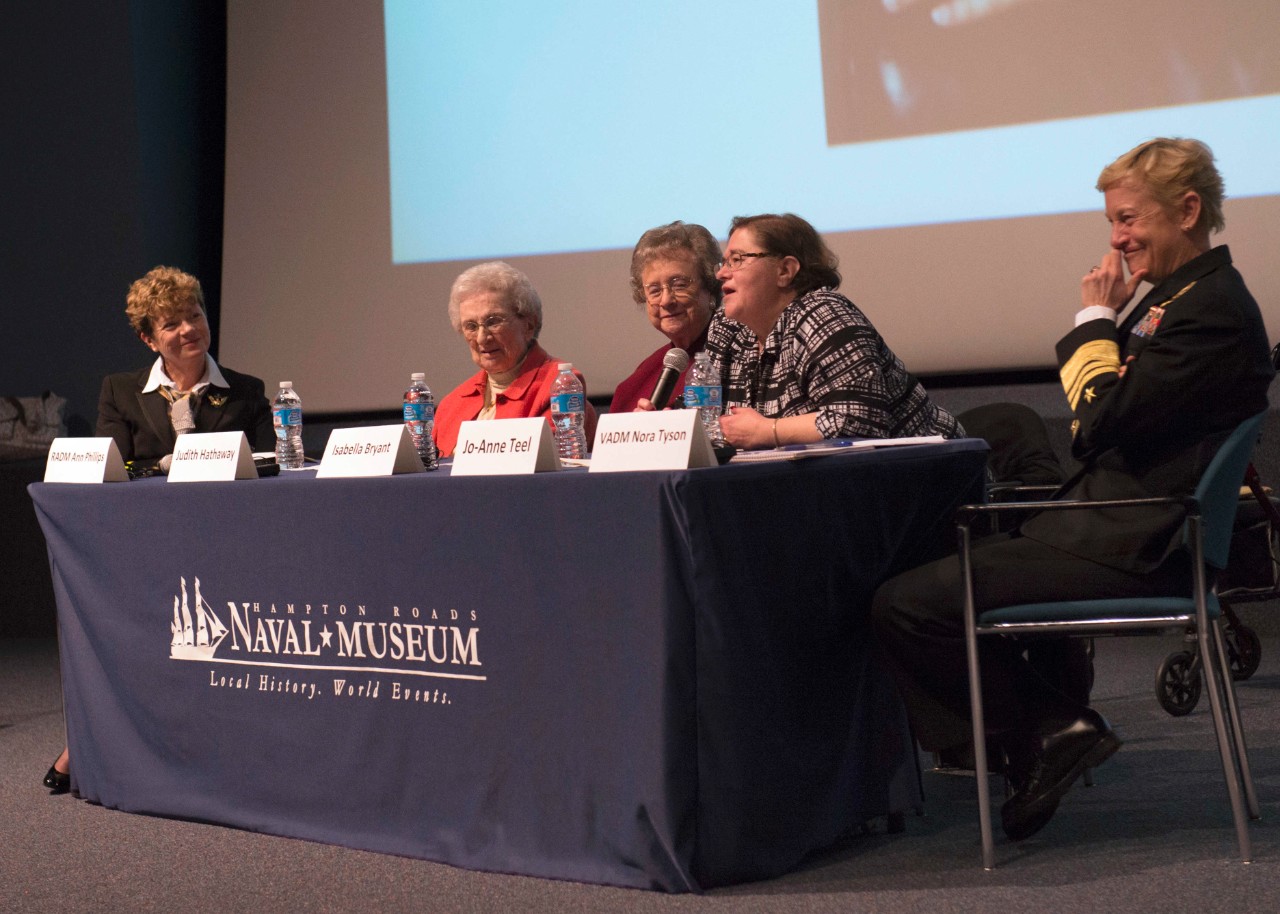