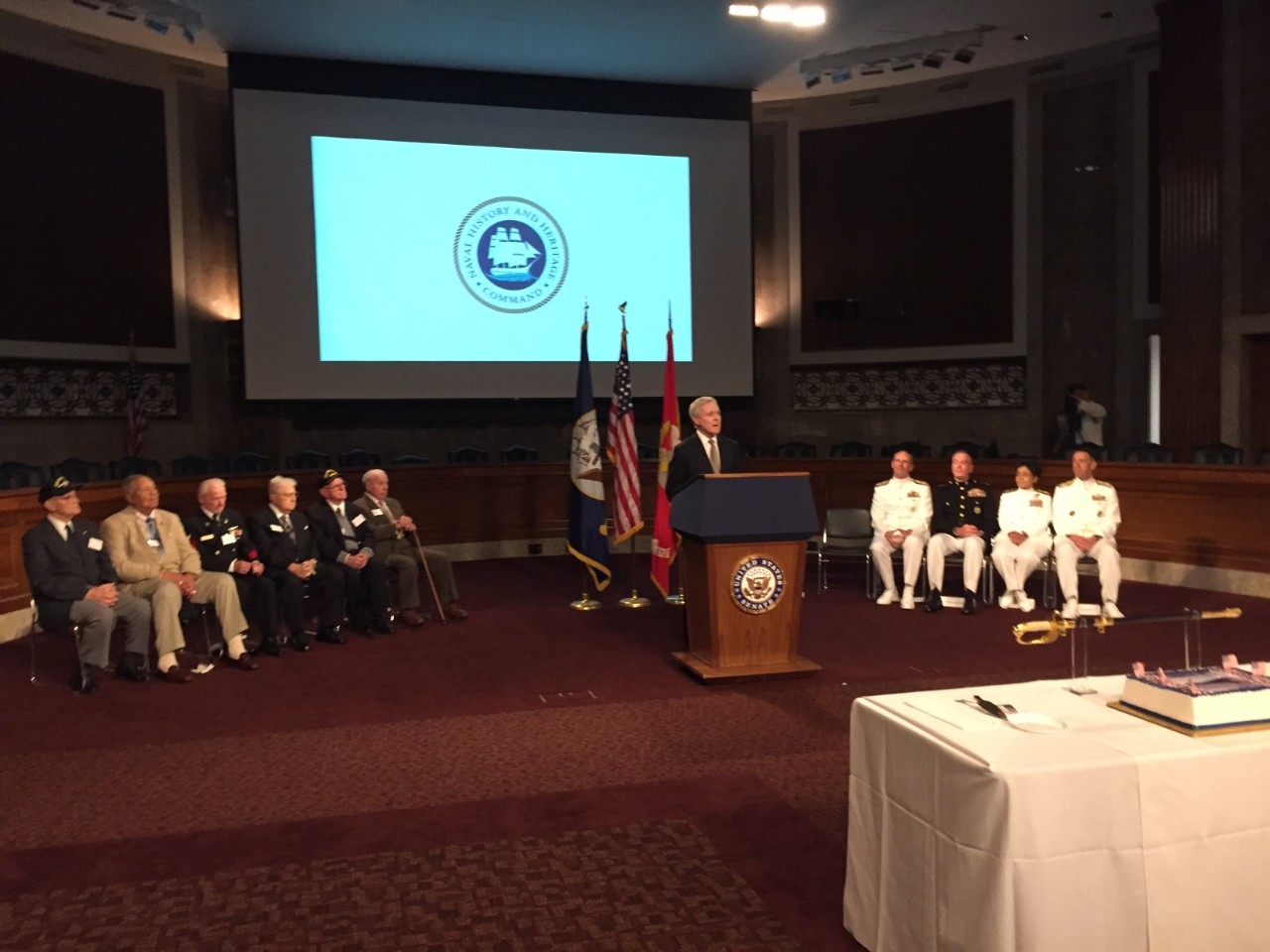 While a three-piece band played, guests viewed paintings depicting the Battle of Midway, and artifact exhibits from the Naval History and Heritage Command. Comments were also delivered by the veterans and Mabus.

The Battle of Midway took place from June 4-8, 1942, and is considered to be a turning point for the allied forces in the Pacific campaign of World War II. The battle proved to be the first decisive victory by the United States in the war with Japan.

Though only seven months after the Japanese surprise attack on Pearl Harbor, the battle demonstrated to all that the U.S. would stand and fight in the Pacific.

"We have a number of artifacts that date from the entirety of the Pacific war," said Sam Cox, director of the Naval History and Heritage Command. "Probably the most significant one is the brass plaque that was on board the USS Missouri for the Japanese surrender at the end of the war, which would have taken much longer had it not been for the victory at the Battle of Midway."

Mabus touched on the presence these veterans have brought to the Navy over the past 70 years.

Learn more about the Battle of Midway at http://www.history.navy.mil/browse-by-topic/commemorations-toolkits/battle-of-midway.html