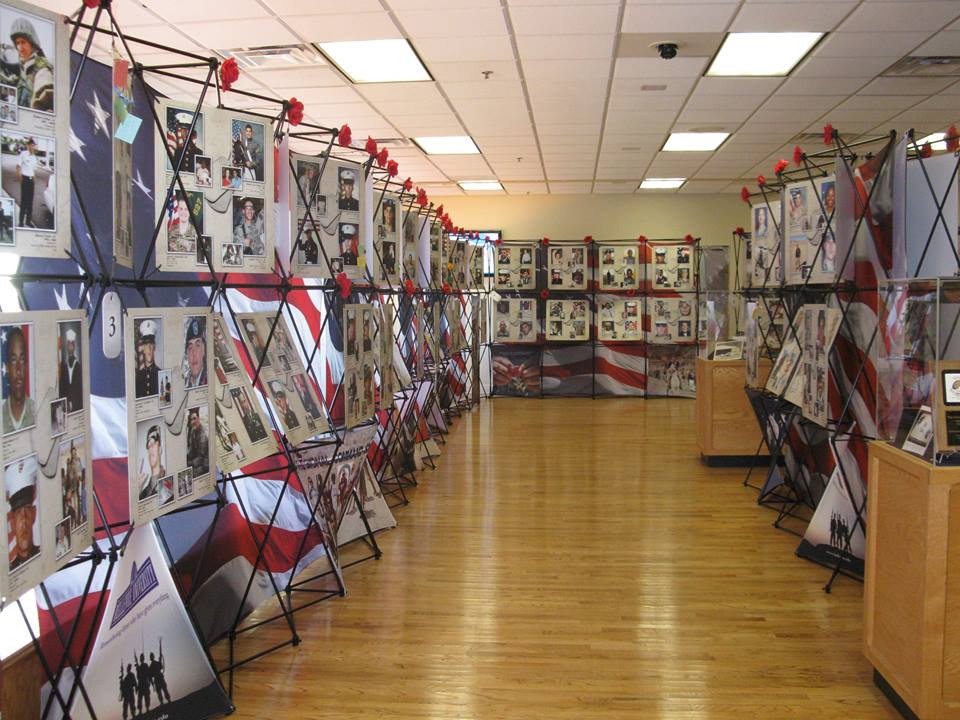 Caption: Remembering Our Fallen exhibit will be on display at the National Naval Aviation Museum July 2-16. Photo courtesy of Remember Our Fallen

In advance of the celebration of our nation’s 239th birthday, visitors to the National Naval Aviation Museum have the opportunity to reflect on the sacrifices that servicemen and women from the Sunshine State have made in defense of freedom in a traveling exhibit titled Remembering Our Fallen.

Featuring photographs of the more than 300 Floridians who have died as result of their injuries in Iraq and Afghanistan since 9-11, the traveling exhibit will be on display beginning July 2 and can be viewed until July 16.

The concept of the memorial dates to November 2010, when Bill and Evone Williams of Omaha, Neb., read a story in their local paper about the father of a serviceman killed in action in Iraq, who expressed concern his son had been forgotten even as the wars in Iraq and Afghanistan continued.

This inspired the couple to create a temporary exhibit honoring all of Nebraska’s sons and daughters who died in the Global War on Terror, its impact on the families of the deceased and the general public, inspiring a project to create similar panels for all 50 states.

Thus far, Florida is one of 22 states for which a memorial has been completed through the work of the Williams’ non-profit Patriot Productions (http://www.rememberingourfallen.org/).

“It is important for our visitors to not only understand and appreciate the people and events of decades past,” said Acting Museum Director Robert Macon, “but also gain an appreciation for the history that is being made on the battlefields of today through the sacrifices of young men and women in uniform.  This is particularly the case given the fact that the museum is located on board NAS Pensacola, which trains thousands of personnel for service on the front lines.”

Florida’s Remembering Our Fallen was dedicated in March 2015, in Palm Bay and Pensacola is one of the stops on a tour of locations around the state.

The National Naval Aviation Museum is open from 9:00 am to 5:00 pm on board Naval Air Station Pensacola, Florida.  For further information about the museum, please call 850-452-3604 or visit our website at www.navalaviationmuseum.org.