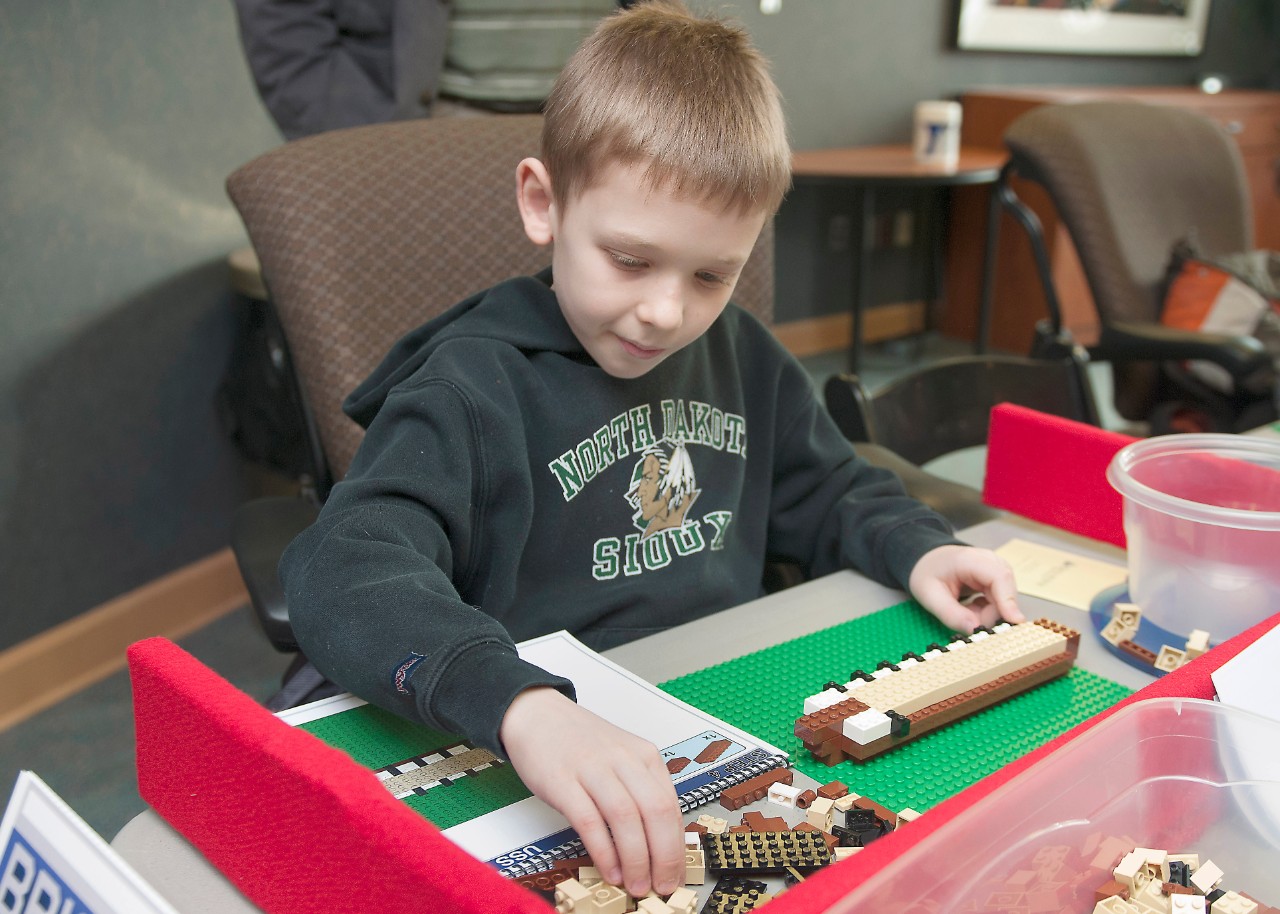 Many of the event's volunteers and participants were current or former Sailors, including retired Damage Controlman 1st Class Charles Cash, who built a naval ship model with his son, Alexander.

"Events like these bring out their [the children's] creativity and give them a chance to socialize with other kids who love Legos as much as they do," said Cash.

The expansion came out of a desire to judge the projects according to the time spent building them, said HRNM Public Affairs Officer Susanne Greene.

"After doing this for the past three years, we felt it really wasn't fair for somebody who had a month to work on their ship to compete with somebody who just had a few hours," said Greene. "So this year we decided we need to have two separate shipbuilding competitions."

Ship models were judged based on three categories: creativity, aesthetic and originality. HRNM awarded prizes for five categories: one for each age group ranging from ages 4 to adult, as well as a fan favorite determined through popular vote at the end of the event.

Another new edition to the contest this year was the tabletop "dry docks" created for the on-site shipbuilding activities. The dry docks were color-coded based on skill level, with four levels ranging from easy to expert.

"We've spent the last couple years trying to figure out some way to separate the seats so that Legos don't go everywhere when you dump them out," said HRNM Deputy Education Director Laura Orr. "The first year we did this we put tape along the tables to separate the seats," said Orr. "It didn't do anything, and Legos went everywhere."

"Combining Legos with shipbuilding is perfect for us," said Orr. "It's a good way to teach science, technology, engineering and math, which can be tough in a history museum."

Shipbuilder Alexander Cash, who is in fifth grade and attended the event with his father, said he enjoyed the event at the museum.

"I just like it here because you get to bring your creativity and bring out your ideas," said Alexander.