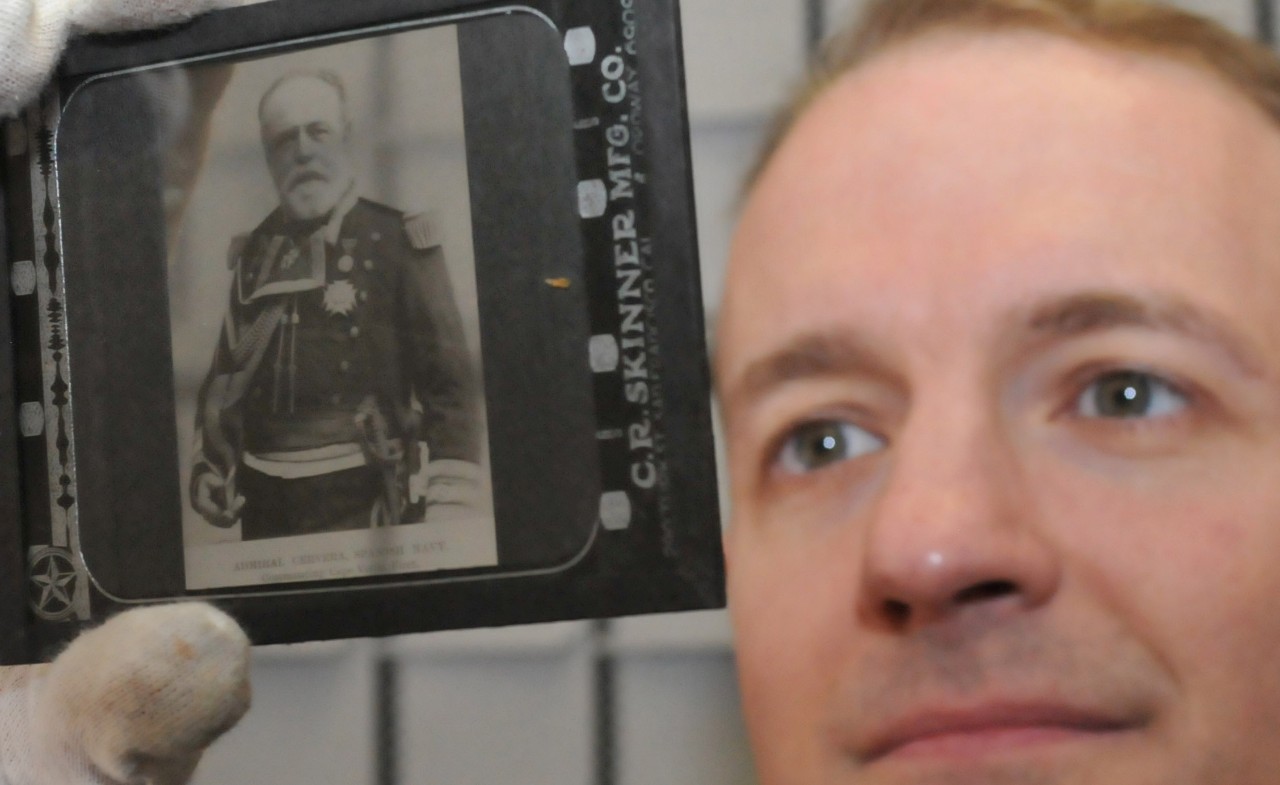 WASHINGTON (NNS) -- Photographic archivists from the Naval History and Heritage Command rediscovered a donation Feb. 5 in their backlog that may not have been seen by the public for more than a century: a box containing about 150 original glass plate photographs from the Spanish-American War.

According to Lisa Crunk, NHHC's photo archives branch head, the find is amazing.

"The plates were individually wrapped in tissue paper and include full captions and dates, which were likely prepared by the photographer, Douglas White," said Crunk. "The glass plates are in perfect condition and housed in a large wooden box with a leather strap, which likely allowed for it to be carried by the shoulder."

Further enhancing the provenance of the collection was an etching on the cover of the box:
Photographic Slides
US Naval Military Activities
In and Around Manila
Spanish - American War - 1898
and Philippine Insurrection
Douglas White
War Correspondent 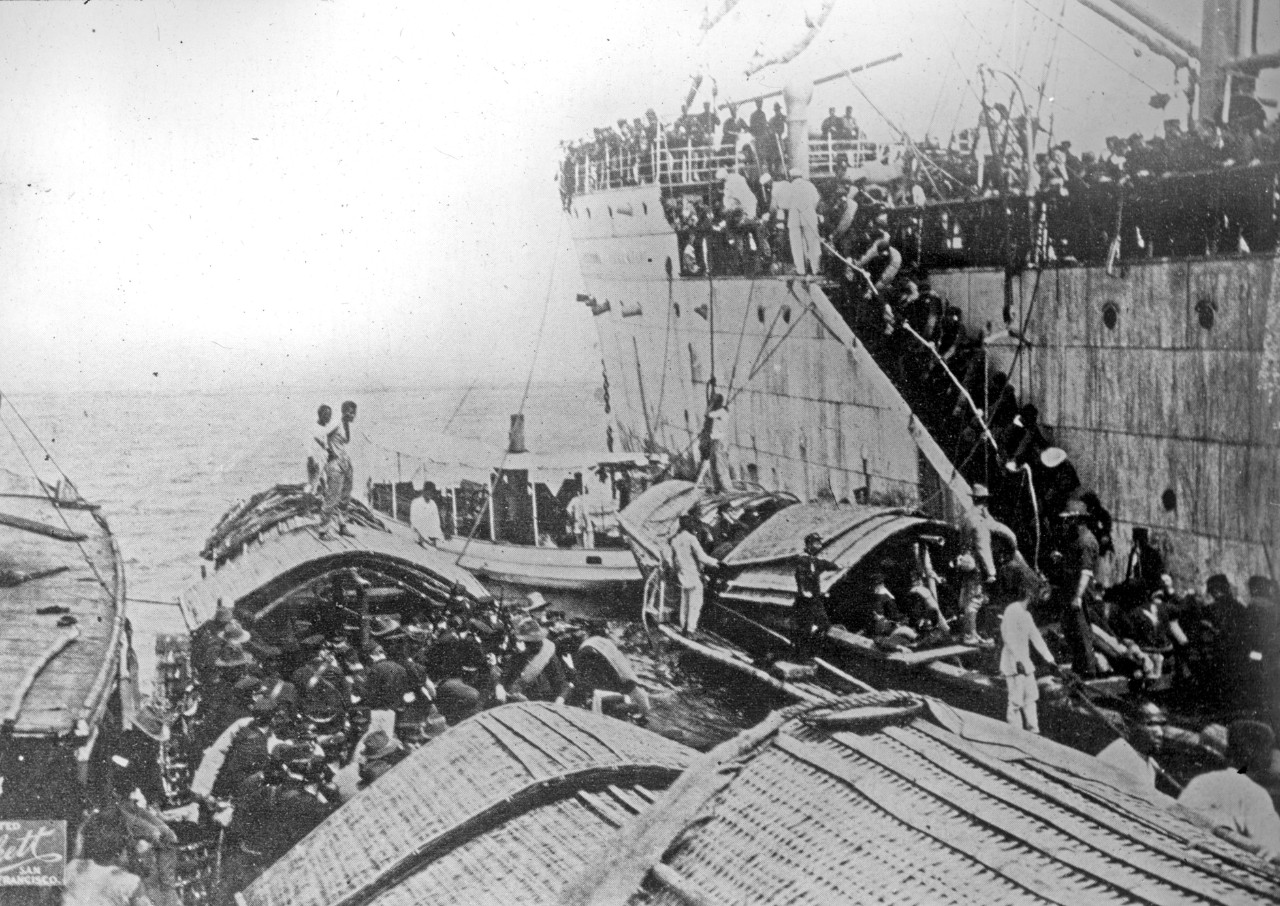 Description: An undated photo show American troops disembarking from a ship onto small boats near Cavite, Phillipines in 1898 or 1899.

"Research on Mr. White discovered that he was a special war correspondent of the San Francisco Examiner during the Philippine War," said Crunk.

Crunk says the collection is significant because the Navy played a central role in nearly every aspect of the Spanish-American war from logistics to diplomacy.

"American planners and leaders anticipated that the fight with Spain would be primarily a naval war," she said. "The U.S. Navy's victories at Manila Bay and Santiago de Cuba were pivotal events that turned the course of the war and joint Army-Navy operations at Santiago, Puerto Rico, and Manila sealed the success won by the U.S. Navy's command of the seas."

The box of glass plates were found in an archival storage space as the photo archive team was preparing for a major renovation project. The entire collection is being rehoused into new archival enclosures and shelving units.

The discovery was made by archivists Dave Colamaria and Jon Roscoe during a survey phase of the renovation project.

"Once it was realized what they had uncovered, there was tremendous excitement amongst the staff, especially the historians! The images are an amazing find, though they were never really lost - they were simply waiting to be re-discovered," she said. 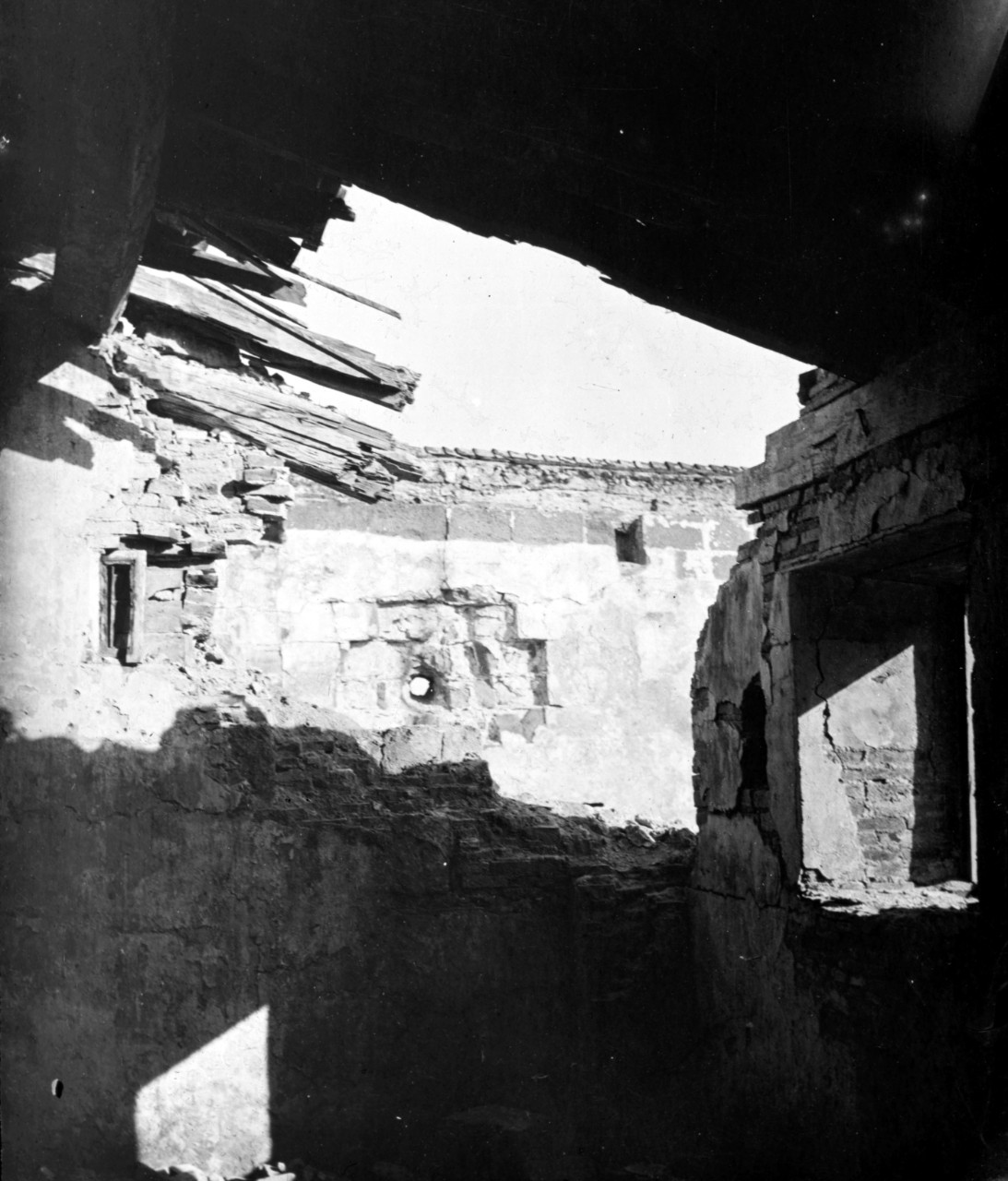 Plans for NHHC's photo collection include high resolution digitization, cataloging and eventual exhibition on the organization's website. It's part of ongoing dedication of resources and effort across the entire NHHC enterprise to reduce the command's backlog of history, artifacts and art, renovate its facilities, support its museums, and maintain historic ships and aircraft in its collection.

The Naval History and Heritage Command, located at the Washington Navy Yard, is responsible for the preservation, analysis, and dissemination of U.S. Naval history and heritage. It is composed of many activities including the Navy Department Library, the Navy Archives, the Navy art and artifact collections, underwater archaeology, Navy history, nine museums, USS Constitution repair facility and the historic ship Nautilus.