NHHC's exhibit displayed an ever-changing array of artifacts, histories and personnel that engaged the SNA audience to paint an indelible picture of history's importance to the Navy's missions.

Alexis Catsambis (PhD), a scientist from NHHC's Underwater Archeology Branch, spoke to many visitors about the Sunken Military Craft Act, a law which provides protection of sunken U.S. military ships and aircraft wherever located, protection for the graves of lost military personnel and protection of sensitive archaeological artifacts and historical information. On display were brass uniform buttons, a rotator indicator and ale bottle from USS Tulip.

The ship was a wooden-hulled, steam lighthouse tender that sank in 1964, while en route to the Washington Navy Yard for repairs.

"The U.S. Navy's sunken military craft are a multi-faceted collection of approximately 17,000 sites located around the globe," said Catsambis. "It was particularly rewarding to observe that visitors and participants of the 2014 SNA symposium recognized the importance of protecting these sites due to their potential nature as maritime graves, their archaeological or historical importance, as well as for national security, public safety and environmental stewardship reasons."

Using such diverse learning methods as pamphlets, videos, three-dimensional interactive maps, presentations and artifact displays, NHHC continued the conversation on the impact history plays on Navy missions and provide a touchstone to the public and military personnel. It is integral to the command's mission that, not only do they collect the wide variety of information and objects to tell the Navy's story, but also that they instill pride in Sailors pride for their heritage and history.

Regina Akers (PhD), an historian with NHHC's Histories and Archives Division, talked with visitors about Navy history and her specialty - Navy diversity. Akers was particularly interested in one of her visitors, Vice Adm. Michelle Howard, deputy chief of naval operations for Operations, Plans and Strategy, who was a panelist for a discussion on the Pacific. A surface warfare officer, Howard was confirmed by the Senate Dec. 20 for promotion to admiral and to serve as the next vice chief of naval operations, making her the Navy's first female four-star admiral.

"She appeared to enjoy herself very much," Akers said of the vice admiral. "She had answered a question about Zumwalt right before [she visited NHHC's exhibit] and our team was thoughtful enough to have a volume with pictures of Zumwalt during a tour of duty."

Akers and Howard talked about former Chief of Naval Operations (CNO) Adm. Elmo R. Zumwalt, Jr. as they looked at the photo album, along with copies of Z-Gram 66 (Equal Opportunity). Published in December 1970, then-CNO Adm. Zumwalt expressed his "wholehearted support of the policies on equal opportunity," and also indicated that he was "distressed by the numerous examples of discrimination black families still experience" in finding housing, for example.

The text of Z-Gram 66 can be found here.

Akers believes that a new world has opened up to women that could not have been conceived of, when the academies opened their doors to women in 1975. When Howard graduated from the academy in 1982, she was in the third class of women to graduate since the act passed.

"I am sure if we looked at [Howard] or any one of those persons graduating from the early classes of women at the academy, we probably couldn't have anticipated the options and opportunities that women have today. Vice Admiral Michelle Howard, Vice Admiral Nora Tyson, deputy Fleet Forces Command, Vice Admiral Nannette Derenzi, Judge Advocate General of the Navy - we just could not have imagined it at that time."

For more information on NHHC at the SNA Symposium, visit the NHHC Facebook page at www.facebook.com/USNHistory/. 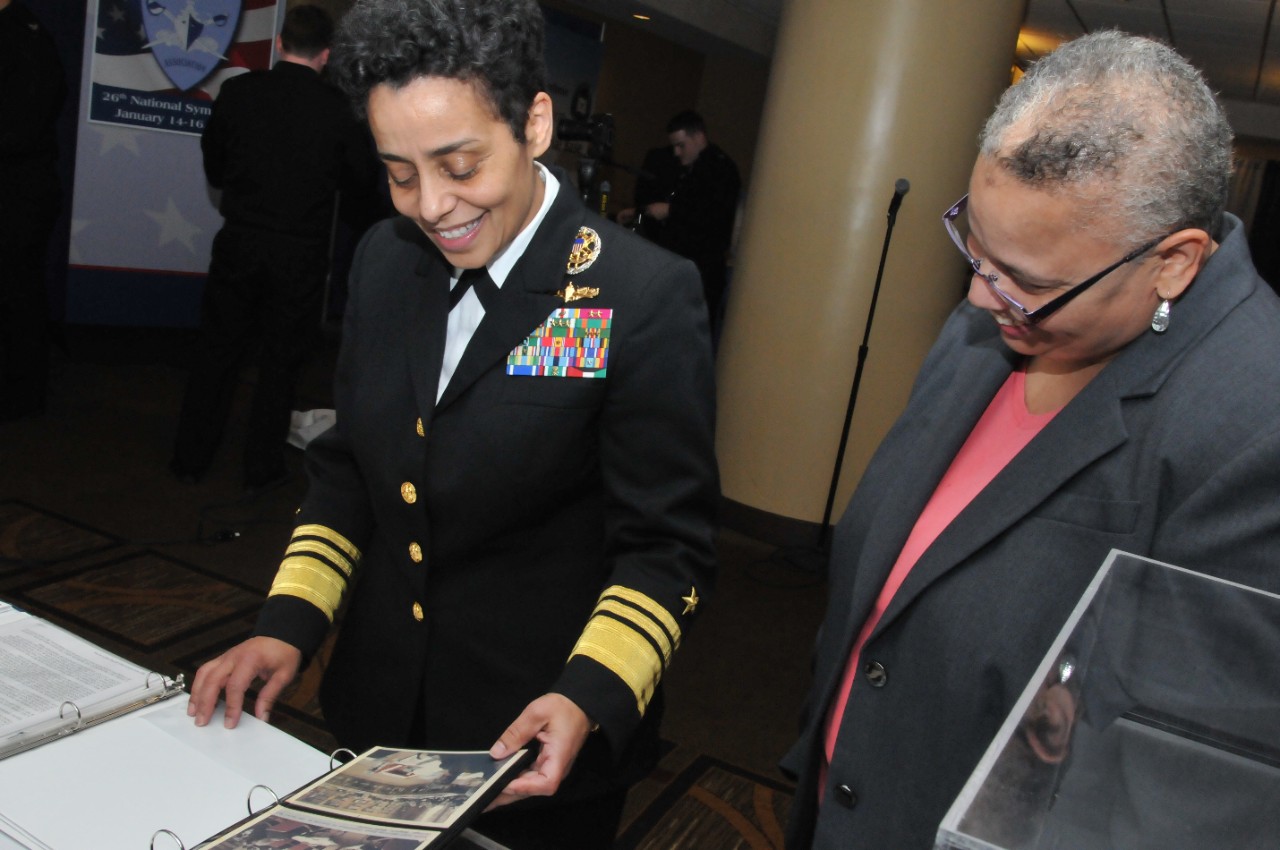