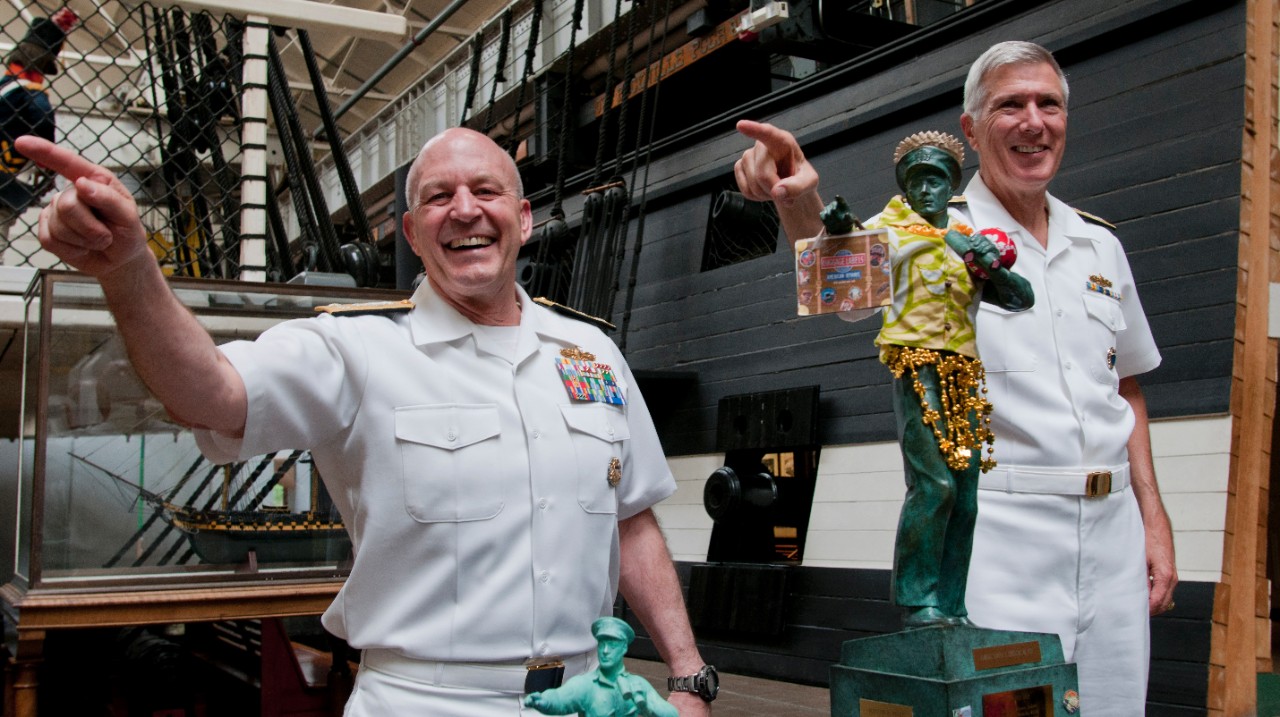 "In the Navy, we have an expression for respected, experienced and knowledgeable mariners. We call them 'Old Salts,'" said retired Vice Adm. Barry McCollough, U.S. Navy, president of the Surface Navy Association. "It is fitting that we acknowledge our lore, customs and traditions, and honor the most senior of all our active duty Surface Warriors with the 'Old Salt' designation. It is the old salts who have made it possible for our traditions to be kept alive."

The Old Salt Award is given to an active duty officer who is Surface Warfare Officer (SWO) qualified, but the recipient must be the officer who has held the SWO qualification for the longest amount of time.

The award has been earned by many admirals including former Chairman of the Joint Chiefs of Staff Adm. Michael Mullen, former Commander of U.S. Fleet Forces Adm. John Harvey and U.S. Naval Academy Superintendents such as Vice Adm. Rodney Rempt.

"I'm really kind of awed to be here," said Locklear, a 1977 graduate of the U.S. Naval Academy. "I never thought I'd make it to be the Old Salt. But, I can assure you I'll take the time-honored statue with me to Hawaii and display it proudly at [Pacific Command] headquarters and look forward to a time when I can transition it to another great surface warrior. I will take care of it, I promise you."

The names of past Old Salts have their names engraved on brass plates added to the base of the Old Salt Statue. The statue is then held in the custody of the current Old Salt for the remainder of his active duty tenure. Upon Locklear's retirement, the Old Salt statue will be passed to the next officer once determined by a search of records, a recommendation by Director of Surface Warfare, and approval by the Board of SNA.

"It's been a great honor to be the Old Salt," said Lefever. "It's a tremendous tradition and now, Admiral, you are the new Old Salt, sir."

LeFever, like all former Old Salts, will receive a replica of the Old Salt statue presented by the President of SNA at the Annual SNA Symposium Banquet. According to the SNA, the replica presentation serves to cement the initial recognition, and acts as a reaffirmation of faith by SNA nationally that receiving a surface warfare officer qualification was, is and will remain important.