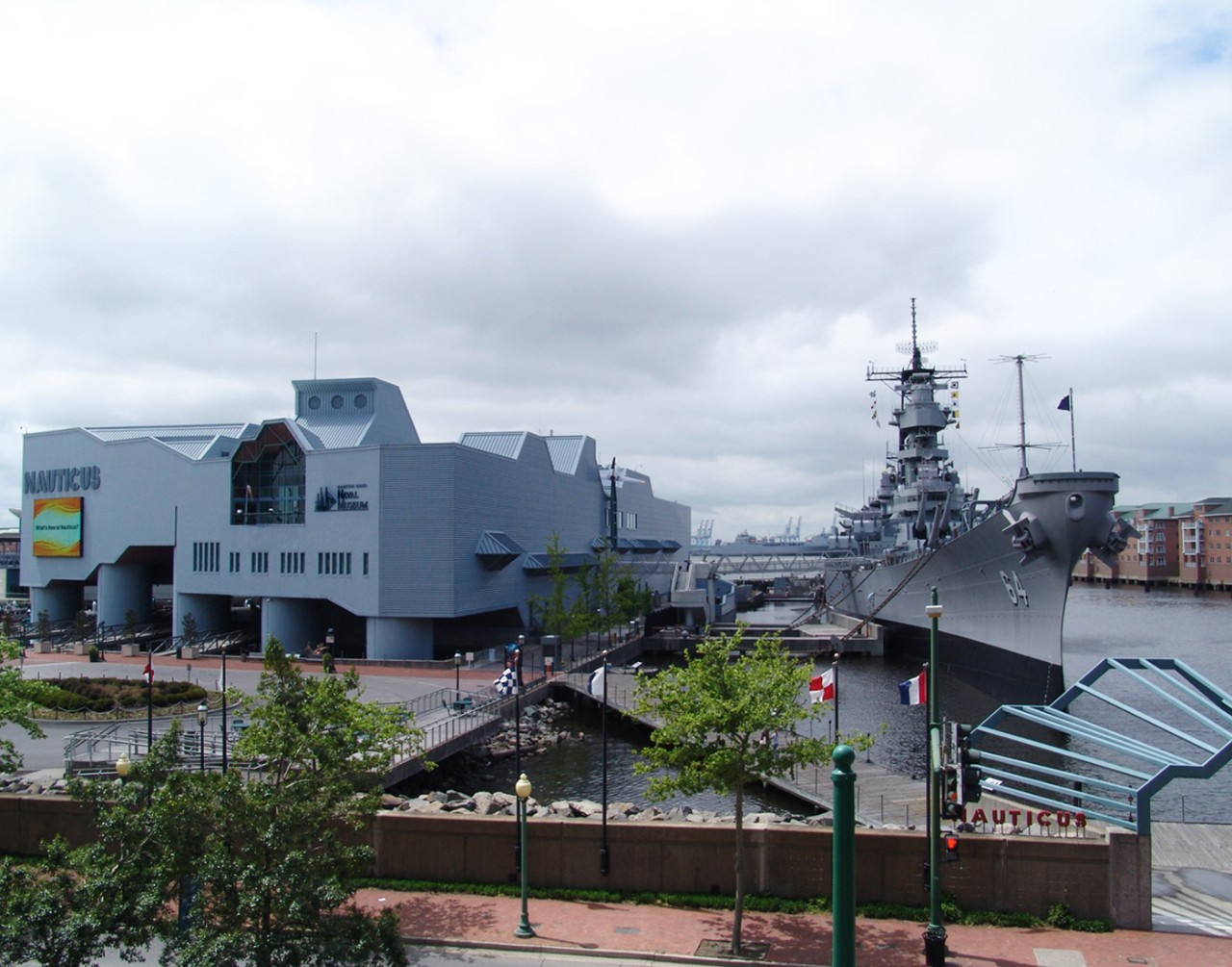 Description: 131108-N-ZZ999-002 NORFOLK (Nov. 8, 2013) An undated file photograph shows the Nauticus and the Battleship Wisconsin. The Hampton Roads Naval Museum, located on the second floor of Nauticus in Norfolk, Va., is an accredited museum operated by the U.S. Navy that celebrates the 237-year history of the fleet in the Hampton Roads region of Virginia. (U.S. Navy photo/Released)

NORFOLK (NNS) -- The YWCA of South Hampton Roads recently announced Elizabeth Poulliot, director of the Hampton Roads Naval Museum, as one of its Women of Distinction Award honorees, which will be given March 13.

She won the military category of the awards.

"We are pleased to recognize an exceptional group of women each year from our community who blaze a trail for others and serve as positive role models for all women," said Ruth T. Jones, executive director of the YWCA of South Hampton Roads.

"It is such an incredible honor to be recognized and I am truly humbled by this award," Poulliot said.

The 26th annual Women of Distinction awards luncheon is Thursday, March 13 at the Norfolk Waterside Marriott. This year, 11 women will receive the honor. The awardee were judged based on a number of criteria, including professional and civic accomplishments, in addition to how the nominees embody the values and mission of the YWCA, eliminating racism and empowering women.

Poulliot was nominated by Hampton Roads Naval Historical Foundation Board Member Channing Zucker who said the Navy has long drawn upon the widest possible set of talents and backgrounds to maximize its warfighting capability, adapt to new threats and challenges, and take advantage of new opportunities. He said that among the many areas of Navy history Poulliot emphasizes in her work as museum director, she also understands the importance of Navy people being diverse in experience, background and ideas; personally and professionally ready; and proficient in the operation of their weapons and systems.

"The Hampton Roads Naval Museum offers school programs, lectures, and military presentations that highlight the significant positive impact of minorities in our nation's naval history," he said. "During Virginia's Sesquicentennial of the Civil War kick-off at Norfolk State University, the museum staff researched, printed and made available to all academic leaders Blacks in Blue, a scholarly work on African-American contributions during the Civil War."

"The successes and empowerment of women is another focus of the Hampton Roads Naval Museum's school programs and lectures. Women comprise 15 percent of the Sea Service's total active duty force. For almost 20 years female Sailors formed part of the museum staff, and Elizabeth Poulliot worked directly as their supervisor, serving as a mentor and a model of what hard work and dedication can produce," said Zucker. 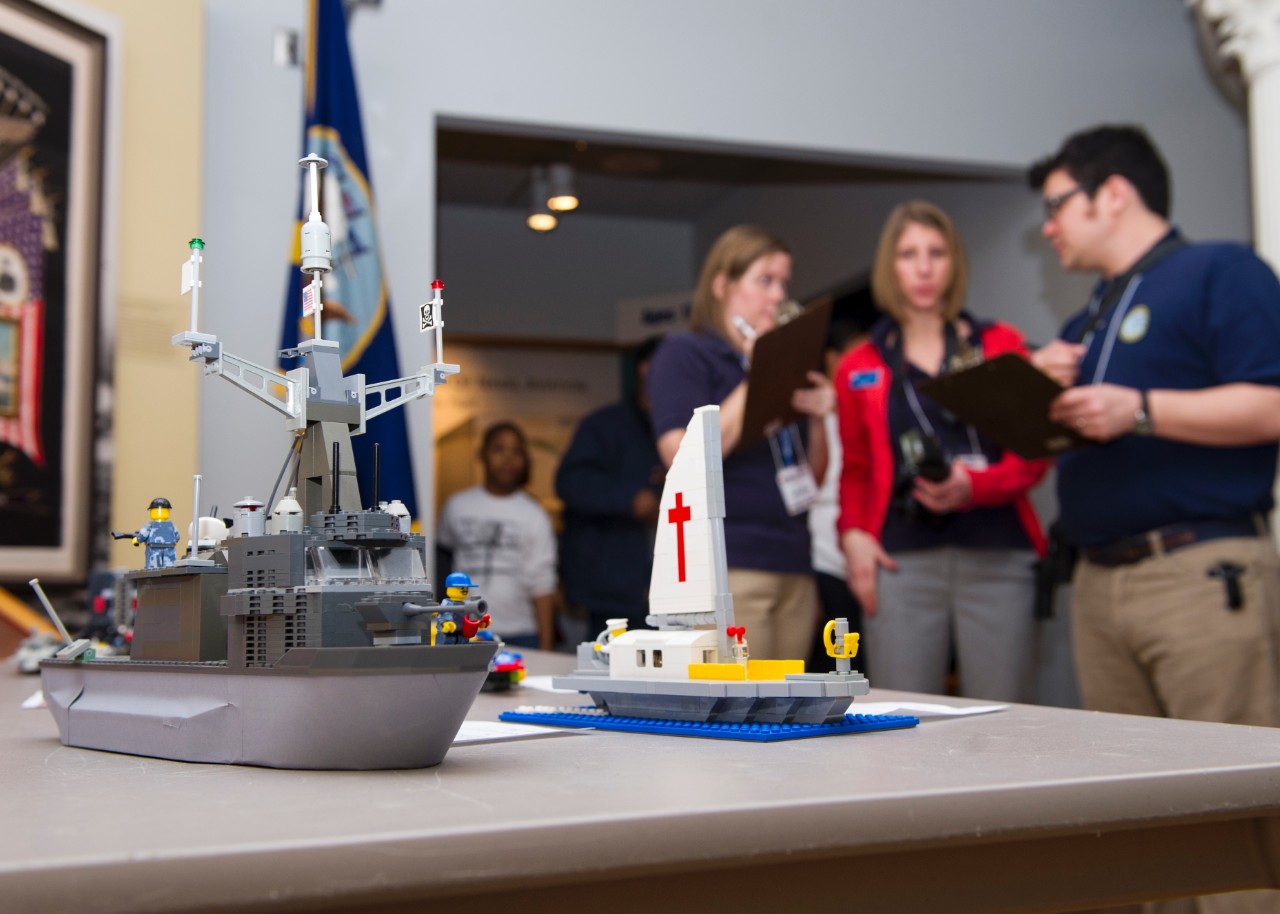 Although women have served in and with the Navy since the American Revolution, they did not become an official part of the service until 1908 when Congress established the Navy Nurse Corps. Navy's first enlisted women, more commonly known as Yeomen (F), provided primarily clerical support during World War I, but only for the duration of the war.

Nurses remained the only women in the Navy until 1942 when the service launched the program designated as WAVES, the acronym for Women Accepted for Volunteer Emergency Service. The contributions of these Navy women and their counterparts in the other services convinced military and congressional leaders that women should have a role in the peacetime armed forces.

Elizabeth Poulliot has given three decades of service to the military men and women who serve in the American military. As the director of the Hampton Roads Naval Museum, she has led her staff to many successes. She successfully relocated the museum off Naval Station Norfolk into the Nauticus science and technology exhibit center in 1994. Today, the Hampton Roads Naval Museums is one of the most-visited naval museums in the country. In 1998, Poulliot planned for the arrival of a World War WII battleship, USS Wisconsin, and then from 2000-2009 she operated BB-64 for the Navy, with a team of paid and volunteer history professionals. Today, the ship remains an important artifact of America's military history, has become a beloved symbol of the Norfolk waterfront, and remains an icon for the State of Virginia.

Poulliot holds an M.A. in American History and a certificate in Museum Studies from the University of Delaware. She has worked in museums in Delaware, Louisiana and California, prior to her arrival in Norfolk in 1989. She is an active participant in the field of history having served on the board of the Virginia Association of Museums, and currently serving as a peer reviewer for the American Alliance of Museums. In the Hampton Roads community, she is an advisory board member for the Great Bridge Battlefield and Waterways History Foundation and is on the Board of Trustees for St. Andrews United Methodist Church in Virginia Beach.

Additional information about the YWCA of South Hampton Roads' 2014 Women of Distinction Awards can be found at this link: http://www.ywca-shr.org/site/c.ahKNIZMEIlI4E/b.8780357/k.D867/2014_Women_of_Distinction_Awards.htm.