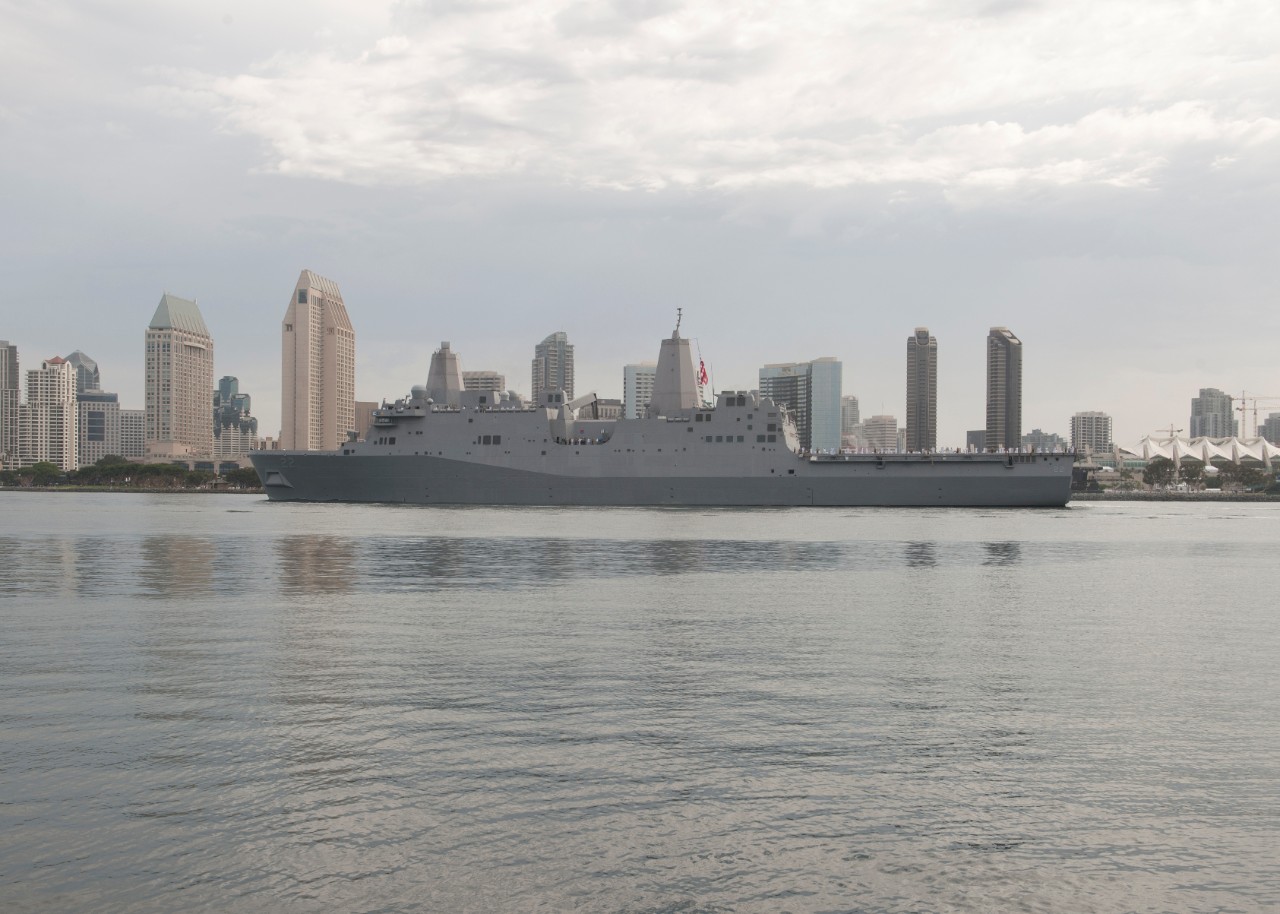 PACIFIC OCEAN (NNS) -- The sun reflected off the glistening bells as Sailors buffed and shined. Engravings covered the surfaces as the past became integrated with the future.

For centuries, bells have been a long and valued tradition of the Navy and were used for signaling, keeping time and sounding alarms. The functionality and ceremonial uses have made them a symbol on Navy ships.

"One of the ceremonial uses of these bells was for christening Sailors' children when they were baptized," said Senior Chief Boatswain's Mate Klaus Moser, USS San Diego (LPD 22) deck department's leading chief petty officer. "The chaplain would fill the bell with water and turn it upside down to pour the water over the child's head and that is how they were baptized."

Moser also added that the children who got baptized would have their names engraved in the bell adding them to a little piece of history.

In July 2014, the San Antonio-class amphibious transport dock ship San Diego, the fourth ship to bear the name, made history as it embarked upon its maiden deployment by adding two bells from previous namesake ships to their quarterdeck.

With the Pennsylvania-class armored cruiser (CA 6) sinking in World War I, the first ship to be named USS San Diego, it was an all hands event to find and collect the other two bells.

One of the bells is from the Atlanta-class light cruiser USS San Diego (CL 53), the second ship in the line, and the other is from the Mars-class combat stores ship (AFS 6), the third. Through the help of many volunteers, the bells were collected and brought to the present San Diego.

"The Naval Historical Society and several groups, including Naval History and Heritage Command and the AFS 6 Reunion Association, aided in collecting and presenting these bells to us before we went underway," said San Diego's Command Master Chief, CMDCM Kenneth Robertson.

Walt Cox, a member of the reunion committee, contacted the commanding officer of San Diego who ultimately worked on getting the bell from AFS 6 transferred over.

"Having these bells on San Diego gives our Sailors a sense of pride and joy knowing that when they step onto the quarterdeck, tradition and history are looking at them," said Robertson. "To have two of the original bells to add to our bell is a real accomplishment and commitment from our Sailors to show San Diego; past, present and future."

Looking toward the future, San Diego aims to continue to find ways to create new memories as well as preserve old memories beginning with displaying both bells from San Diego's predecessors as the centerpiece to the ceremonial quarterdeck during their maiden deployment.

"There goes an old saying, 'you can't know where you are going unless you know where you have been,'" said Capt. John Menoni, San Diego's commanding officer. "With that being said, having both bells aboard reminds us of all of our shipmates who have paved the way and laid the foundation for San Diego to have a maiden deployment. It is an honor to show the world these treasures of our predecessors."

San Diego and the embarked 11th Marine Expeditionary Unit are deployed with the Makin Island Amphibious Ready Group to promote peace and freedom of the seas by providing deterrence, humanitarian aid and disaster response in the U.S. 7th and 5th Fleet areas of responsibility.