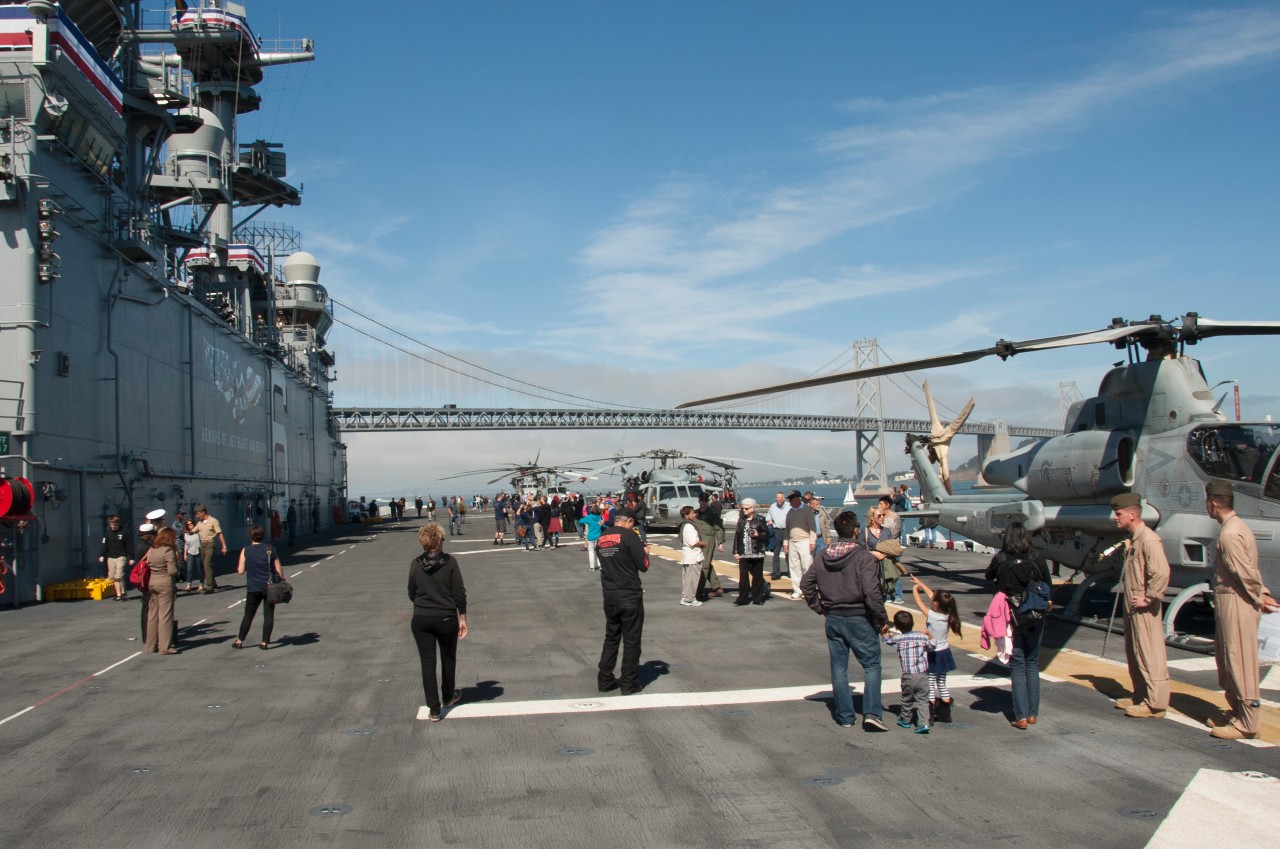 Secretary of the Navy Ray Mabus will deliver the ceremony's principal address. Mrs. Lynne Pace, wife of retired U.S. Marine Corps Gen. Peter Pace, former chairman of the Joint Chiefs of Staff, is serving as the ship's sponsor. In a time-honored Navy tradition, she will give the order to "man our ship and bring her to life."

"This ship, forged in America, with components and systems manufactured all across America, shall remind us of the long and historic links between our communities and our Navy and Marine Corps," Secretary Mabus said. "Having a ship named America, sailing the world's oceans, always present in defense of our freedoms and ready to respond is yet another extension of our American spirit."

USS America is the first ship of its class, replacing the Tarawa class of amphibious assault ships. As the next generation "big-deck" amphibious ship, LHA 6 is optimized for aviation, and will be capable of supporting current and future aircraft such as the tilt-rotor MV-22 Osprey and F-35B Lightning II. The ship is equipped with a fuel efficient hybrid electric propulsion system, the same built for USS Makin Island (LHD 8), which is an energy initiative designed to give the ship the benefit of increased range, endurance and time on station enhancing USS America's combat capability. It also provides greater flexibility with regards to scheduling refueling and reduced maintenance costs.

USS America will operate for sustained periods in transit to, and operations in, an amphibious objective area to include: embarking, transporting, controlling, inserting, sustaining and extracting elements of a Marine Air-Ground Task Force, and supporting forces by helicopters and tilt rotors supported by F-35Bs.

The ship includes additional aviation spaces and will have an increased aviation capacity: enlarged hangar deck, realignment and expansion of the aviation maintenance facilities, a significant increase in available stowage for parts and support equipment, and increased aviation fuel capacity. USS America, as well as the second ship of the class, the future USS Tripoli (LHA 7), will not include a well deck.

Since the American Revolution, three U.S. Navy warships have sailed with the name America. The first America was originally a racing schooner launched in 1851 and taken into Confederate naval service in 1861 before being captured and taken into the U.S. Navy service in 1862. She served in the U.S. Navy until 1873 before returning to civilian life racing and cruising. In 1921 she was presented to the Navy for preservation as a relic and remained at the U.S. Naval Academy until being scrapped in 1945. The second America transported troops during World War I. The third ship to bear the name was a Kitty-Hawk class aircraft carrier that supported operations from the Vietnam War through Operation Desert Storm. USS America will be the fourth U.S. Navy ship to bear this name.

Video of the event will be available through the Defense Media Activity at: www.navy.mil.