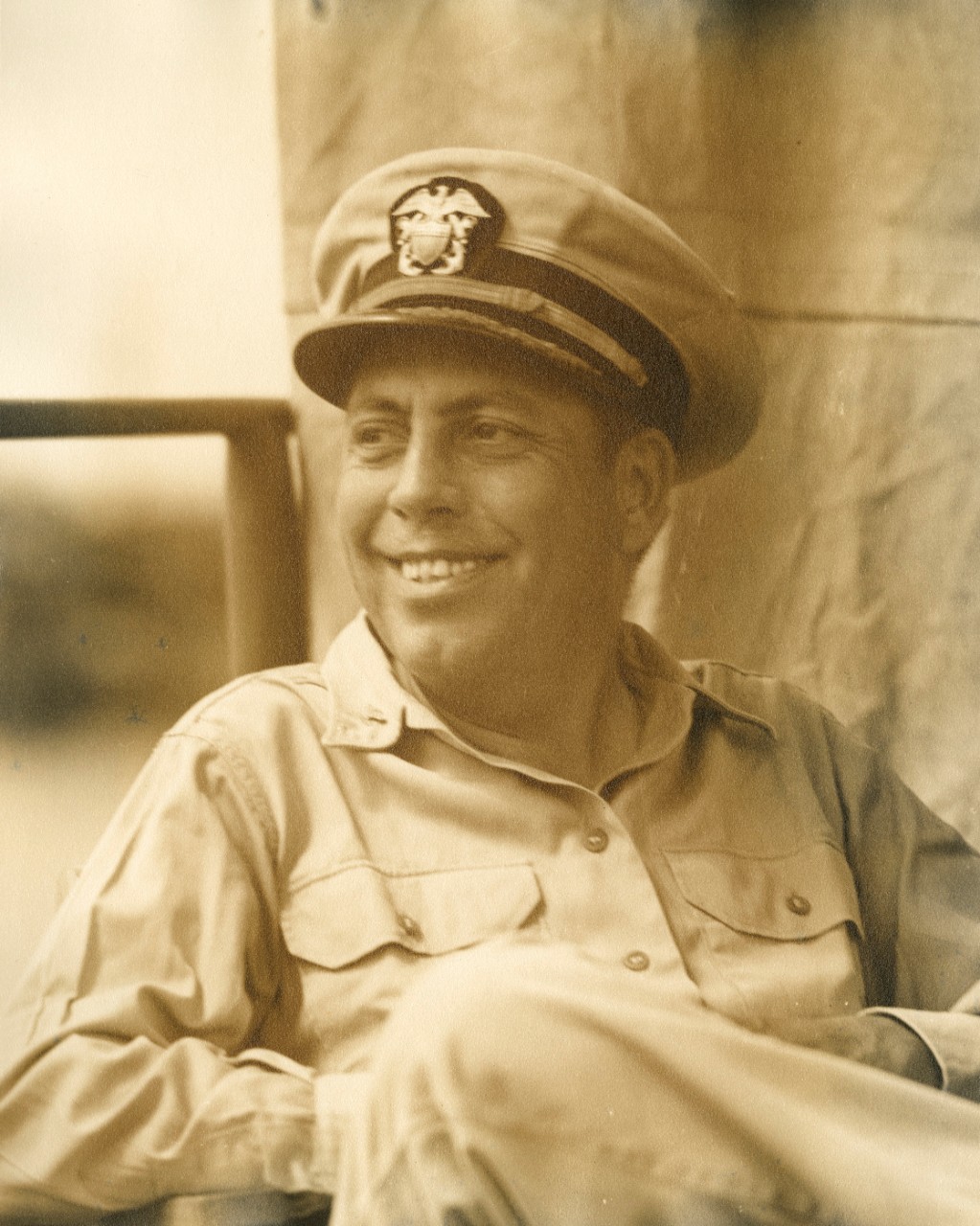 Francis James Mee was born on the White Earth agency in Minnesota in August 1899. He was the son of Charles Mee, a bookkeeper, of Scotch-Irish descent, and Alice Spears, of the White Earth band of Minnesota Chippewa (Ojibwe) tribe.[1] On his father’s side, he was a descendent of David Brydia, who served as a private in the Battles of Ticonderoga, Bennington, and Quebec.[2] On his mother’s side, he was considered 5/16 Chippewa because of her family’s repeated history of intermarriage with outsiders. It was enough to establish Mee’s membership as an Chippewa and entitled him to his allotment of 40 acres.

At the same time, the membership in the Chippewa tribe meant that Mee was denied the full rights of a citizen of the United States, including the right to vote, until the passage of the Indian Citizenship Act in June 1924. As a child of mixed heritage, Mee grew up walking the line between two worlds. At the age of 18, he chose his own path—a path that led him to a life of service as an officer in the U.S. Navy. He was proud of his heritage and he never let it hold him back.

For the first six years of his life, Mee’s mother lived on the reservation while his father lived in another town where he worked as a salesman. He spent his childhood on the reservation and attended the local schools. After the company his father worked for closed its doors in 1905, his family lived together at the reservation. Between 1910 and 1920, the family relocated to Detroit Lakes, Minnesota, where his father found work as a bookkeeper.[3] Mee considered Detroit Lakes his hometown and listed it on all his military records. His mother retained her connection to her people, even after the move to Detroit Lakes, often serving as a translator and ambassador for members of her tribe. Growing up on White Earth seemed to become a more distant past for him after the move to the city. He saw the opportunities beyond the reservation, although his mother never let him forget their heritage.

In 1917, war loomed on the horizon. In May 1917, the Selective Service Act passed and registration for the draft began. All men between the ages 21 and 30 who were citizens were required to register. Mee did not turn 18 until August 1917 and he was not a citizen, but he was determined to serve his country. At the age of 18, Mee applied to attend the U.S. Naval Academy in Annapolis, Maryland. Less than a month after Mee turned 18, Congressman Halvor Steenerson, of Minnesota’s ninth congressional district, nominated Mee for an appointment to the Naval Academy. In November, Mee sold part of his allotment near White Earth as he prepared for his career in the Navy.[4] Beginning in January 1918, Mee enrolled in the Werntz preparatory school in Annapolis. In June 1918, he passed his examinations to qualify for admission to the four-year academy.[5] While at the academy, Mee was familiarly known as “Chief,” a nod to his Native American heritage.[6] He graduated in 1922 and received his commission as an ensign.[7]

Following his graduation from the academy, Mee was first assigned to Tennessee (BB-43) as a junior officer in the engineering department. In the aftermath of World War I, peacetime service on a battleship was a rotation of training, maintenance, and battle exercises. The crew of Tennessee excelled in these practices, earning a Battle “E” for excellence in gunnery in both 1922 and 1923. In 1923, Mee transferred to Thompson (DD-305) as an assistant engineering officer. Thompson (DD-305) patrolled along the coast of South America and passed through the Panama Canal to participate in fleet exercises in the Caribbean Sea. During each of these tours, Mee had opportunities to demonstrate his proficiency as an engineer. He earned a recommendation to further his education. In 1927, he was sent back to Annapolis to the Naval Postgraduate School for further instruction in mechanical engineering. The following year, he earned a master’s degree in mechanical engineering from Columbia University.

With his new degree, he awaited his next assignment. While he waited, Mee made headlines in Eau Claire, Wisconsin, but not for his brilliant career in the Navy. He wrote a letter, which was published in the local newspaper, to William W. Barlett, the author of History, Tradition and Adventure in the Chippewa Valley. In this letter, Mee claimed his legacy as both a descendent of Lyman Warren, the first Indian agent of Chippewa County, Wisconsin and White Crane, a Chippewa chief, whose daughter married Warren.[8] As he was writing this letter, Mee was preparing to sail from San Francisco to join the Asiatic fleet for a three-year tour.[9]

In 1929, Mee was assigned to MacLeish (DD-220) as an engineering officer attached to the Asiatic Fleet based in the Philippines. During an extension in his tour with the fleet, he was transferred to Luzon (PG-47), flagship of the Yangtze River Patrol, as the patrol engineering officer. Mee departed Manila, Philippines, for the United States in August 1932.[10] For his first shore tour since he earned his degree at Columbia, he reported to the Philadelphia Navy Yard as assistant to shop superintendent. In June 1934, Lieutenant Mee was placed in command of Robin (AM-3). He received commendation from the Secretary of the Navy for his performance on this minesweeper. In 1935, he became senior assistant engineer on Indianapolis (CA-35). 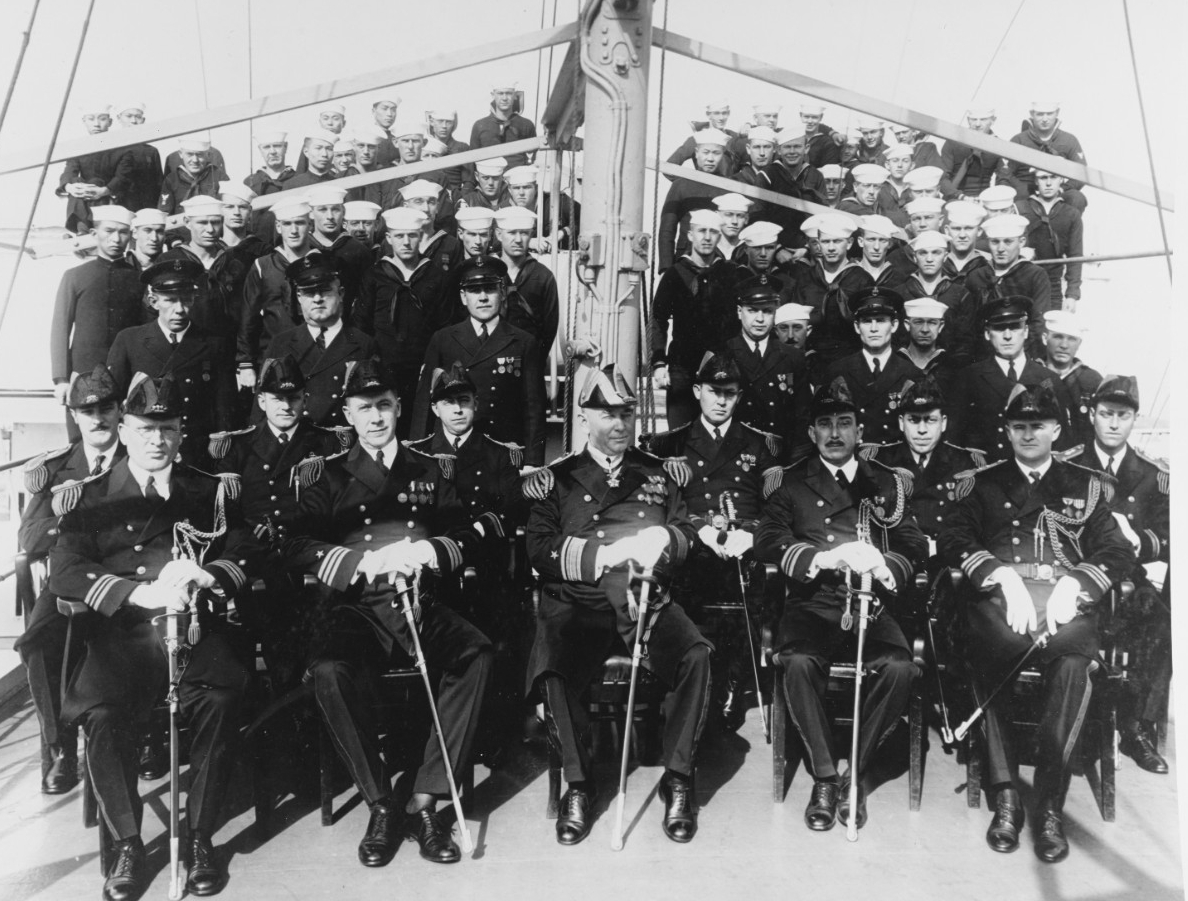 Rotating back to shore, Mee reported for duty at the Office of the Inspector of Naval Materials in New York City in June 1937. Eighteen months later, he detached from this office to take charge of fitting out Ellet (DD-398),at the Federal Shipbuilding and Dry Dock Company, New Jersey. Lieutenant Commander Mee took command of the newly commissioned ship in February 1939.[11] In December 1941, Ellet was moved to Pearl Harbor as war loomed again.

Stationed at Pearl Harbor, his ship was serving as an escort to the carrier Lexington at the time of the attack. He was an advocate for the resumption of the draft and renewed patriotism in the wake of the Japanese attack and the U.S. entry into World War II. He is quoted saying, “what you’ve got to do first is get that old flag out front and develop some respect for it and a feeling of honor if you serve it.”[13] Mee continued to serve aboard Portland, otherwise known as “Sweet Pea,” through actions at Coral Sea and Midway.[14] He participated in the initial phase of the Guadalcanal campaign as Allied forces endeavored to take the offensive against the Japanese in the Pacific theater.

Shortly after the ship was damaged in the battle of Guadalcanal, he received new orders to report to Newport, Rhode Island. In November 1942, Mee was selected for the command course at the Naval War College. He reported to the college for duty under instruction. He was assigned as the material officer for the U.S. Pacific Fleet in June 1943. [15] In April 1943, he was promoted to captain. In July 1944, Mee reported to command of  LST (Landing Ship, Tank) Flotilla 22, assigned to Amphibious Force, Seventh Fleet. For his conduct in the action at Balikpapan, Borneo, he received the Legion of Merit with Combat Distinguishing Device “V.” It was this commendation that earned his promotion to rear admiral upon his retirement nine years later.

For thirteen months, he was the commanding officer of the U.S. Navy Mine Countermeasure Station based at Panama City, Florida. In February 1947, Mee received command of Little Rock (CL-92). During this tour, he embarked on a cruise to the Mediterranean for service with the Sixth Fleet. Following his relief as commanding officer of Little Rock, he served as commander of training unit in the Western Pacific region based in Guam until 1948. He finished his career in the office of the Chief of Naval Operations (CNO) before he was involuntarily retired in 1952.

Francis Mee retired on 30 June 1952. He received the rank of rear admiral upon his retirement for his combat citation. He died 29 December 1990. He is buried alongside his wife, Sue Katheryn Kelly, in Vicksburg, Mississippi.

[3] Fourteenth Census of the United States, 1920, T625_823, Records of the Bureau of the Census, Record Group 29, National Archives (Washington, DC), digitized by Ancestry.com.