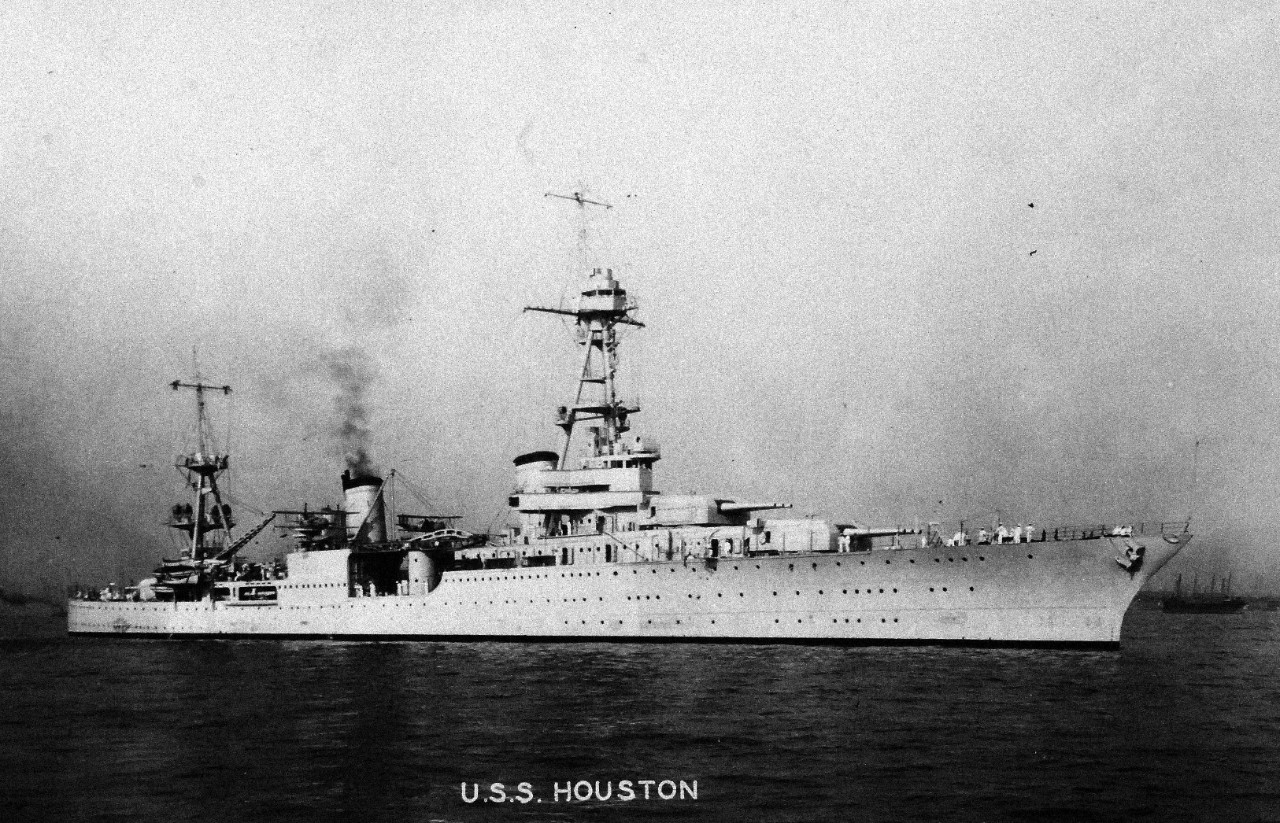 USS Houston (CA-30), a Northampton-class heavy cruiser, was launched in 1929 and spent most of the 1930s in the Pacific. In 1938, Houston was the flagship of the U.S. Fleet and hailed by President Roosevelt as his favorite ship. In the early days of World War II, following action in the Battle of Java Sea, Houston, along with Australia's HMAS Perth, was attacked by Imperial Japanese forces while in transit to Darwin, Australia. During the ensuing Battle of Sunda Strait, Houston and Perth were sunk fighting side-by-side early on the morning of March 1, 1942. Of a crew of just over 1000, nearly 650 Sailors and Marines perished in the battle and the survivors from the Houston crew were captured. The fate of Houston was not know by the world for almost 9 months and the full story unknown until after the war was over and the crew's survivors were liberated from prisoner of work (POW) camps.

The highlight of the collection, the trumpet, is a C.G. Conn 22B “New York Symphony” model trumpet dating between 1933-1934. Archival research showed that a United States Navy Band was aboard which included three trumpet players. Further research revealed that one sailor brought aboard his own trumpet. The band provided entertainment and represented the U.S. Navy not only aboard but while in shore to help with moral during World War II.

The trumpet is a complex artifact to conserve because of the variety of different materials, such as brass, mother of pearl, and felt, that are part of the instrument. Each material requires a different method of treatment that may or may not harm the surround material. Thus, conservators see this as an unique research opportunity to learn the best way to clean and stabilize such a fragile artifact. With the continuation of archival research and conservation treatment, archaeologists hope to be able to tell the story of the sailor who once played this trumpet.