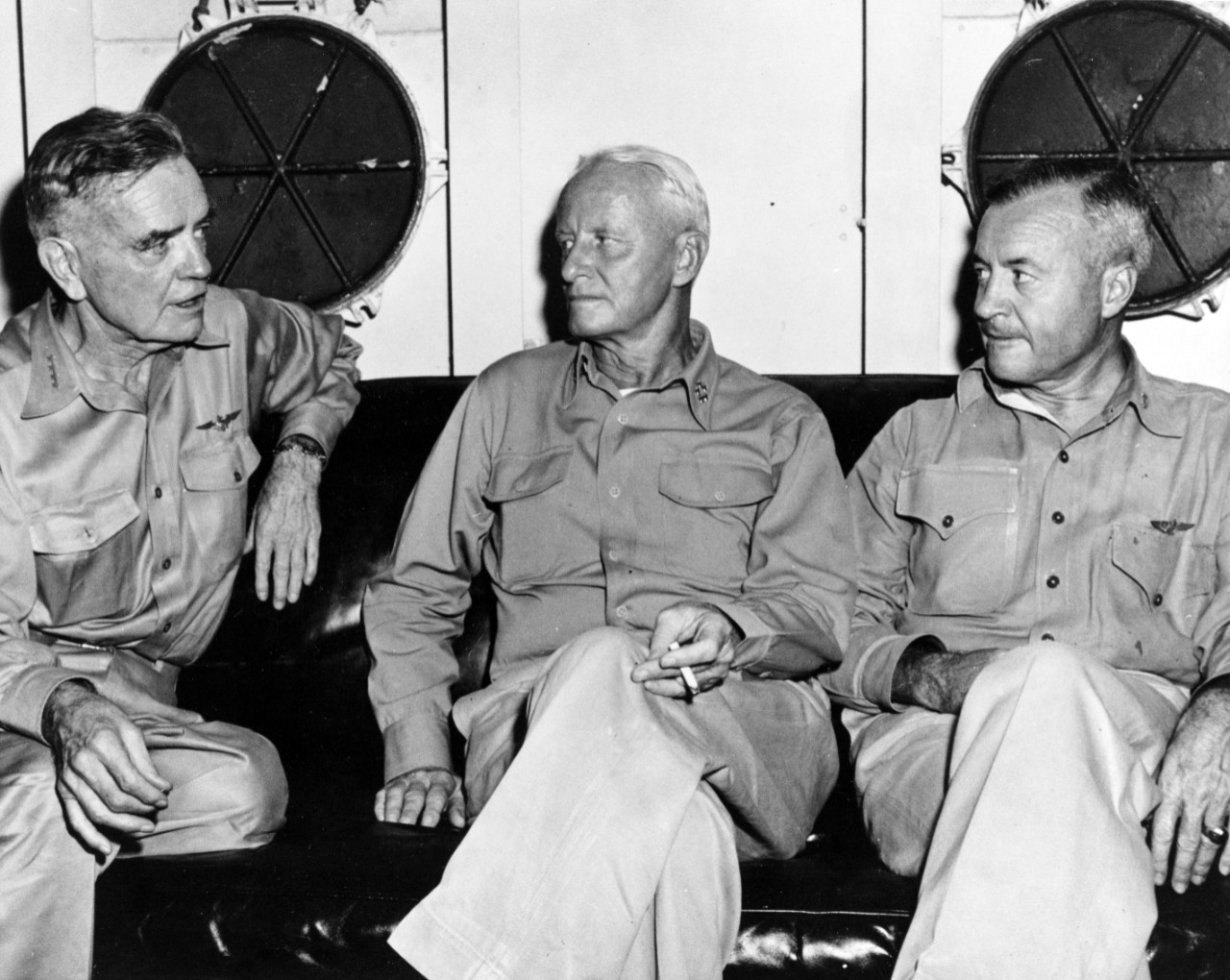 Forrest Percival Sherman was born in Merrimack, New Hampshire, on 30 October 1896. He entered the U.S. Naval Academy in 1914, graduating in June 1917 with the Class of 1918. During and shortly after World War I, he served in European waters as an officer of the gunboat Nashville and destroyer Murray. In 1919-21, Sherman was assigned to the battleship Utah and destroyers Reid and Barry, serving as Commanding Officer of the latter. Following duty as Flag Lieutenant to Commander Control Force, Atlantic Fleet, he received flight training at Pensacola, Florida. Designated a Naval Aviator in December 1922, Lieutenant Sherman was assigned to Fighting Squadron TWO until 1924, when he returned to Pensacola as an instructor. Study at the Naval War College was followed in 1927 by service in the aircraft carriers Lexington and Saratoga. While in the latter ship, he commanded Scouting Squadron TWO and was Flag Secretary to Commander Aircraft Squadrons, Battle Fleet.

Promoted to the ranks of Lieutenant Commander in 1930 and Commander in 1937, during that decade Sherman served at the Naval Academy, commanded Fighting Squadron ONE, had charge of the Aviation Ordnance Section of the Bureau of Ordnance, was Navigator of the aircraft carrier Ranger, and had duty on a number of flag staffs. In 1941-42, he served with the Office of the Chief of Naval Operations and was a member of the Permanent Joint Board on Defense, Canada-United States. In May 1942, after reaching the rank of Captain, Sherman took command of the carrier Wasp, taking her through the first month of the Guadalcanal Campaign.

After Wasp was sunk in September 1942, Sherman became Chief of Staff to Commander Air Force, Pacific Fleet. In November 1943 Rear Admiral Sherman was assigned as Deputy Chief of Staff to the Pacific Fleet commander, Admiral Chester W. Nimitz. He held that position for the remainder of World War II, playing a critical role in planning the offensives that brought victory in the Pacific, and was present when Japan surrendered on 2 September 1945. Following a short tour as a carrier division commander, in December 1945 Vice Admiral Sherman became Deputy Chief of Naval Operations.

Sherman's next assignment, beginning in January 1948, was to command the Navy's operating forces in the Mediterranean Sea. He was recalled to Washington, D.C., at the end of October 1949 to become Chief of Naval Operations, with the rank of Admiral. During the next sixteen months, he helped the Navy recover from a period of intense political controversy and oversaw its responses to the twin challenges of a hot war in Korea and an intensifying cold war elsewhere in the World. On 22 July 1951, while on a military and diplomatic trip to Europe, Admiral Forrest Sherman died in Naples, Italy, following a sudden series of heart attacks.