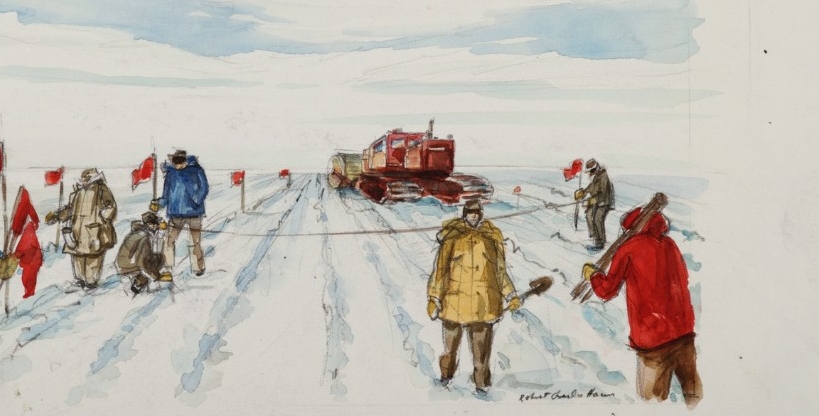 Artist Robert Charles Haun devoted a large percentage of his sketches to the efforts of the Mobile Construction Battalion (Special), or the Seabees. They were the men that interested him most.