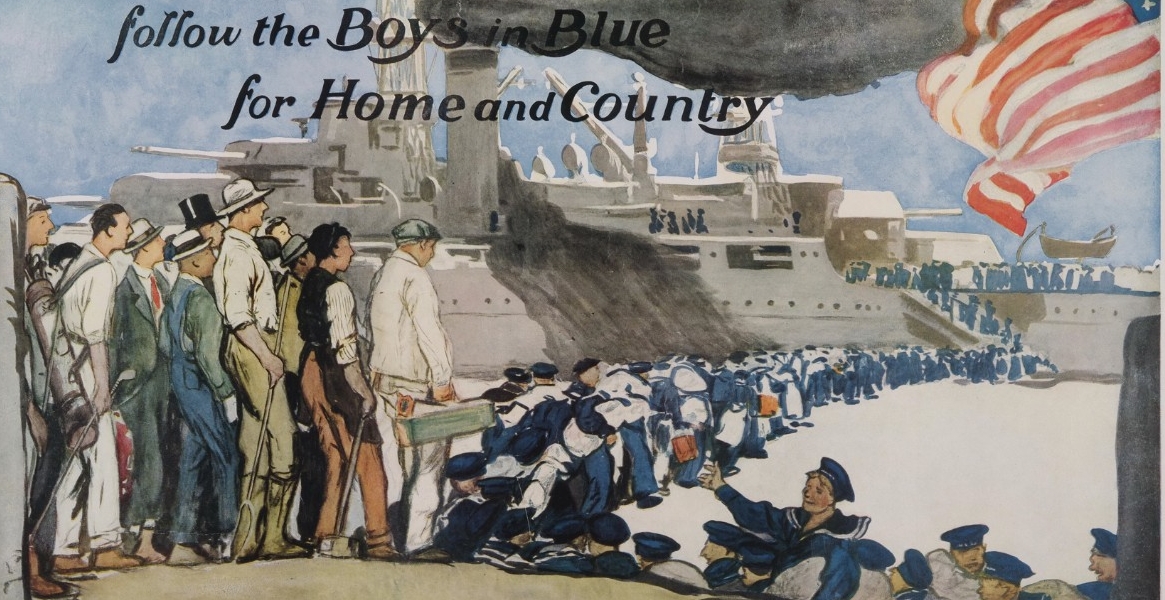 Recruitment is essential for maintaining a fighting force.  The call to arms should promote patriotism, a willingness to serve, advancement in education or travel opportunities.  During World War I, all of these incitements were put on display with poster slogans such as “America Calls,” “I Want You for the US Navy,” “Follow the Flag” and “Come Along, Learn Something, See Something.” Images could be a powerful factor as well with soldiers holding a cross, Uncle Sam pointing a finger at you, or lady liberty shaking a hand.  According to the Annual Report of the Secretary of the Navy for the fiscal year 1918, the strength of the Navy had multiplied by over 700 percent. “When war was declared the enlistment and enrollment of the Navy numbered 65,777 men.  On the day Germany signed the armistice, it had increased to 497,030 men and women”