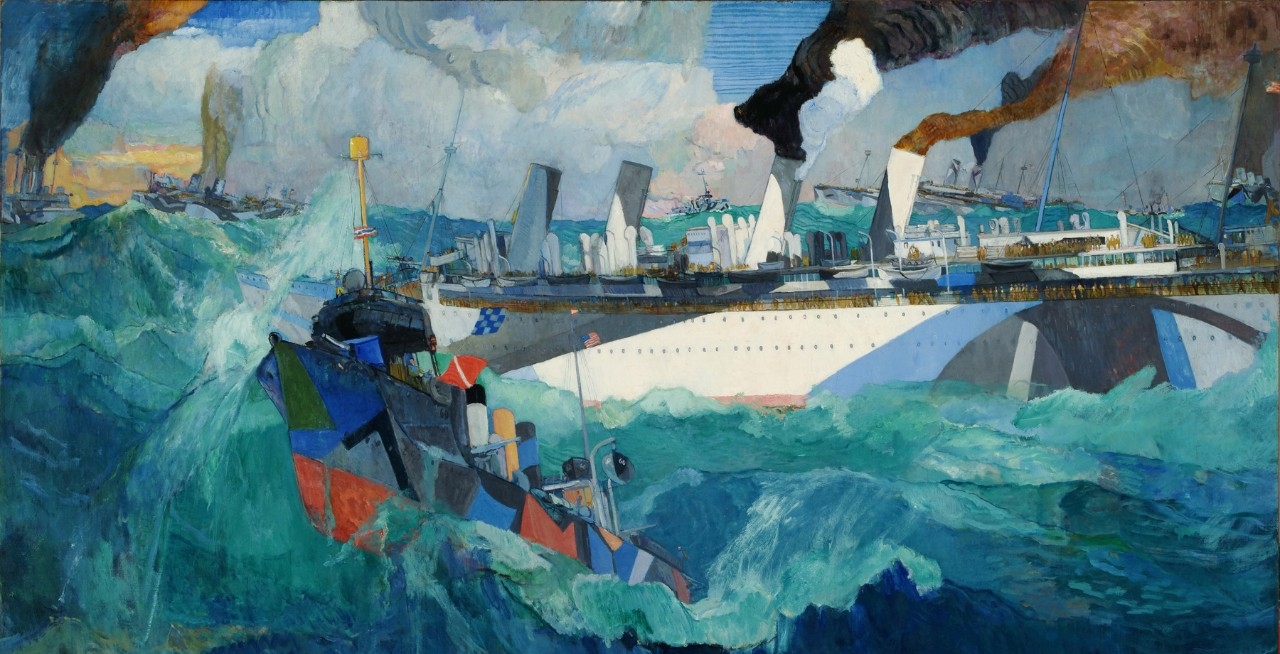 Discovery of enemy ships at sea in the era before the development of radar depended on visual sightings, sound ranging of artillery shots, or radio signal direction finding.  Ultimately, the latter two depended on visual sightings to confirm their accuracy, so navies began experimenting with camouflage designs intended to misdirect observers.  The U.S. Navy Bureau of Construction and Repair began testing ship camouflage, colloquially referred to as “dazzle paint,” during World War I.  The technique relied on reducing the contrast of the ship when viewed from the surface or the air from its surroundings as well as the contrast of one section of the ship from another.  The effect was intended to cause observers to misjudge the course, speed, and size of the ship.  The designs included a moderate range of colors (hues), though post-war experiments would demonstrate that brightness contrasts were more important than color varieties.