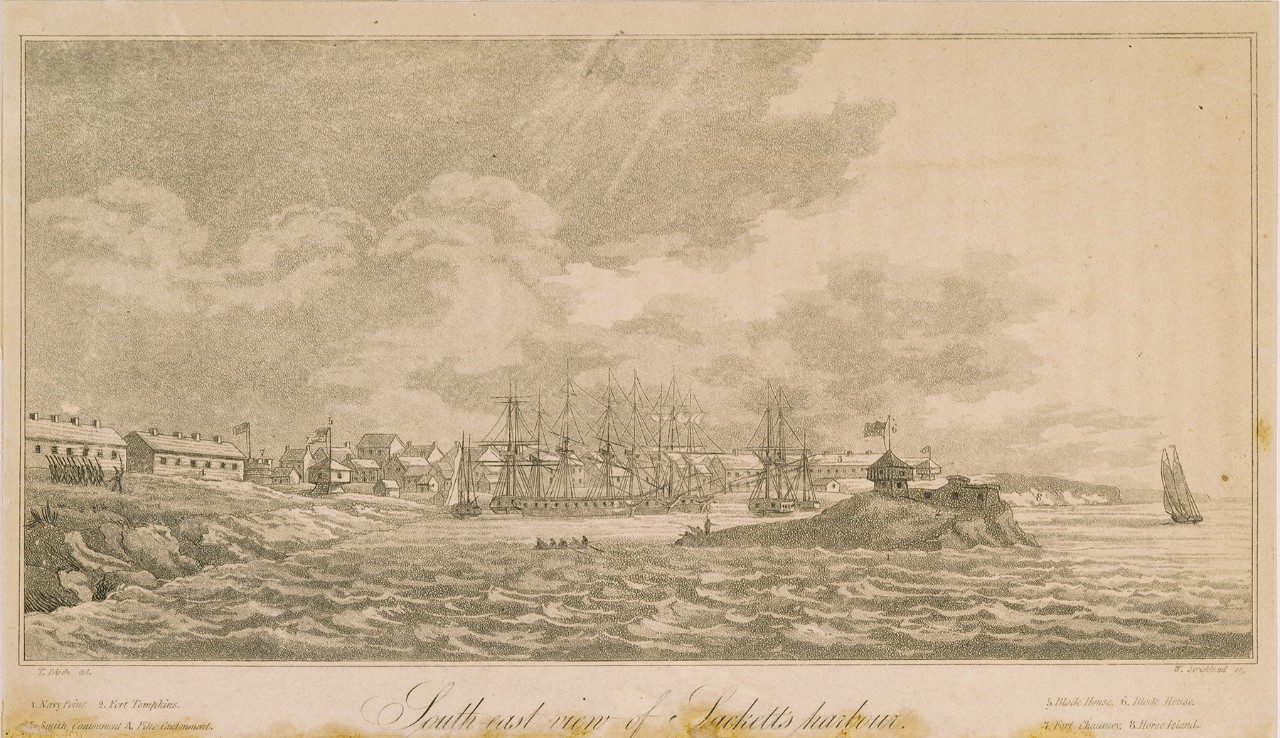 Sackets Harbor, New York is on the shore of Lake Ontario.  The US Navy built a major shipyard and its headquarters for the Great Lakes here. Within a short period, more than 3,000 men worked at the shipyard. The Army constructed earthworks, forts, barracks and supporting infrastructure to defend the village and navy shipyard. By the fall of 1814, this was the third-largest population center in the entire state, after Albany and New York City. The ships built here played a major role in the Battles on the Great Lakes