Share
Connect
The War of 1812
»
Battle of Lake Erie
»
Commodore Perry's Victory on Lake Erie Over the British Fleet Commanded by Commodore Barclay September 10, 1813
« Previous Next » 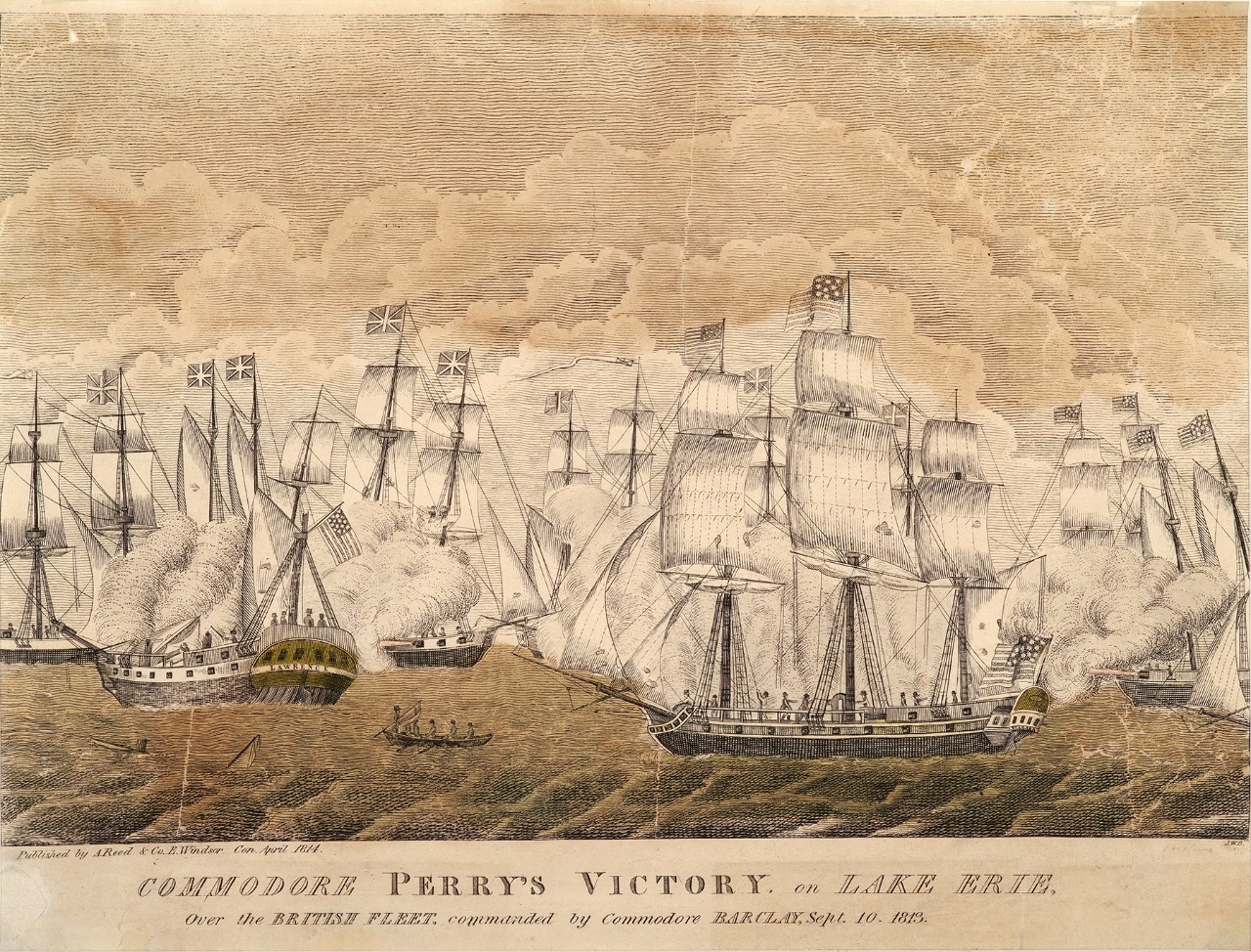 On receiving command of United States troops in the upper Great Lakes in 1813, Captain Oliver Hazard Perry sought to take control of the area from the British. On September 19, 1813 his squadron met an enemy squadron on Lake Erie. Perry's flagship Lawrence was badly damaged, forcing him to transfer his flag to the Niagara in a small boat while under heavy fire. Once established, he aggressively attacked the British ships, quickly forcing their surrender. The victory gave the United States secure control of the upper Great Lakes, preventing invasion from that area.