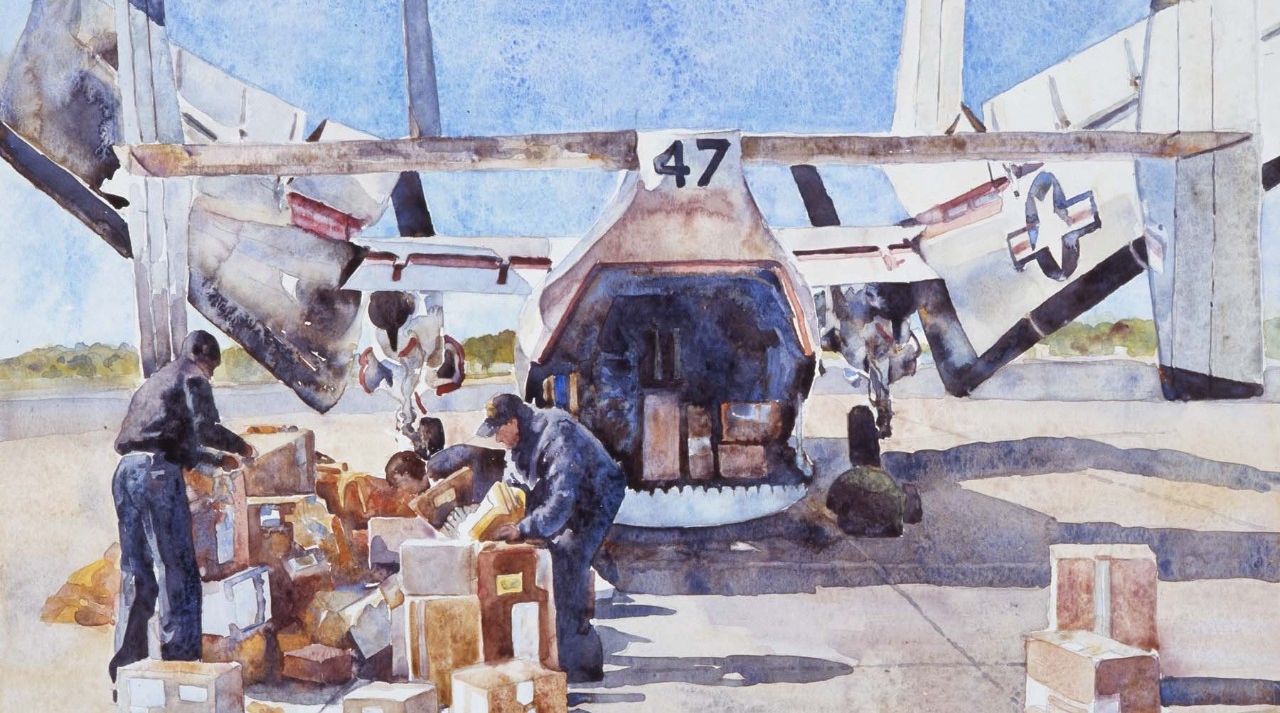 Born in Bethesda, Maryland, CDR Monica Allen Perin, USNR, attended the California College of Arts and Crafts.  After graduation she entered the Navy as a Supply Corps Officer.  After twelve years on active duty, she joined the Navy Reserve in 1991 and went on to earn a Masters of Art degree, with a specialty in the decorative arts, at the Fashion Institute of Technology (FIT), State University of New York in 1993.  Her thesis, entitled "Roman Decorative Fountains represented in the Garden Paintings of Private Dwellings from Pompeii, Herculaneum, Oplontis and Boscoreale," took her to Europe where she continues to live today.

In 1995, while teaching Art History with the University of Maryland’s campus in Naples, Italy and giving lessons in studio art, CDR Allen was recalled as a Supply Corps Officer charged with contracting support for NATO in Zagreb, the capital city of the republic of Croatia.  While there, Allen learned of the Navy’s Combat Art Program.  She submitted a portfolio and received orders to create paintings of women serving in Bosnia for a Joint Service Exhibit titled “Teamwork:  Men and Women in the Nation’s Defense” at the Cannon Building Rotunda on Capitol Hill in 1997.

Since that project, CDR Allen has completed more assignments for the Navy Art Collection.  In 2003, she created five works depicting troops in France or Italy on their way to Iraq, and in 2004 she documented wounded personnel from Operation Iraqi Freedom at Walter Reed Army Hospital in Washington, DC.

Through the US Consulate General, Marseille, Allen has created paintings of the 60th anniversary of the landing of the Allies in Provence, the liberation of various French towns and villages, and Fourth of July celebrations in Monaco.  The Commander, Fleet Air Mediterranean (COMFAIRMED) commissioned a series of works as the US embarked on the invasion of Iraq.

In addition to the Navy Museum and Art Gallery, CDR Allen exhibits regularly in Marseille and other cities in the South of France.  She teaches art, watercolor and “buon” fresco out of her studio in France as well as in Umbria, Italy.