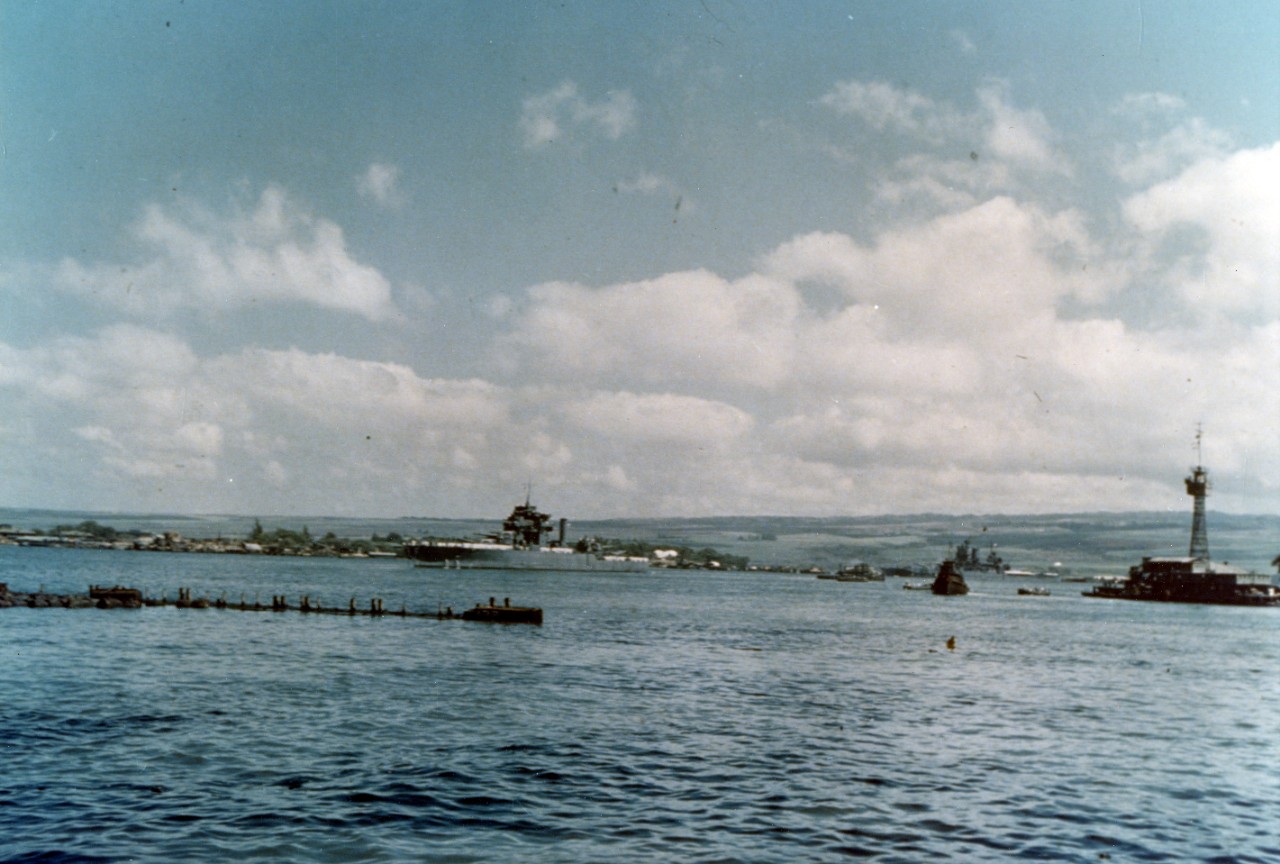 Third, and most severely damaged, sunken battleship to be salvaged and returned to service was USS West Virginia. Much of her port side had been ripped open by as many as eight Japanese torpedoes, and her rudder had been blown off by another. The battleship's multi-layered anti-torpedo side protection system had been completely broken through, making it impossible to raise the ship without the use of extensive external patches. These structures, which covered virtually the entire hull side amidships, extended vertically from the turn of the bilge to well above the waterline. The patches were assembled in sections, with divers working inside and out to attach them to the ship and to each other, and were sealed at the bottom with some 650 tons of concrete.

As with other salvaged ships, West Virginia required extensive weight removal to allow her to be floated into drydock. Among the items removed were some 800,000 gallons of fuel oil, projectiles and powder for her sixteen-inch guns, and other supplies. Also removed were two unexploded Japanese bombs. Much of the weight removal, as well as recovery of the nearly seventy human bodies found in the ship and the immense task of cleaning her oily and filthy interior, was undertaken by a residual ship's crew of less than 500 men.

As with California, West Virginia's turbo-electric drive powerplant needed drying and preservation as the water was removed from the machinery spaces, followed by painstaking disassembly and reassembly. The great task of clearing away and replacing torpedo and fire-damaged structure, including several large plates of heavy side armor, began once the ship entered Pearl Harbor Navy Yard's Drydock Number One on 9 June 1942. Three months later, with her watertight integrity restored, West Virginia was taken out of drydock. Work continued at pierside until April 1943, when the battleship left Pearl Harbor for Puget Sound Navy Yard, where she received permanent repairs and extensive modernization. USS West Virginia rejoined the active fleet in July 1944 and took an active part in the Pacific War's final year.