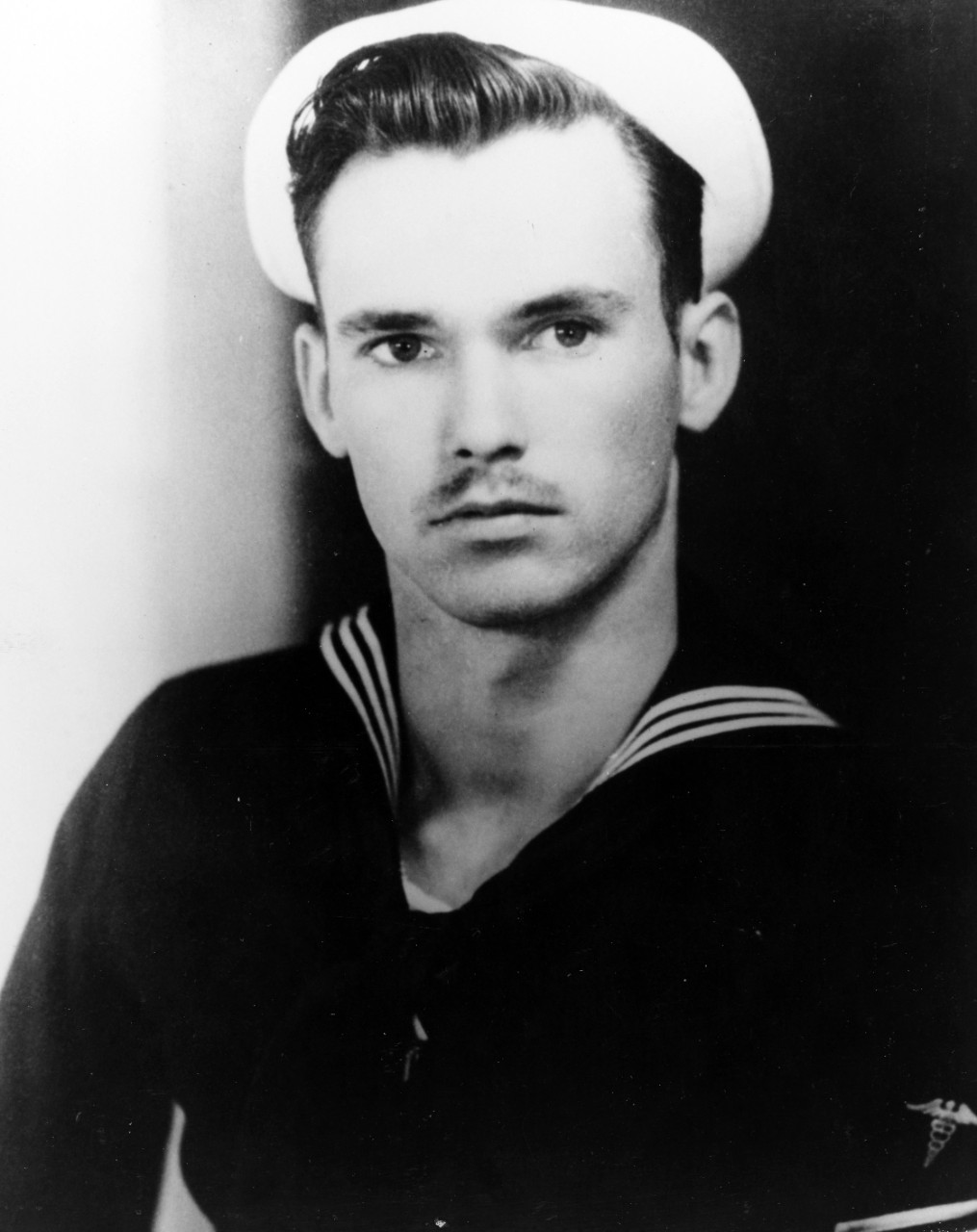 Description: Awarded the Medal of Honor, posthumously, for heroism in combat on 13 August 1952, while serving as a medical corpsman with the First Marine Division in Korea. Official U.S. Navy Photograph, now in the collections of the National Archives.
Related Content


"For conspicuous gallantry and intrepidity at the risk of his life above and beyond the call of duty as a medical corpsman while serving with a Marine rifle company in the 1st Marine Division in action against enemy aggressor forces in Korea on 13 August 1952. With his company engaged in defending a vitally important hill position well forward of the main line of resistance during an assault by large concentrations of hostile troops, Kilmer repeatedly braved intense enemy mortar, artillery, and sniper fire to move from one position to another, administering aid to the wounded and expediting their evacuation. Painfully wounded himself when struck by mortar fragments while moving to the aid of a casualty, he persisted in his efforts and inched his way to the side of the stricken Marine through a hail of enemy shells falling around him. Undaunted by the devastating hostile fire, he skillfully administered first aid to his comrade and, as another mounting barrage of enemy fire shattered the immediate area, unhesitatingly shielded the wounded man with his own body. Mortally wounded by flying shrapnel while carrying out this heroic action, Kilmer, by his great personal valor and gallant spirit of self-sacrifice in saving the life of a comrade, served to inspire all who observed him. His unyielding devotion to duty in the face of heavy odds reflects the highest credit upon himself and enhances the finest traditions of the United States naval service. He gallantly gave his life for another."