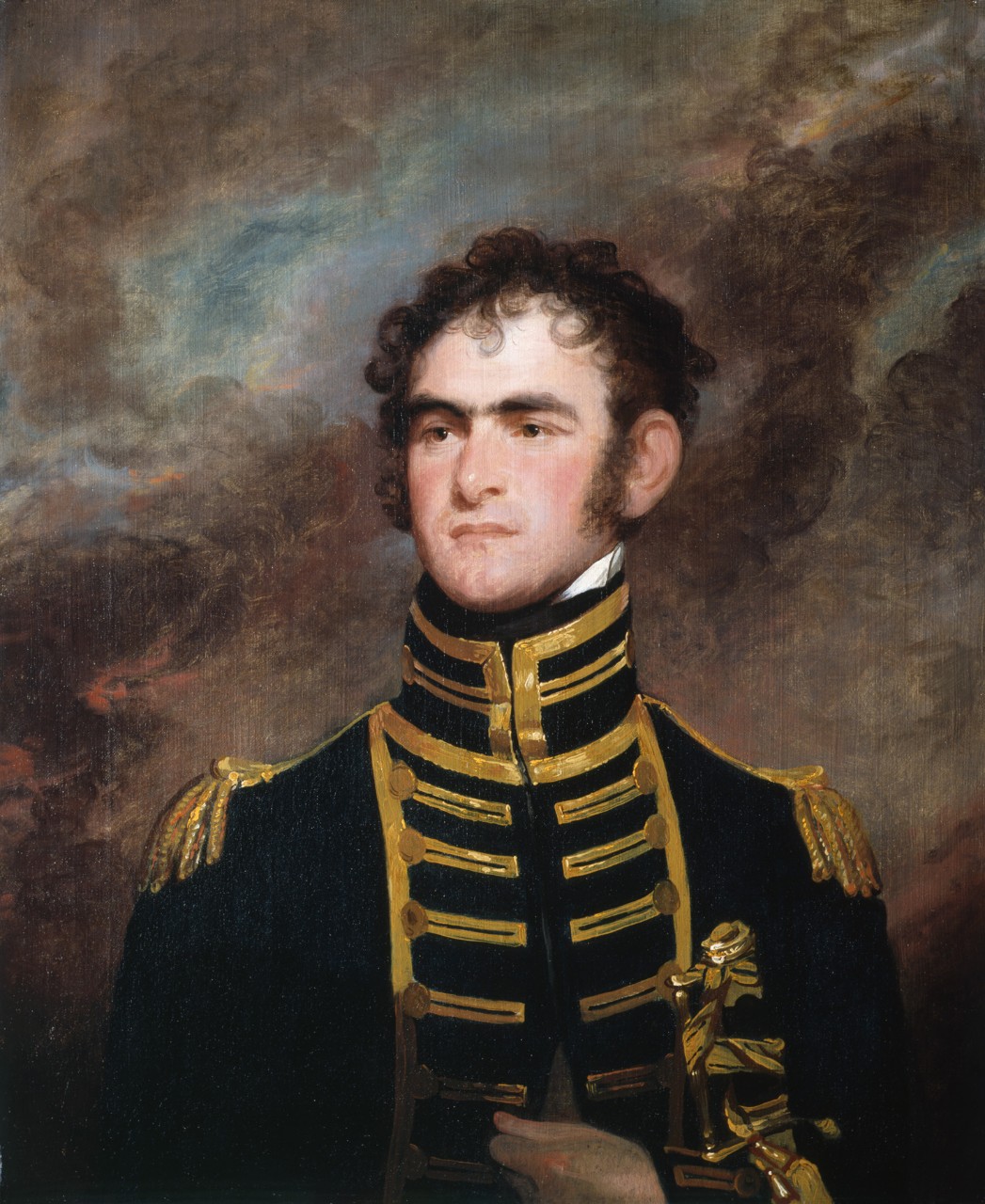 John Rodgers (1773-1838), prominent in the wars against the Barbary powers, was the ranking active naval officer in the War of 1812 and first head of the Board of Navy Commissioners, 1815-1837.  First Lieutenant on Constellation during her victorious engagement with Insurgent in 1799, he was soon after promoted to captain.  During the Barbary Wars he blockaded Tripoli and captured the 16-gun brig Mashuda.  In 1805 he succeeded to command of the Mediterranean Squadron and negotiated treaties that abolished US tribute payments to Tripoli and Tunis.  While he commanded a squadron cruising to protect American commerce in 1811, his flagship President engaged the British sloop of war Little Belt.  During the War of 1812 he made four commerce-destroying cruises.  After the British expeditions against Washington and Alexandria, Virginia in 1814, his detachment of sailors and marines harassed the British during their withdrawal.  In September of the same year, Commodore Rodgers played a leading role in the successful American defense of Baltimore against a formidable enemy force.