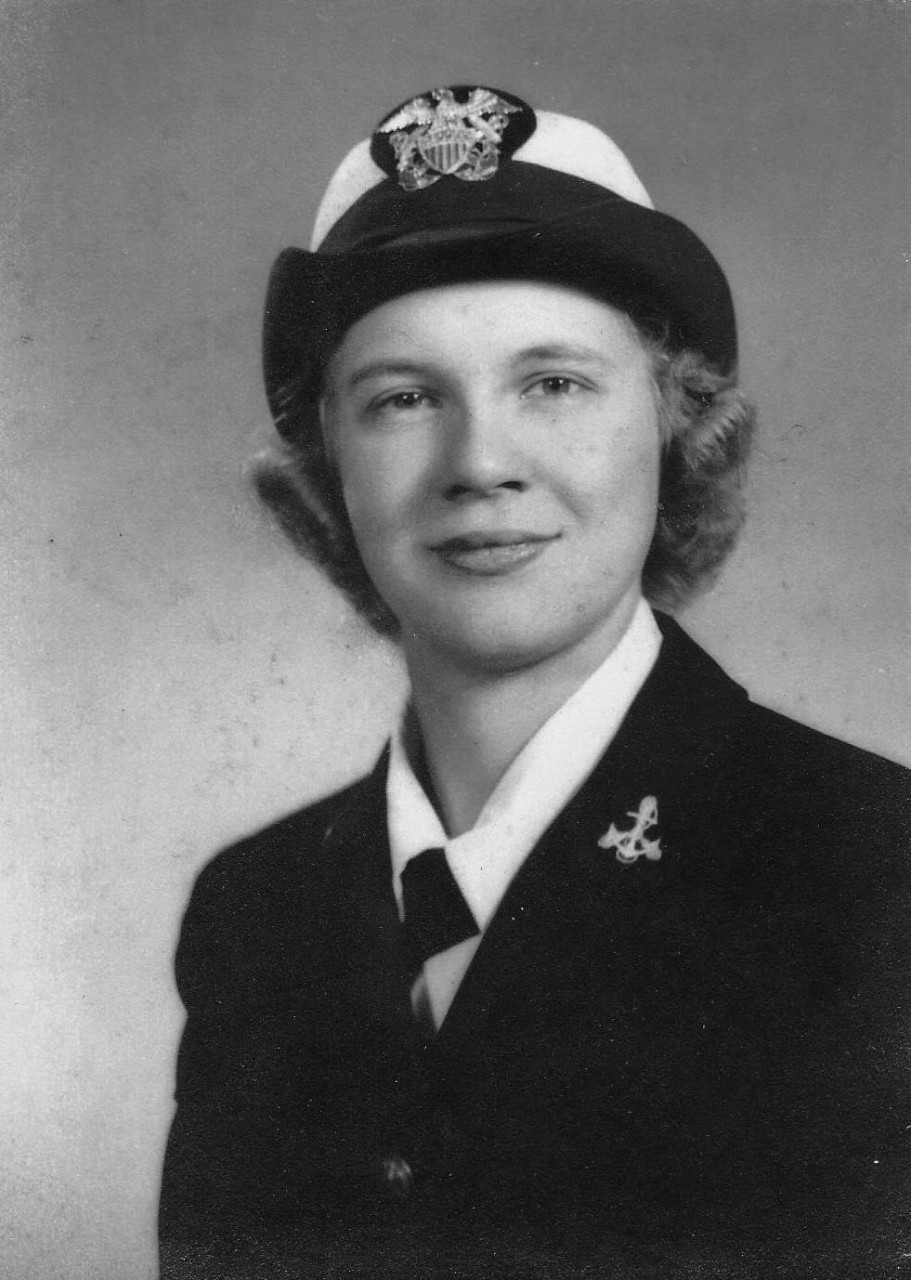 Marian Elaine Toms was born on 17 May 1917 in Seoul, in Japanese-occupied Korea. She was the daughter of Presbyterian missionary John Toms and his wife, Ella. She had two older brothers, Robert Howard and Frederick Burton. She lived the first years of her life in Seoul before the family returned to New Jersey in 1923 as her father returned to Princeton Seminary to complete his master’s of theology degree.  After her father’s graduation, the family moved to Brownsburg, Pennsylvania, and later to Woodstown, New Jersey. It was in Woodstown that Toms attended high school. In 1934, she was the valedictorian of her graduating class from Woodstown High School. From experiencing life overseas at a young age to the top of her class, Toms had a bright future ahead of her.

In 1935, Toms matriculated at Wilson College, a small private Presbyterian women’s college, in Chambersburg, Pennsylvania. She received assistance through scholarships for all four years. She chose to major in physics, which later became a driving force in her career. Her mentor at Wilson was Dr. Dorothy Weeks, who was the first woman to earn a doctorate (Ph.D.) in mathematics from Massachusetts Institute of Technology (MIT). Toms graduated from Wilson College in 1939 with her bachelor’s degree in physics.

Following graduation, Toms found her first job in Philadelphia, Pennsylvania. She began work as a statistical clerk in the commercial research department at Curtis Publishing Company, best known for publishing the Saturday Evening Post and Ladies’ Home Journal. Always wanting to do her job better, she took a non-credit course in statistics at University of Pennsylvania in the fall of 1941. She continued working for the same company until she joined the U.S. Navy Women’s Reserve (WR), otherwise known as Women Accepted for Volunteer Emergency Service (WAVES).

In April 1943, Toms began her indoctrination as an officer candidate of the WAVES. Toms traveled with other recruits from Philadelphia to Naval Reserve Midshipmen's School at Smith College in Northampton, Massachusetts.[1] Following her graduation, Ensign Toms received her commission in June 1943. She served eight months at Naval Operating Base (NOB) Norfolk before the Navy sent her to pre-radar school at Harvard University from February 1944 to June 1944. Within a month of completing this training, she went to MIT for a three-month advanced training program in radar. Radar (RAdio Detecting And Ranging) was then a rapidly evolving new technology designed to detect changes in the spectrum of electromagnetic waves reflected off of ships or other objects. With her understanding of the science of matter, energy, and how they interact with each other, Toms was a perfect fit for this program.

After completing her training at MIT, Toms received her assignment to the Design Branch of the Electronics Division at the Bureau of Ships based in Philadelphia.[2] Utilizing the innovations that originated in the MIT Radiation Laboratory, her branch was responsible for designing electronic devices for installation on surface ships and submarines. By 1945, she had risen to the position of assistant project engineer in radio direction finder design.[3] Radio direction finders (a form of radar) were both a tool for navigation and a countermeasure device for locating enemy submarines. An advanced understanding of physics was essential for orchestrating a project to create a design for an electronic device intended to detect ships through the reflection of radio waves. The end of the war ended the urgent need for women in the service, and many of them were discharged from their ranks before the end of the year. In December, Lieutenant (junior grade) Toms was released from service in the WAVES.[4]

Following her wartime service, Toms returned to her job at Curtis Publishing Company in February 1946. Within a year of returning to her old position, she was making plans to get her master’s degree in physics at University of Pennsylvania (Penn). She used the Servicemen's Readjustment Act of 1944 bill, commonly known as General Infantryman (G.I.) bill, to start working toward her master’s degree in physics. She continued to serve in the Naval Reserve while pursuing her education. In June 1949, Toms spent two weeks working at the Office of Naval Research (ONR) in Arlington, Virginia. She officially graduated with her master’s of science from Penn in August 1949. As part of her continued participation in the Naval Reserve, she spent two weeks in training during the summer of 1950 at Radiological Defense Corps, Army Chemical Center, in Edgewood, Maryland. The demand for physicists escalated quickly in the early days of the Cold War. Recruiters were actively looking for newly minted physicists on campuses across the country. The following academic year, Toms renewed her research assistantship with her advisor, Dr. William Stephens, as she continued to work toward her doctorate specializing in low-energy nuclear physics.

Particle physics had only just begun to emerge as its own field within nuclear physics. While working with Dr. Stephens, Toms focused her observations on photon-induced nuclear reactions, or photonuclear reactions. In short, when high energy light such as a gamma ray hits the nucleus of an atom, the nucleus can emit a proton or neutron. [5] As early as the 1930s, physicists had begun using particle accelerators to produce a beam of particles for analysis. [6] The betatron was a recent innovation in particle accelerators, modified to produce high-energy electrons necessary to produce gamma rays. Toms used this type of accelerator to induce the type of reactions that she wished to observe to understand the behavior of sub-atomic particles. She exposed photographic plates to the beam to allow her to observe the tracks of the particles. [7]  The experimental nature of this new field meant that scientists were engaged in a series of "'survey experiments'—where the main concern is with the systematics of nuclear reactions and measurement." [8] It was necessary but important work that was both supported and limited by the interests of the U.S. government and its military.

Postwar government funding for scientific research encouraged American physicists to continue expanding our understanding of atomic energy. In 1954, Toms left Penn without completing her doctoral degree.  Her lack of this advanced degree did not seem to make her skillset less valuable as a physicist for a national laboratory. In the same year, she joined the Nucleonics Division of the Naval Research Laboratory (NRL) in Washington, DC.[9] The head of the division, Dr. Franz Kurie, had led the division since its inception in 1947. Without a role in the nuclear propulsion program headed by the Bureau of Ships, Dr. Kurie directed his division toward fundamental research. His division sought a better understanding of nuclear interactions through their study of electrons, protons, and other sub-atomic particles.[10]  Kurie was responding to a “need for basic research in nuclear and atomic physics in order to provide a better understanding of the behavior of materials in extreme environments and further to provide nuclear and atomic data which are needed for the design of new equipment.”[11]

As government support for fundamental research solidified, NRL engaged in a government-sponsored collaborative process. The chief sponsor to the Nuclear Sciences division, including Toms' research, was the recently created Office of Naval Research (ONR), which funded scientific research in academic and government laboratories across the country. Before the end of World War II, the Nucleonics Division at NRL had already been involved in systematic investigations in particle physics after completing its construction of its first betatron (a type of cyclic particle accelerator developed to accelerate electrons) in 1945.[12] In her early years at NRL, Toms studied the effect of a beam from the betatron on individual atomic nuclei.[13] Toms and other early particle physicists used this accelerator as a tool of discovery to understand nuclear structure.

Research programs within the Nuclear Physics Division at NRL during the 1960s included the study of the structure of nuclei, the properties of nuclear energy levels and the interactions of nuclear particles. The purpose of these studies was to understand the interactions between elementary particles and matter.[14] After the construction of an electron linear accelerator (LINAC) was completed at NRL, the division was restructured in 1966.[15]  Toms was assigned the Photonuclear Reactions Section of the new LINAC Branch. Her title and her branch name may have changed, but her work remained the same. She excelled at documenting the various processes developed at NRL. A member of the American Physical Society (APS) since 1949, a council of her peers at APS elected Toms as a fellow in 1965.[16] This fellowship honors those who have made significant contributions in the field of physics. No more than one-half of one percent of the group’s membership was recognized. Toms was one of four women elected for this status out of a class of 117 in this year. She was subsequently included in the American Men of Science, Who’s Who of American Women, and the Dictionary of International Biography. Toms was recognized for her contributions to the larger community of American physicists in her own time. 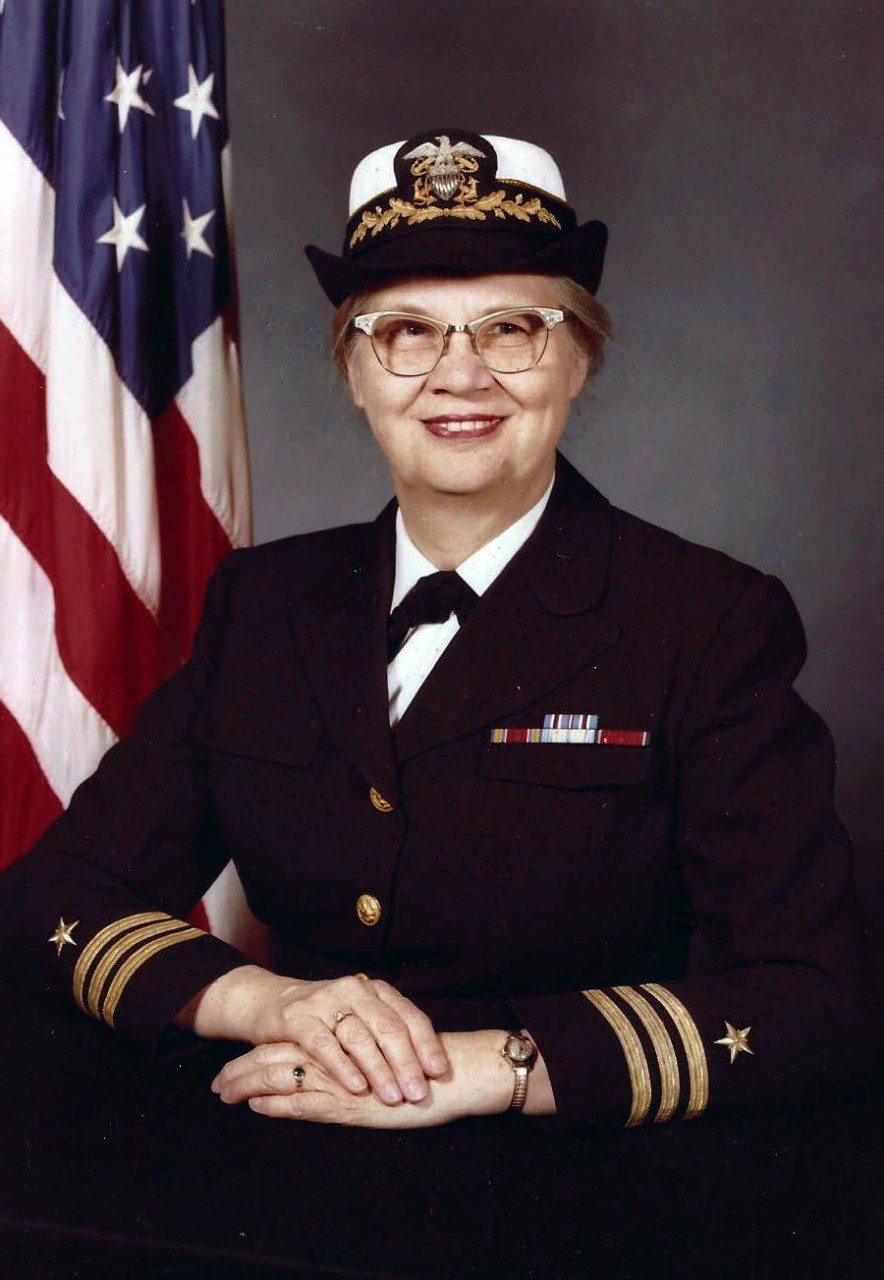 In the 1970s, the Office of Naval Research (ONR) encouraged cooperation between the various facilities that received their funding. Toms participated in a program to share knowledge between ONR-sponsored  laboratories. In an article on linear-accelerator research at Stanford University, Toms admired the role that the researchers at Stanford had played in the rapid development of better ground transmitters for satellite communications during the Korean War.  This experience gave her an opportunity to put her own role in context. In her own words, she understood the role that she played in ensuring a “knowledge of relevance to Navy needs” through her study of particle physics.[17]

As the only woman in the division for most of her career and often the only physicist without a doctorate, Toms did not often have a glamorous role to play at the lab. She was typically responsible for cataloging the data from experiments within her branch.[18] During her time at NRL, Toms compiled a comprehensive bibliography of the findings from contributing authors, from the United States and around the world,  to facilitate the sharing of information in analysis of photonuclear activation.[19] This bibliography was originally published in 1955. It was revised in subsequent years as this field was constantly changing.  The final edition in 1967 included 1914 references with the help of 1588 contributing authors.  Her compilation were particularly useful in subsequent research in non-destructive detection of trace elements in material samples.[20] The constant need for new editions of this compilation and the effort of compiling this dataset exemplifies both the dynamic nature of her field and the author’s persistence. 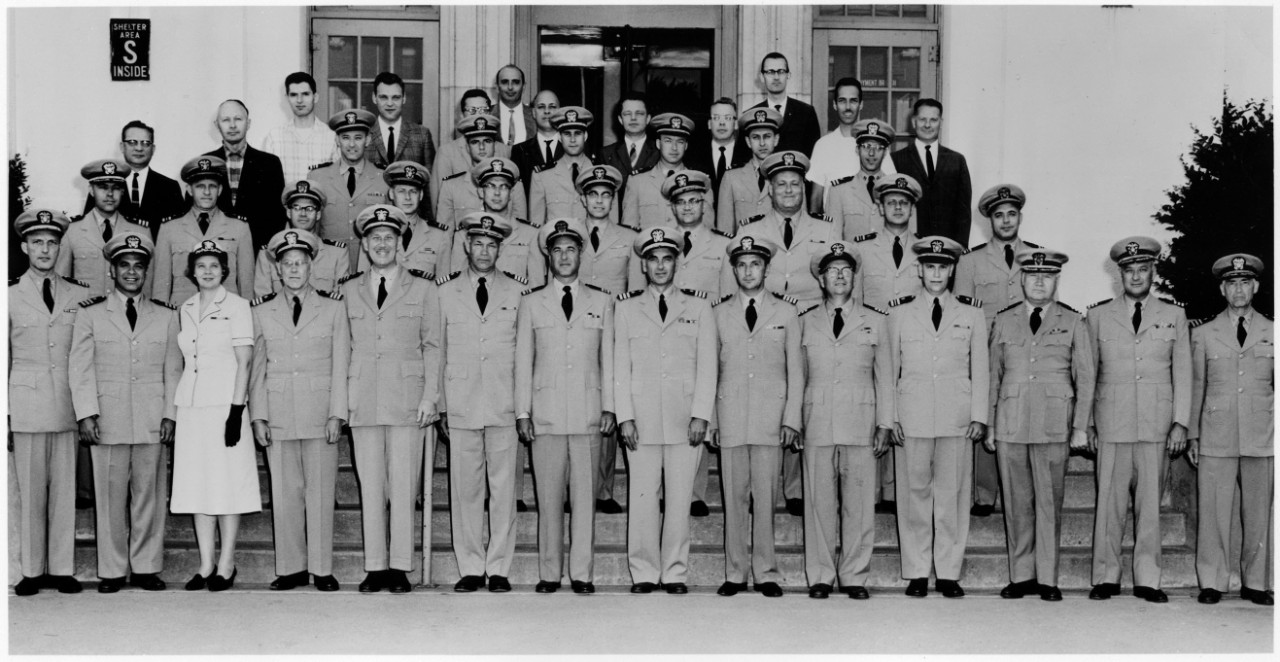 Throughout her career at NRL, Toms was an active member of Naval Reserve Research Company (NRRC) 5-9, headquartered at NRL. She was the only former WAVE and the only female scientist in this company for most of her career. In 1961, she was promoted to the rank of commander.  In June 1971, she retired from NRL. In December 1975, she retired from the Naval Reserve after 32 years of service with the rank of commander. She spent her later years playing shuffleboard and enjoying her retirement in Florida. She later relocated to a retirement community in Cromwell, Connecticut. At the age of 99, she was honored as the “Cromwell’s Veteran of the Year for 2016.”[21] Elaine Toms died at the age of 102 in 2019.

Elaine Toms persisted through her career working in a field often dominated by the opposite gender and by those with a higher level of education. Working in the field of nuclear physics, Toms put everything into career and the work that she did had value, most especially for the women who followed her. Overcoming obstacles, Toms facilitated the sharing of information and laid a path for other women to follow.

Williams, Kathleen Broome. “Women Ashore: The Contribution of WAVES to US Naval Science and Technology in World War II.”[PDF] The Northern Mariner 8, no. 2 (1998): 1-20.

All except one of the images featured in this profile were provided courtesy of the family of Elaine Toms. Thank you for your help in sharing her story.