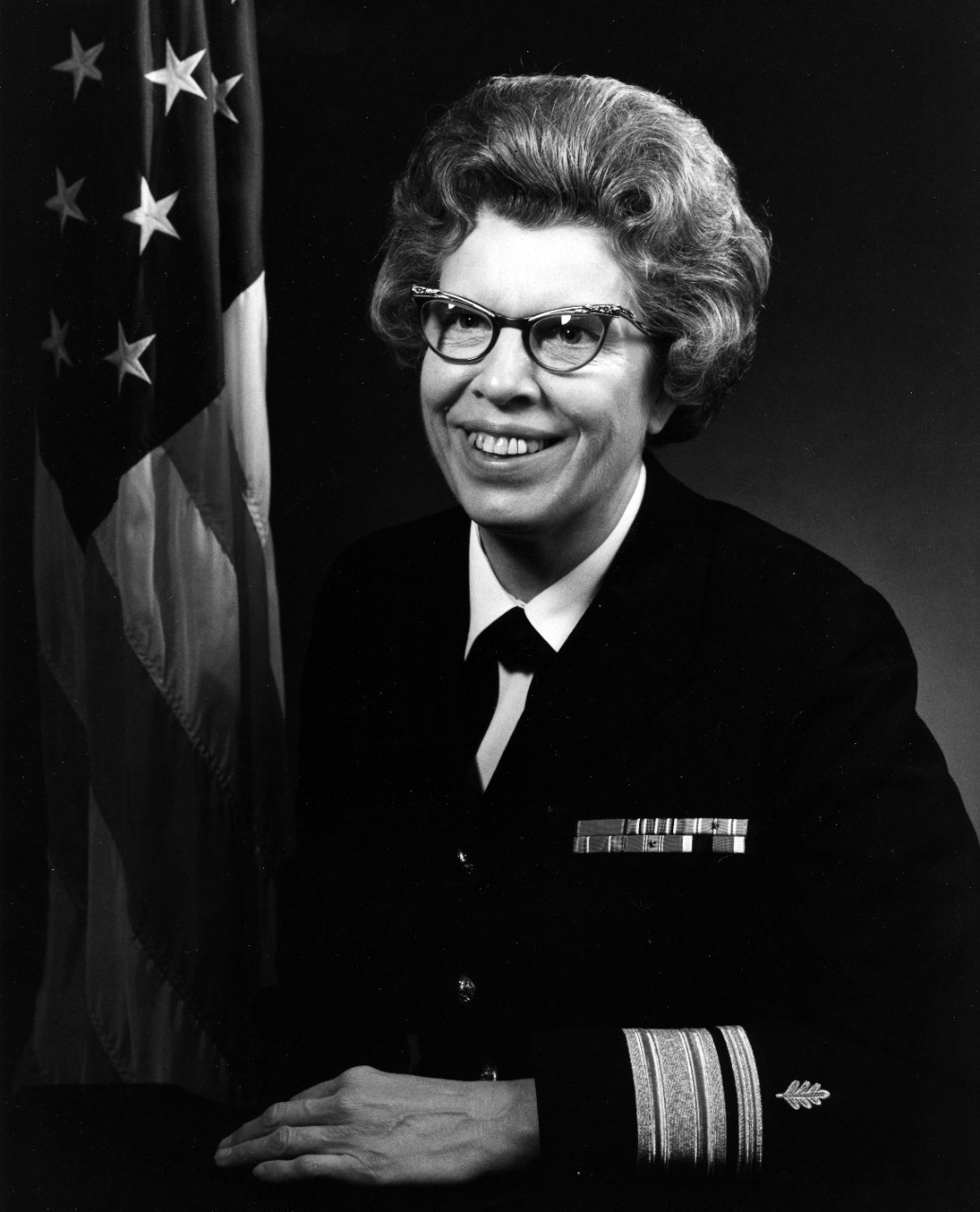 Alene Bertha Duerk was born in Defiance, Ohio, on 29 March 1920. She had nursing training at Toledo (Ohio) Hospital School of Nursing, from which she received her diploma in 1941. On 23 January 1943, she was appointed Ensign in the Nurse Corps of the U.S. Naval Reserve. Transferring from the Naval Reserve to the U.S. Navy in December 1953, she advanced progressively in rank and was promoted to captain in 1967. Her selection for the rank of Rear Admiral was approved by the President on 26 April 1972. She is the first woman to be selected for flag rank, to which she was advanced on 1 June 1972. 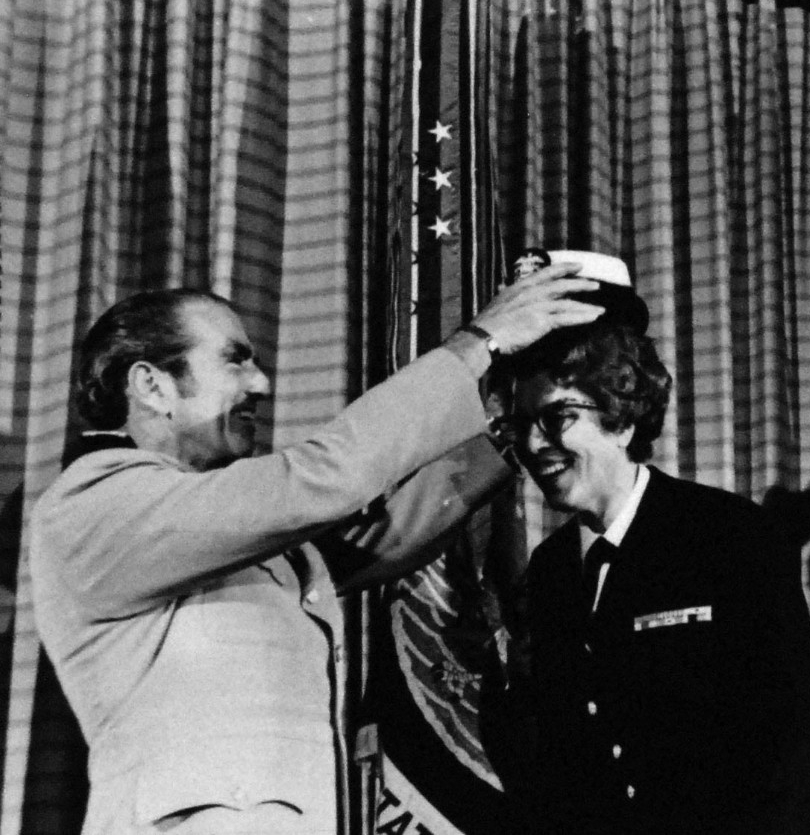 After receiving her commission in 1943, she was assigned in March of that year as a ward nurse at the Naval Hospital, Portsmouth, Virginia. In January 1944, she transferred, in a similar capacity, to the Naval Hospital, Bethesda, Maryland, and in May 1945 joined USS Benevolence (AH-13). That vessel, anchored off Eniwetok, received the sick and wounded brought back from Third Fleet operations against Japan and later joined the Third Fleet for its last strikes against the enemy. After the cessation of hostilities, the hospital ship anchored at the Yokosuka Naval Base to assist in the processing of liberated Allied prisoners of war. Benevolence returned to the United States with wounded servicemen late in 1945. Assigned in January 1946 to the Naval Hospital, Great Lakes, Illinois, Alene Duerk continued duty there until June of that year, when she was released from active naval service.

She subsequently attended Western Reserve University, Cleveland, Ohio, from which she received a bachelor of science degree in ward management and teaching, medical and surgical nursing, in 1948. Employed as supervisor and instructor, medical nursing, at Highland Park (Michigan) General Hospital, she remained there until 1951. In 1948, she joined a ready Naval Reserve unit in Detroit.

During the period May 1963 to June 1965, she was senior Nurse Corps officer at the Naval Station Dispensary, Long Beach, California. Following an assignment as chief of the nursing branch at the Naval Hospital Corps School, San Diego, she reported in May 1966 as assistant for nurse recruitment in the office of the Deputy Assistant Secretary of Defense (Health and Medical), Washington, DC. She remained there until May 1967, then had duty until February 1968 as assistant head of medical placement liaison (Nurse Corps), Bureau of Naval Personnel. She next returned to the Naval Hospital, Great Lakes, where she served as chief of nursing service until May 1970, when she became director of the Navy Nurse Corps, Bureau of Medicine and Surgery, Navy Department. 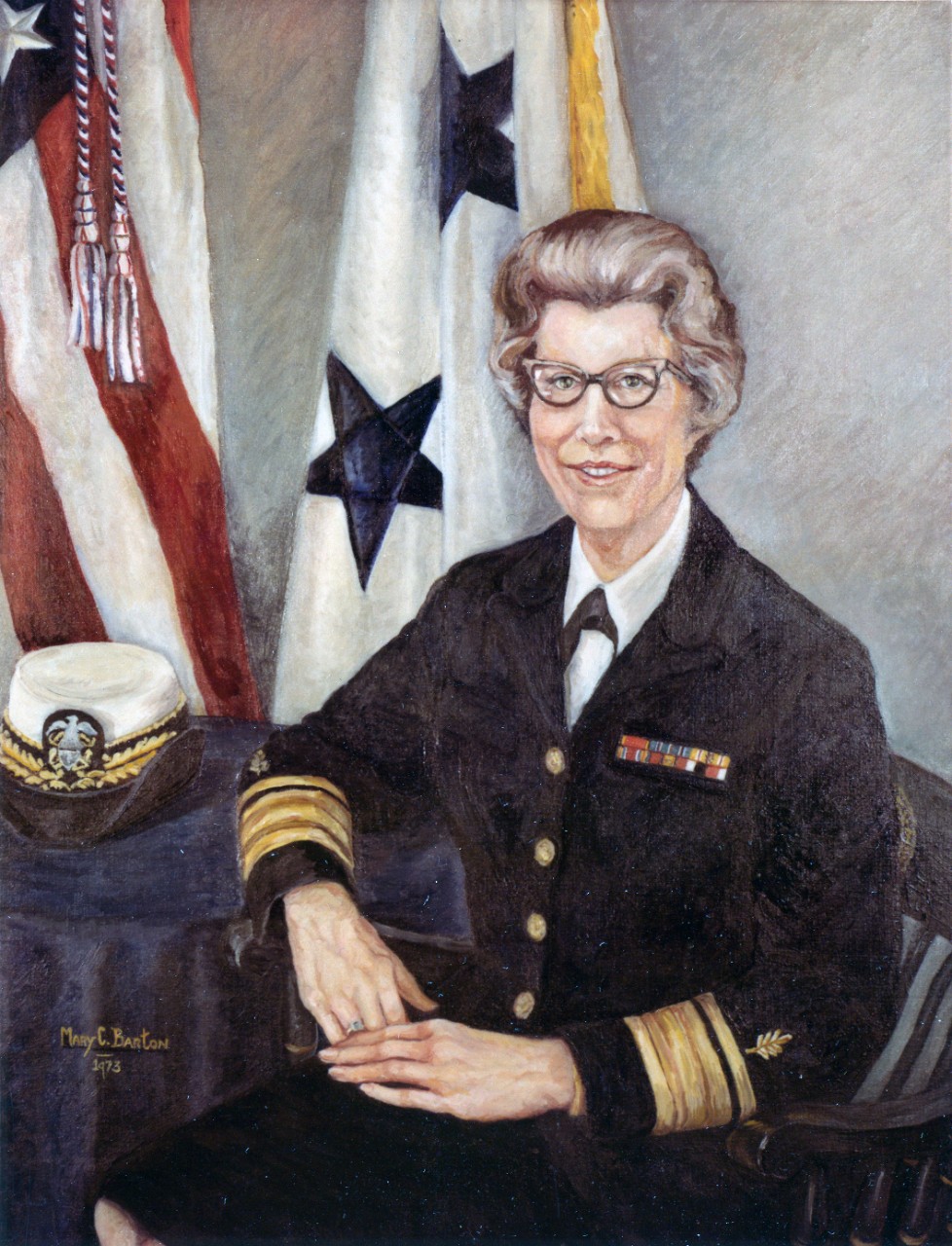