The Office of the Historian and Navy Medicine Magazine prepared the above introductory essay and assisted with the bibliography on the Influenza of 1918.

Influenza of 1918 (Spanish Flu) and the US Navy 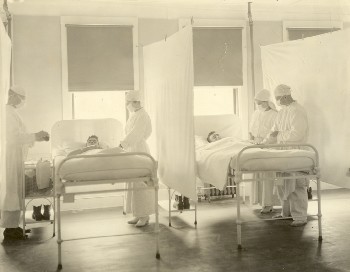 We are all familiar with the tell-tale signs of the flu: sneezing, coughing, aching, and overall physical weakness. In fact, this is probably no different from what our American ancestors encountered before World War I. However, all this changed in 1918, when a particularly virulent form of influenza - the so-called Spanish Flu - appeared, causing more deaths (over 50 million) than had resulted from the entire First World War which lasted four years.

Spanish Flu victims suffered massive pneumonia and fatal pulmonary complications: they literally drowned in their own body fluids. Lungs filled with fluid and their skin became markedly discolored from the lack of oxygen. Mysteriously, it killed more young than old. The death rate was greatest among ages 15 to 40.

Navy medical professionals were among those who were overwhelmed trying to fight this virus. Treatment was essentially non-existent. The US Navy was forced to rely on quarantine or infectious disease stations as brave doctors, hospital corpsmen, and nurses cared for the daily needs of the patients.

Navy nurse Josie Brown, who served at Naval Hospital in Great Lakes, Illinois in 1918, later described what happened there and in many hospitals around the country:

At these medical facilities, and at naval stations throughout the world, one could read the Bureau of Medicine and Surgery “Circular 1” which said:

In 1918, Navy and Marine patients totaling 121,225 were admitted at Navy medical facilities with influenza. Of these patients, 4,158 died of the virus, and sick patients spent over one million sick days in these facilities worldwide.

Of the heroes who treated these patients some made the ultimate sacrifice. Thirty-two were nurses, all of whom would be awarded the British Victoria Cross. Three of these women - Marie Louise Hidell (Naval Hospital Philadelphia, Pennsylvania), Edna Place (Philadelphia, Pennsylvania) and Lillian Murphy (Hampton Roads, Virginia) - were awarded the Navy Cross, posthumously.

Recently, the spread of the Avian Flu has become a major concern. It may mutate and possibly mimic the virulence and symptoms of the 1918 Spanish Influenza. If this happens, the US Navy will again be on the forefront of medical care.

Caperton, William B. "History of Flag Career of Rear Admiral William B. Caperton, US Navy, Commencing January 5, 1915." (Washington, DC: n.d [1919?]): 377-382. [Caperton provides an eyewitness account of the 1918 Influenza while serving on Armored Cruiser No. 4, USS Pittsburgh, at Rio de Janeiro, Brasil. The original document is located at the National Archives and Records Administration in Washington, DC, in Record Group 45. A photocopy is located in the Navy Department Library. Admiral Caperton authored this document at the end of his career. The full document contains a firsthand account of operations in Haiti, 1915-1916; Nicaragua and Mexico, 1916; and in the South Atlantic, 1917-1919.].

Personnel Awarded the Navy Cross, and Nurses Receiving a Letter of Commendation for Service During the Influenza of 1918-1919

Hidell, Marie Louise, Nurse, US Navy.
For distinguished service and devotion to duty while serving at the Naval Hospital, Philadelphia, Pa. During the epidemic of the influenza, worked day and night among the patients until stricken with the disease, as a result of which she lost her life on September 28, 1918.

McGuire, Lee W., Lieutenant Commander, US Navy.
For distinguished service in the line of his profession while serving at the U. S. Naval Hospital, Chelsea, Mass., in developing a convalescent influenza-pneumonia serum, which has proved of very great value in reducing mortality from 38 to 4 per cent, and for general service at the hospital.

Miller, Carey F., Hospital Apprentice First Class, US Navy.
For distinguished service and devotion to duty while serving in the Naval Base Hospital at Hampton Roads. During an epidemic of influenza he worked day and night amongst the patients until stricken with the disease as a result of which he lost his life.

Murphy, Lillian M., Nurse, US Navy.
For distinguished service and devotion to duty while serving at the Naval Base Hospital, Hampton Roads, Va. During the epidemic of influenza, worked day and night among the patients until stricken with the disease, as a result of which she lost her life

Place, Edna E., Nurse, US Navy.
For distinguished service and devotion to duty, while serving at the Naval Hospital, Philadelphia, Pa. During the epidemic of influenza, worked day and night among the patients until stricken with the disease, as a result of which she lost her life on September 28, 1918.

Poyer, John M., Commander, US Navy.
For exceptionally meritorious service in a duty of great responsibility as governor of American Samoa, for wise and successful administration of his office and especially for the extraordinarily successful measures by which American Samoa was kept absolutely immune from the epidemic of influenza at a time when in the neighboring islands of the Samoan group more than 10,000 deaths occurred, and when the percentage of deaths throughout the Polynesian Islands as a group, is reported to have ranged from 30 to 40 per cent of the population.

Redden, William R., Lieutenant (Medical Corps), US Navy.
For distinguished service in the line of his profession while serving at the U.S. Naval Hospital, Chelsea, Mass., in developing a convalescent influenza-pneumonia serum, which has proven of very great value in reducing mortality from 38 to 4 per cent, and for general service at the hospital.

Brooke, Elsie., Chief Nurse, US Navy.
While Serving as Chief Nurse at the US Naval Hospital, Chelsea, Mass., she exhibited highly commendable devotion to duty in attending to the sick, particularly during the influenza epidemic in the fall of 1918.

Pringle, Martha E., Chief Nurse, US Navy.
As Chief Nurse at the US.S. Naval Hospital, Philadelphia, Pa., and in charge of the nurses of three Civilian Hospitals, she performed arduous, dangerous and efficient service, especially during the epidemic of influenza in September and October, 1918.

Source: Stringer, Harry R. ed. The Navy Book of Distinguished Service: An Official Compendium of the Names and Citations of the Men of the United States Navy, Marine Corps, Army and Foreign Governments Who Were Decorated by the Navy Department for Extraordinary Gallantry and Conspicuous Service Above and Beyond the Call of Duty in the World War. Washington, DC: Fassett Publishing Company,1921. 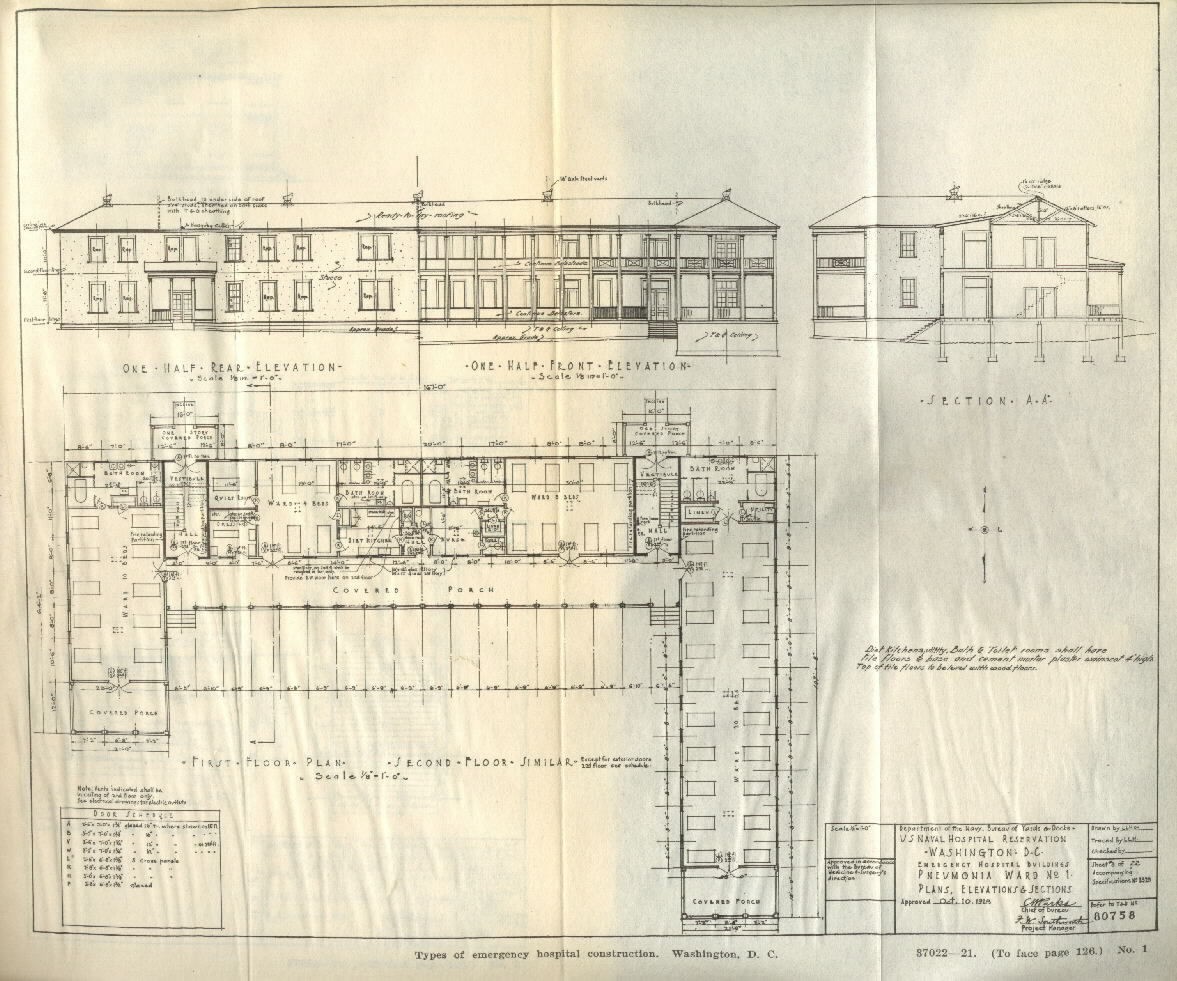