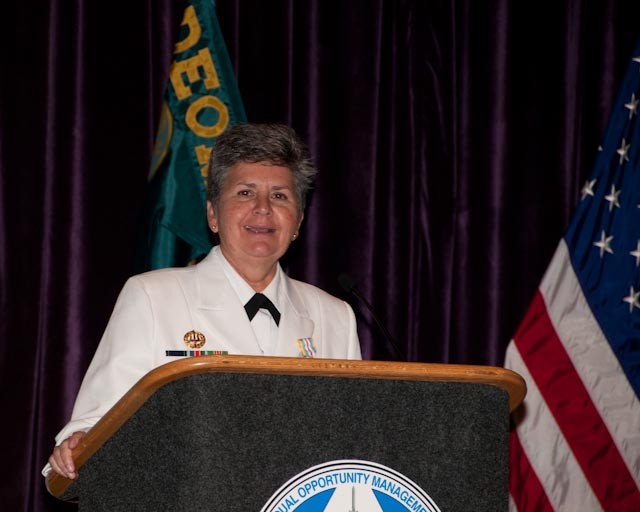 Captain Kathlene Contres was the highest-ranking female Hispanic American officer in the U.S. Navy until her retirement in 2010. She was the first Hispanic American female officer to command the Defense Equal Opportunity Management Institute. Captain Contres selflessly and with great determination opened doors to a generation of women who followed in her footsteps.

Born in rural Pennsylvania, Contres graduated from Slippery Rock University in 1977. Her Mexican-American father served in the Army, but Captain Contres declined to do so, stating that she didn’t want to spend her career crawling around in mud.

Contres joined the service in 1980 and graduated from Officer Candidate School at Newport, Rhode Island, in 1981. While at Newport, she signed official paperwork acknowledging that while she served in a seagoing service, the women who served in the Navy at that time couldn’t go to sea.

Her first duty station was at the Navy Audio Visual Center at Bolling Air Force Base. She learned photography and her intent was to stay in the service for four years. Contres served for 30.

She subsequently was stationed in Guam as the nuclear safety officer overseeing the movement of nuclear weapons between the base and Navy ships and submarines. It was the height of the Cold War and Contres ensured that the missiles were properly maintained and stowed. She was one of a few women doing this highly technical, time-consuming, and hair-raising job.

Her next duty station was Commander-in-Chief, Pacific Fleet (CINCPACFLT), at Pearl Harbor, Hawaii, advising Navy leaders on women and minority retention in the Navy. She also was responsible for advising her admiral about the number of billets (duty assignments) and their locations throughout the Pacific Fleet’s area of operations. From there, Contres went to the San Diego Recruit Training Command and the Long Beach Personnel Support Detachment. She also earned a master's degree in education and training management from San Diego State University.

After tours of duty in California, she reported to the Pentagon, where she worked for Vice Admiral Pat Tracey, the Navy’s first female three-star flag officer, in the Navy Training Directorate and managed the training budget for all shore training commands. 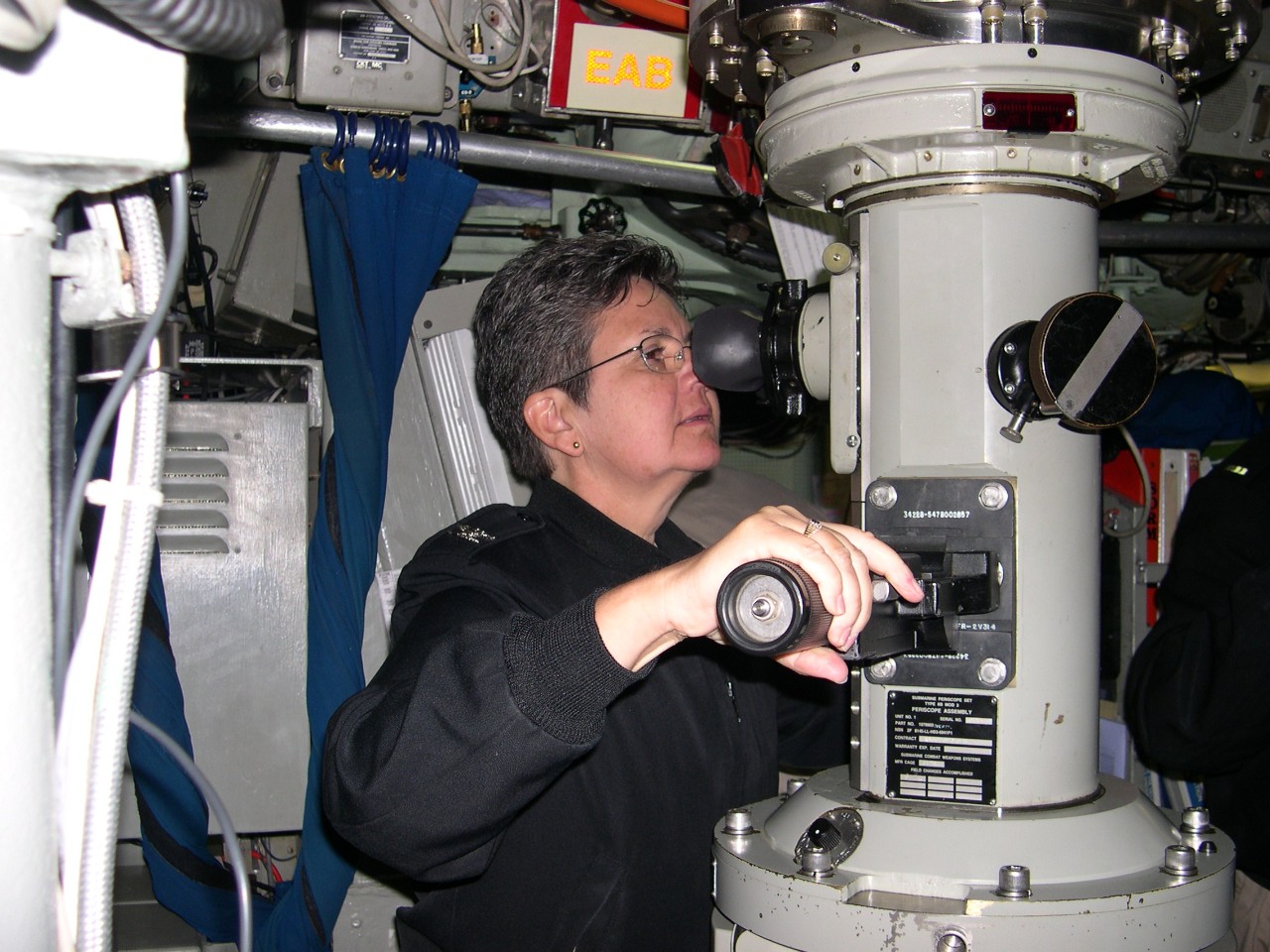 Contres’ command tour was in snowy Buffalo, New York. As the commanding officer of the Recruiting Command detachment, she was responsible for officer and enlisted recruiting across the state of New York. She visited local high schools and colleges with her recruiters, hosted numerous pizza parties, and encouraged students to join the service. Contres shared how her Navy service was respected and envied by her Pennsylvanian high school classmates, many of whom had never left their home state. She was promoted to captain shortly thereafter

Trading "beef on weck” for barbeque, Contres moved to Memphis in 2002. As a junior officer, she advised senior Navy leaders on retention issues. Now, she was the senior Navy leader responsible for creating diversity recruiting policies. Her next and last duty station was as commandant of the Defense Equal Opportunity Management Institute (DEOMI).

DEOMI’s vision is “an inclusive force that values and develops all individuals and thrives on their contributions.” As DEOMI commandant, Contres used her hard-earned first-hand private and professional experience to train the next generation of Department of Defense human resource officers to successfully meet the institution’s mission.

At the same time, she was also president of the Association of Naval Services Officers (ANSO), an organization dedicated to the recruitment, retention, and promotion of Hispanics and Latinos across all ranks of the sea services. ANSO was founded by then–Secretary of the Navy Edward Hildalgo in 1981. Hildalgo was the first Hispanic American to serve as Secretary. He was also a Navy veteran and determined to increase the diversity of the Navy officer corps.

Contres worked closely with Chief of Naval Operations Mike Mullen, who supported the annual ANSO conference and encouraged senior Navy leaders to attend it, stating that recruiting diverse officers was a priority. Admiral Mullen’s support resulted in more Hispanic and Latino officers joining the service, staying in the service, and being promoted to senior-level positions.

For the past several years, Kathlene Contres has lived in southern Florida. She is active in military veterans’ organizations, including the Military Women’s Memorial. Her goal is to share the story of the women who have served in uniform. That number is now over three million, so Contres has a lot of stories to tell.

Thank you, Captain Contres, for your leadership and service to the United States.