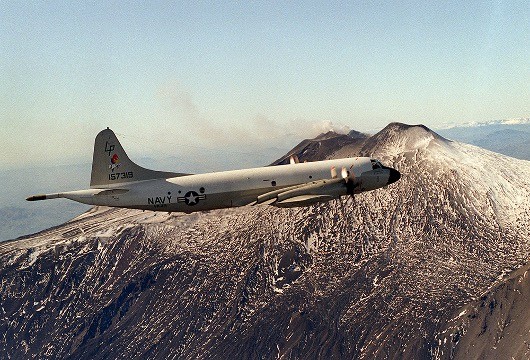 Caption: 330-CFD-DN-SC-88-08331: An air-to-air right side view of a P-3 “Orion” aircraft from Patrol Squadron 49 (VP-49) flying past Mount Etna while returning from a submarine tracking mission. The squadron, based in Jacksonville, Fla., is deployed to Sicily, August 1, 1985. Official U.S. Navy photograph, now in the collections of the National Archives.

A P-3 "Orion" aircraft from Patrol Wing One was ordered to the Seychelles in February 1989 in response to a Soviet request for assistance.  A Soviet scientist from the SRS AA Nesmeyanov was suffering from a severe sickness.  The Orion transported U.S. Navy medical experts to the ship. 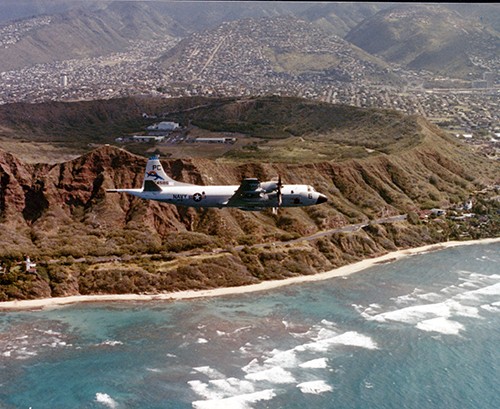