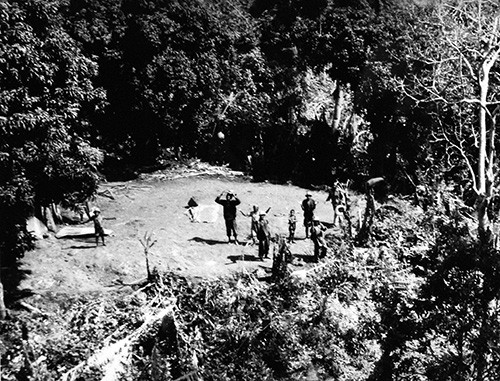 During September-October 1963, Hurricane Flora ravaged the Caribbean and Florida.  Due to the devastation in Haiti, especially at Petit-Trou-de-Nippes where the village was about 85 percent destroyed, the U.S. Navy dispatched USS Lake Champlain (CV-39) and USS Thetis Bay (LPH-6) to the area where they flew approximately 271 sorties, evacuated an estimaged 347 people, and airlifted about 330,105 pounds of relief supplies.  One-thousand people died in the storm and left hundres homeless.   Other ships involved were USS Liddle (APD-60) and USS Muliphen (AKA-61). 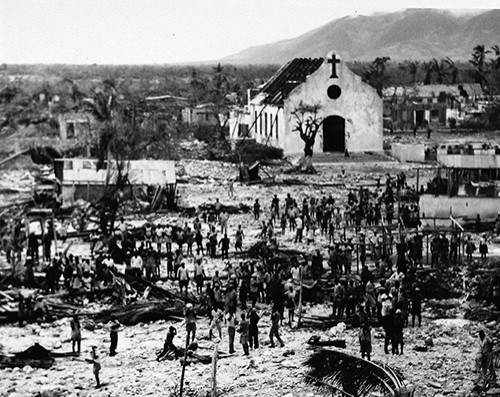 Caption: 330-PSA-243-63 (USN 711380): Refugees of a Storm. Citizens of Petit Thou de Nippes, Haiti – once self-sustaining – gather among the ruins of their city to await relief supplies from U.S. Navy ships. Photograph release October 25, 1963. Official U.S. Navy Photograph, now in the collections of the National Archives. 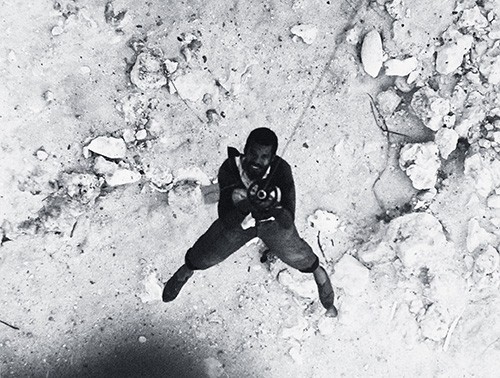 Caption: 330-PSA-243-63 (USN 711381): Rescued from a mountain. A distressed Haitian is lifted to a helicopter from Anti-Submarine Squadron 11, after being stranded on a mountain-side after Hurricane Flora hit the island. Photograph release October 25, 1963. Official U.S. Navy Photograph, now in the collections of the National Archives.

The National Museum of the U.S. Navy has the quarterdeck name board of USS Thetis Bay (LPH-6) on display in the Cold War Gallery.