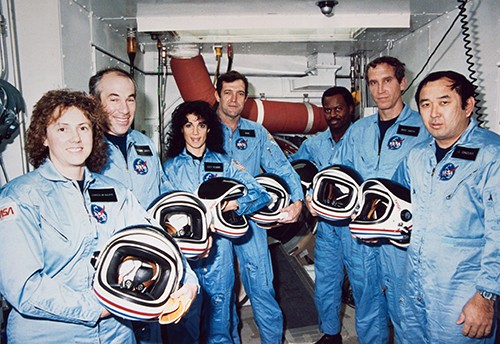 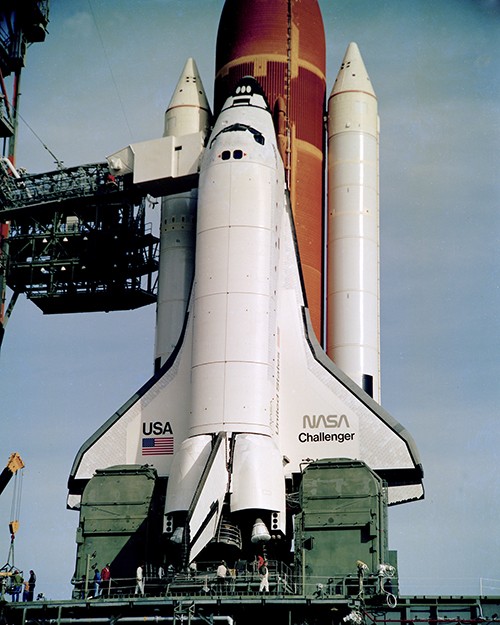 Caption: KSC-83PC-0028. Space Shuttle Challenger. In this image, Space Shuttle Challenger waits on Launch Complex 39A at Kennedy Space Center before its first mission, STS-6, launched on April 4, 1983. Originally built as a test vehicle, in 1979 NASA issued a contract to convert it to a fully space-rated orbiter. It became the second operational Shuttle, delivered to Kennedy Space Center in July 1982. Challenger was destroyed shortly after lift off on her 10th mission, STS-51L, on January 28, 1986. KSC-83PC-0028. Photographed January 26, 1983. NASA Photograph Collection. 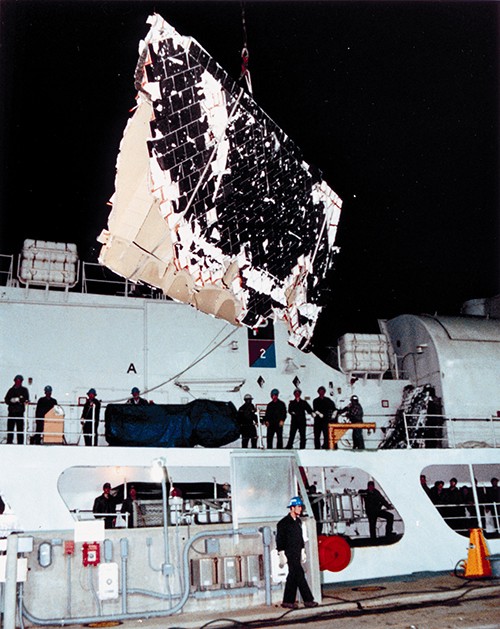 Caption: STS-51-L Debris Aboard the USCG Cutter Dallas, January 30, 1986. With the help of the U.S. Coast Guard and the U.S. Navy, search and recovery teams began retrieving pieces of the Shuttle from the Atlantic Ocean soon after the accident. Vessels brought the debris to the Trident Basin at Cape Canaveral Air Force Station, where they waited to be shipped to Kennedy Space Center for investigation. The USCG Cutter Dallas transported this fragment of exterior tiling. NASA Photograph Collection. 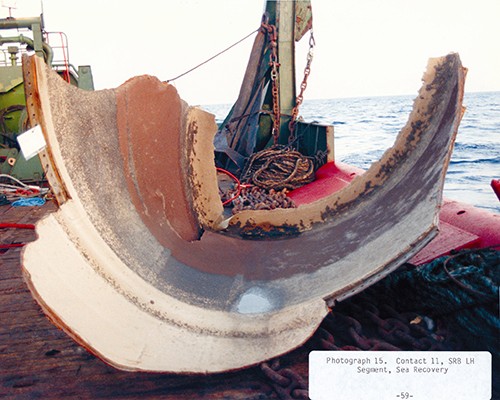 Caption: STS-51-L Recovered Debris (Left Solid Rocket Booster) Search and recovery teams lifted this fragment of the Shuttle's Solid Rocket Booster (SRB) from the ocean onto a waiting ship and then returned it to Kennedy Space Center for the investigation into causes of the accident. A chemical profile on the propellant traces remaining on the metal combined with its ocean location in comparison to radar trajectory charts led the teams to conclude that this piece of debris belonged to the left-hand SRB. Photographed March 7, 1986. NASA Photograph Collection. 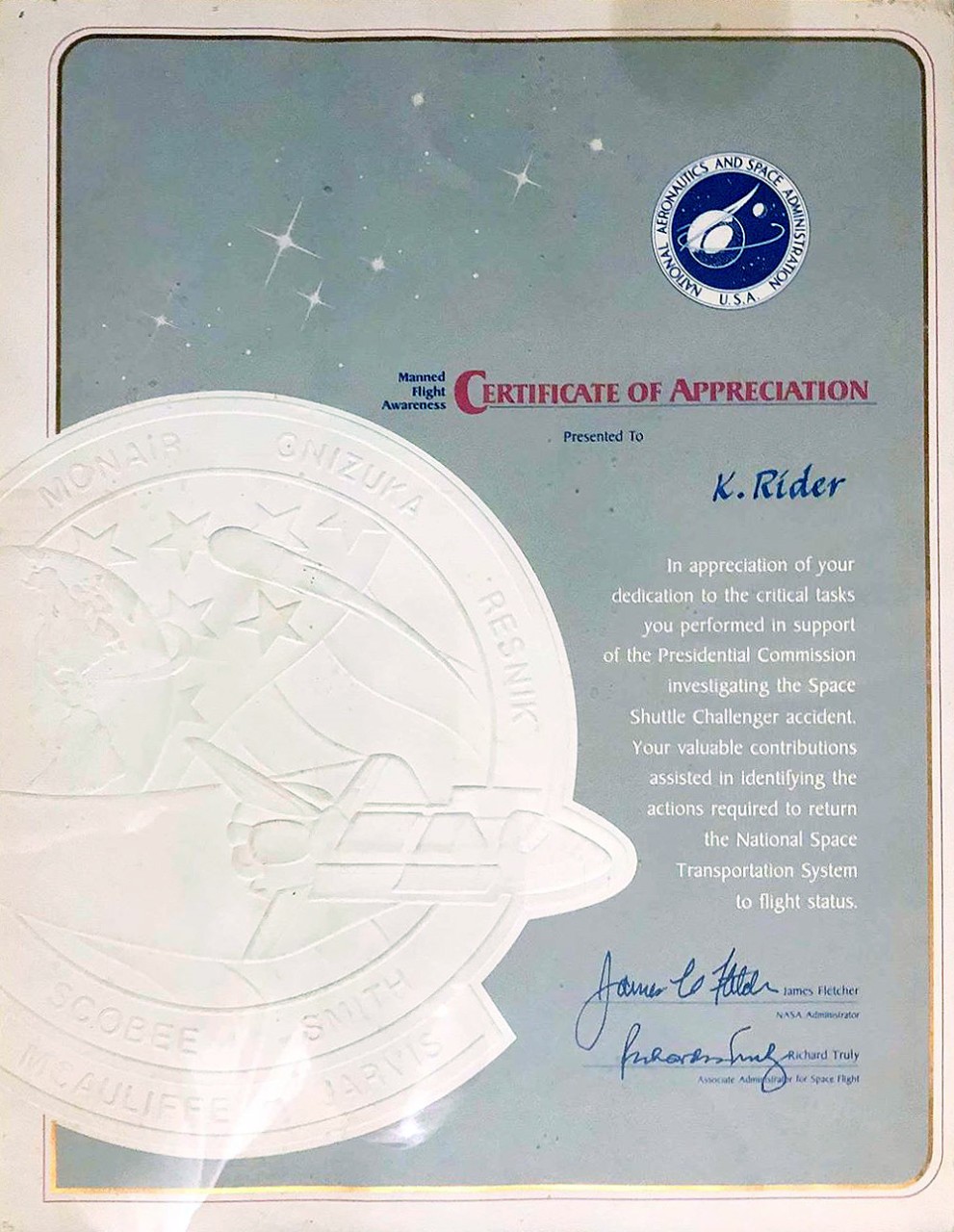 NASA Certificate of Appreciation for Manned Flight Awarness for Space Shuttle Challenger.  For U.S. Navy personnel who partook in the search for Challenger, NASA awarded these certificates.   This certificate reads, "In appreciation of your dedication to the critical tasks you performed in support of the Presidential Commission investigating the Space Shuttle Challenger accident.  Your valuable contributions assisted in identifying the actions required to return the National Space Transportation System to flight status."  Signed by Mr. James Fletcher, NASA Administrator, and Mr. Richard Truly, Associate Adminstrator for Space Flight.   The names of the Challenger crewmembers are on the insignia to the left.   Courtesy of Mr. Kevin Rider, crewmember of USS Dewey (DDG-45), which took part in the initial search operation.