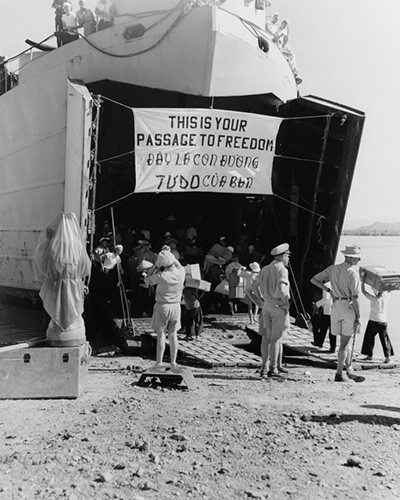 Caption: 80-G-647057: Greetings onboard USS LST-901, at Haiphong, North Vietnam, as refugees go aboard to embark on their journey to Saigon, South Vietnam. Official U.S. Navy Photograph, now in the collections of the National Archives. 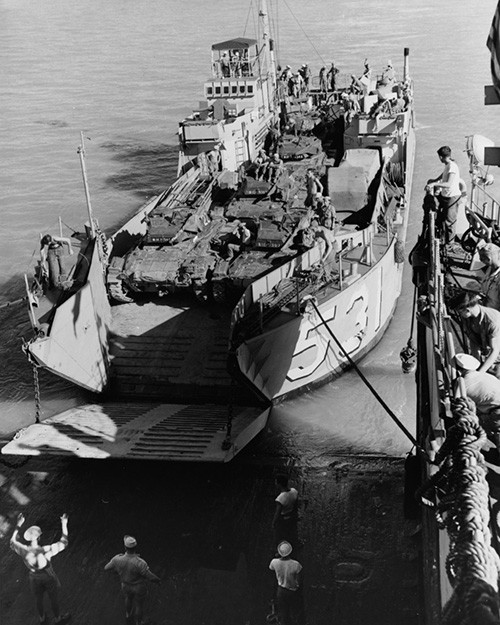 Caption: 80-G-649028: An LCU-531 ties up to USS Tortuga (LSD-26) in preparation for transferring a load of French tanks for transport to South Vietnam, August-September 1954. Official U.S. Navy Photograph, now in the collections of the National Archives.

Following the First Indochina War in August 1954, Geneva Accords resulted in the partition of Vietnam at the 17th Parallel.  The agreements permitted a 300-day grace period, ending in May 1955, where people could freely move between the two sections of Vietnam before the borders were sealed.   Operation Passage to Freedom was the U.S. Navy, and civilian-manned ships assigned to the Military Sealift Transportation Service, transportation of 310,000 Vietnamese ciivilians, soldiers, and non-Vietnamese members of the French Army from communist North Vietnam to South Vietnam.   A smaller number elected to go North, approximately 14,000.   For this mission, the Navy formed Task Force (TF-90), to assist the evacuation.  Admiral Lorenzo S. Sabin, USN, commanded the operation. 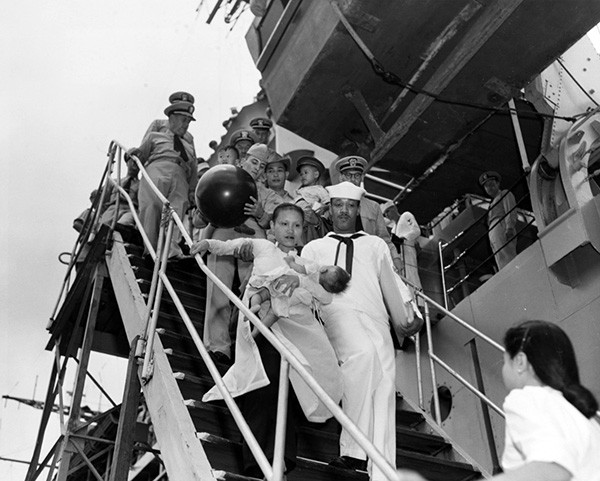 Caption: 80-G-647026: A Vietnamese mother and baby are helped down the gangway of USS Estes (AGC-12) as refugees arrive at Saigon after being evacuated from the North. Official U.S. Navy Photograph, now in the collections of the National Archives. 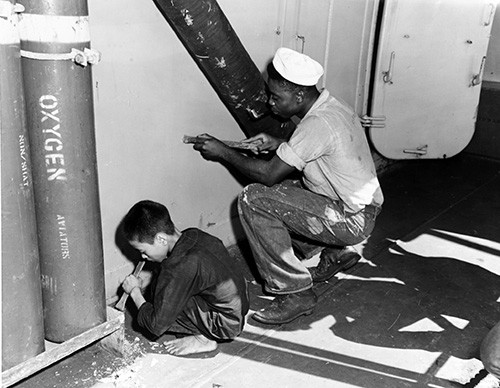 Caption: 80-G-644528 Operation "Passage to Freedom", 1954 A young Vietnamese refugee lends a helping hand to a sailor chipping paint on board USS Bayfield (APA-33), while enroute from Haiphong to Saigon, Indochina, 7 September 1954. Note aviators' oxygen bottle at left. U.S. Navy Photograph, now in the collections of the National Archives. 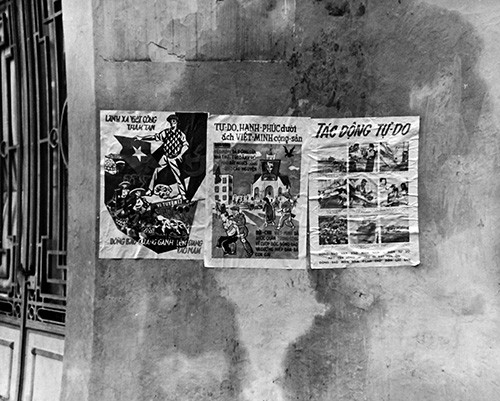 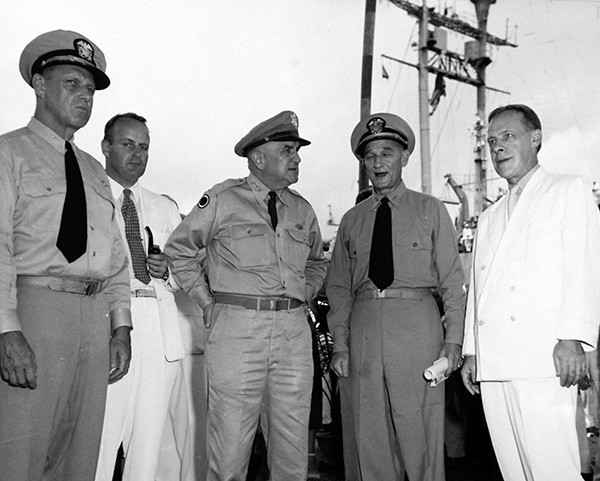 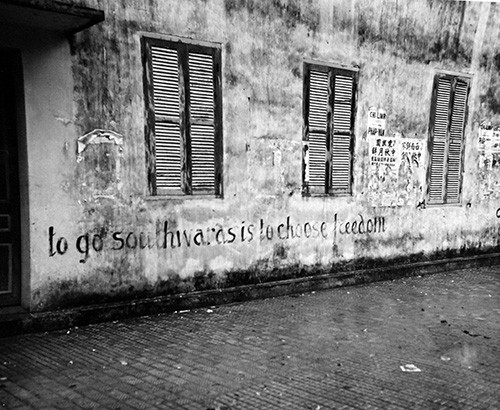