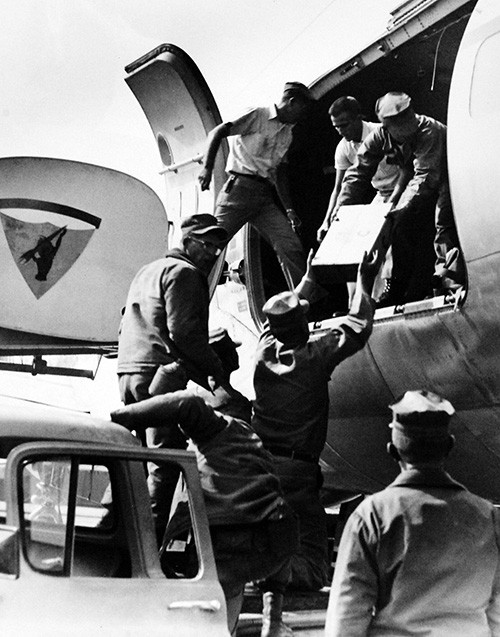 Caption: 330-PSA-75-64 (USN 1093135): U.S. Navy Seabees load their tools and equipment aboard aircraft at Point Mugu, California, as they prepare to depart for Alaska. The group, consisting of 152 men from Mobile Construction Battalion Nine, is composed of electrical and utilities specialists. They will help restore these essential services to parts of Alaska that suffered such severe damages in the recent earthquakes and tidal waves. Other Navy planes have been carrying shipments of food, clothes, portable generators, heating units, and living supplies to the people of Alaska. Photograph released March 31, 1964. Official U.S. Navy Photograph, now in the collections of the National Archives. 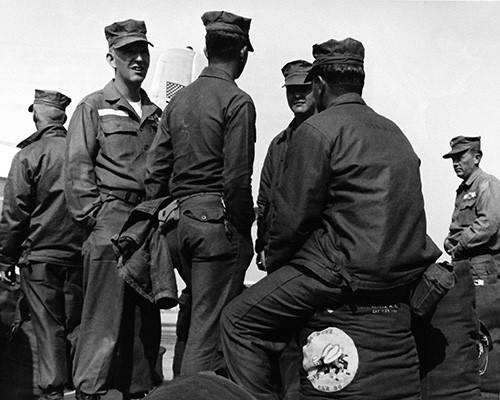 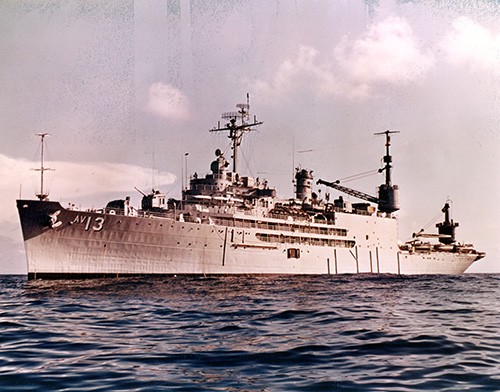