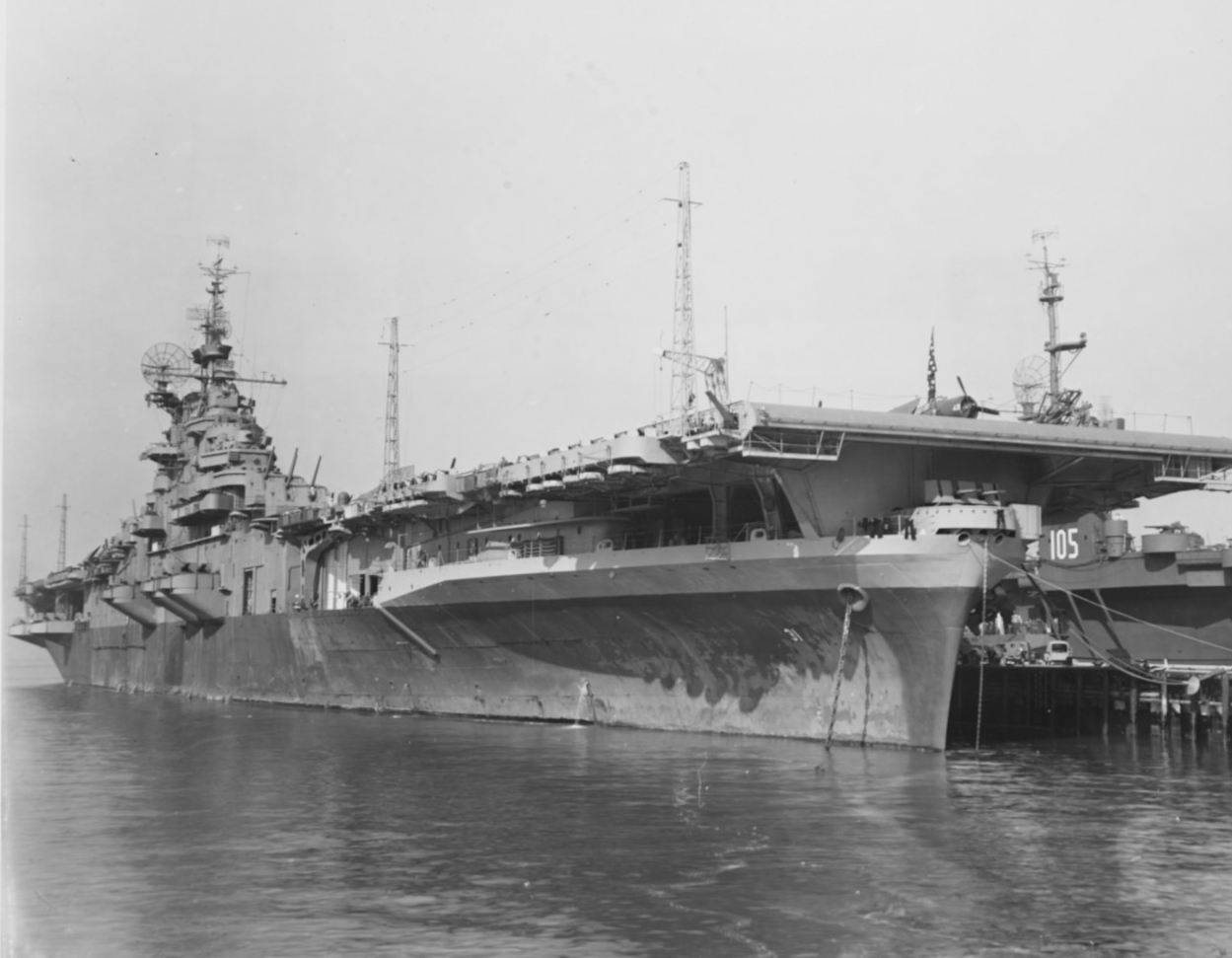 Bon Homme Richard (CV-31) is considered the second ship of the name despite the difference in spelling, an error which may have crept in as early as the 1860s when the name was assigned to a steam frigate that was never built and which later was compounded, no doubt, by the haste with which an enormous number of ships were named during World War II.

Bon Homme Richard departed Norfolk 19 March 1945 to join the Pacific Fleet and arrived at Pearl Harbor, T.H., on 5 April 1945. Following additional training in Hawaiian waters, the carrier joined Task Force (TF) 38 off Okinawa 6 June 1945. During 7–10 June, she joined in the attacks on Okino Daito Jima and then served with the Third Fleet during the air strikes against Japan (2 July–15 August). She remained off Japan until 16 September and after a short training period off Guam, proceeded to San Francisco, Calif., arriving on 20 October. She left San Francisco on 29 October and steamed to Pearl Harbor to undergo conversion for troop transport duty. From 8 November 1945 to 16 January 1946, she made trans-Pacific voyages, returning service members to the United States during Operation Magic Carpet, before being decommissioned on 9 January 1947. 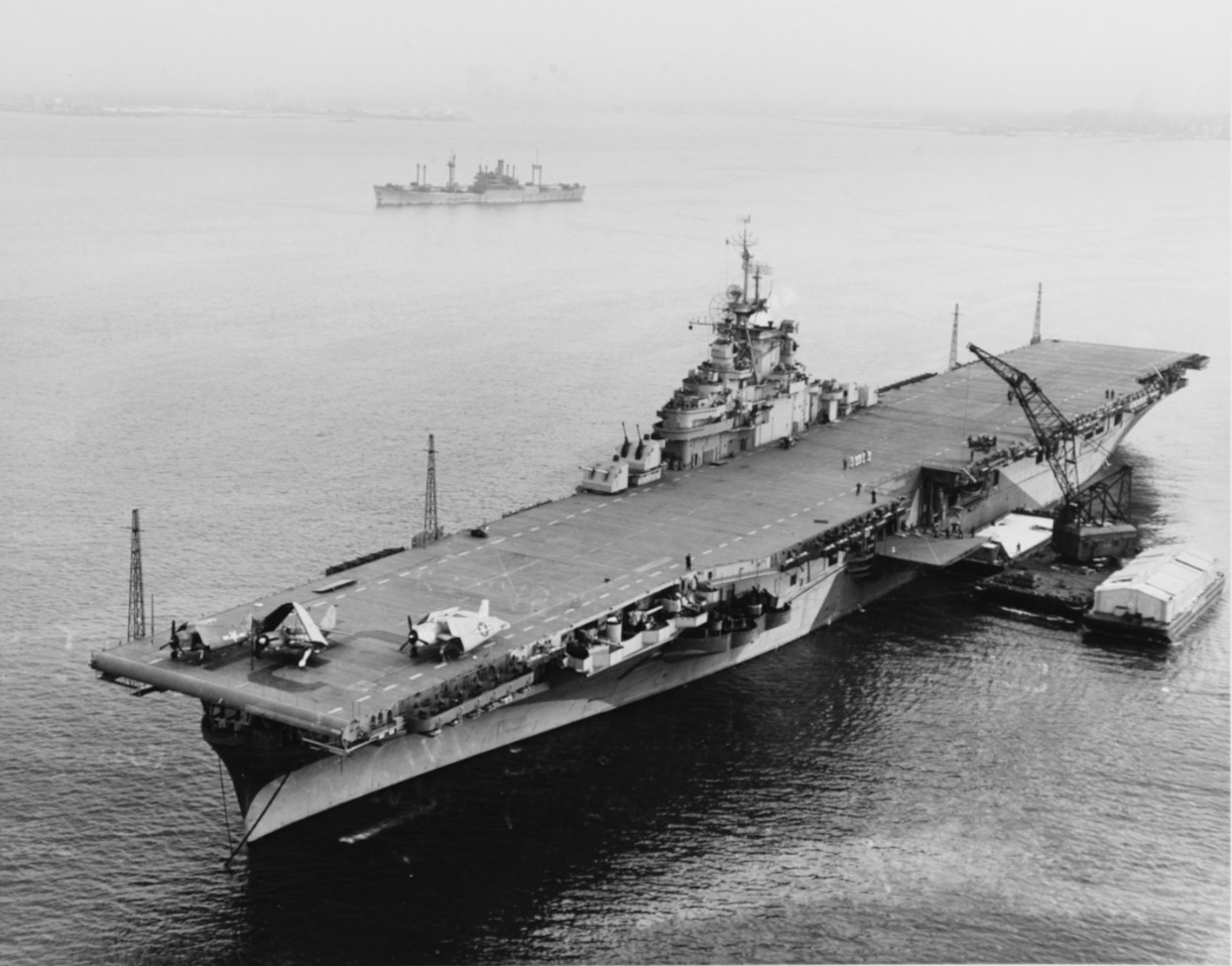 Bon Homme Richard was recommissioned on 15 January 1951 and on 10 May departed San Diego for the western Pacific. She joined TF 77 off Korea on 29 May and launched her first air strikes two days later on the 31st. Bon Homme Richard continued operations with TF 77 until 20 November 1951. The carrier reached San Diego in mid-December and on 20 May 1952 was off again to the western Pacific. She joined TF 77 once more on 23 June and took part in the heavy strikes against a North Korean power complex (24–25 June). She was reclassified to an attack aircraft carrier (CVA-31) on 1 October 1952. Just over a week later, she participated in an amphibious feint at Kojo (12–16 October). She continued operations against North Korean targets until 18 December 1952 and then steamed to San Francisco, where she arrived on 8 January 1953. 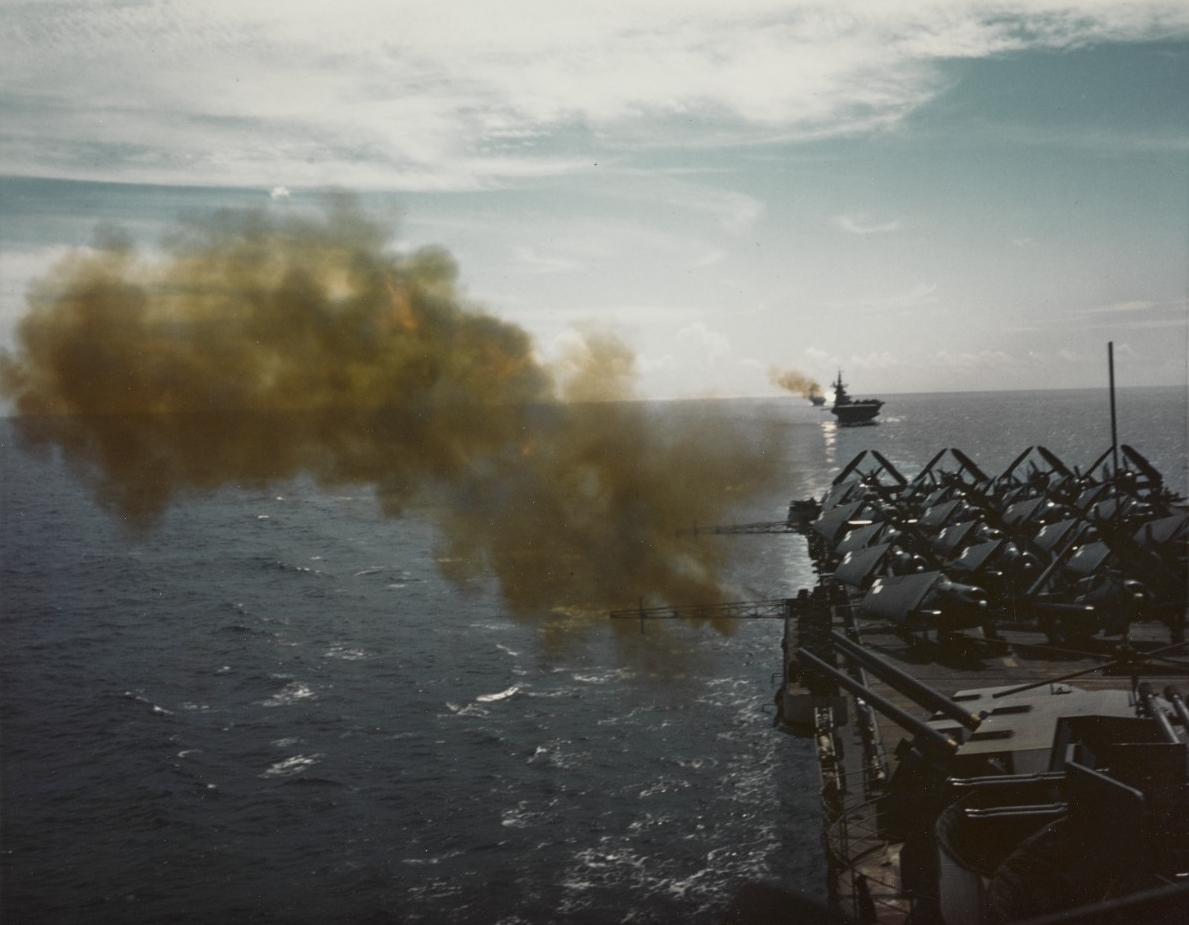 Bon Homme Richard went out of commission on 15 May 1953 preparatory to modernization. When recommissioned on 6 September 1955, she had an angled and strengthened flight deck, enclosed bow, enlarged elevators, and steam catapults. She completed her conversion period on 31 October 1955 and commenced sea trials in the Alameda-San Diego area. Bon Homme Richard then served with the Pacific Fleet and made several tours of the western Pacific.

Bon Homme Richard was decommissioned on 2 July 1971, and on 20 September 1989, stricken from the Navy List. She was disposed of by scrapping on 4 February 1992.

Bon Homme Richard received one battle star for her World War II service and five battle stars for participation in the Korean conflict.