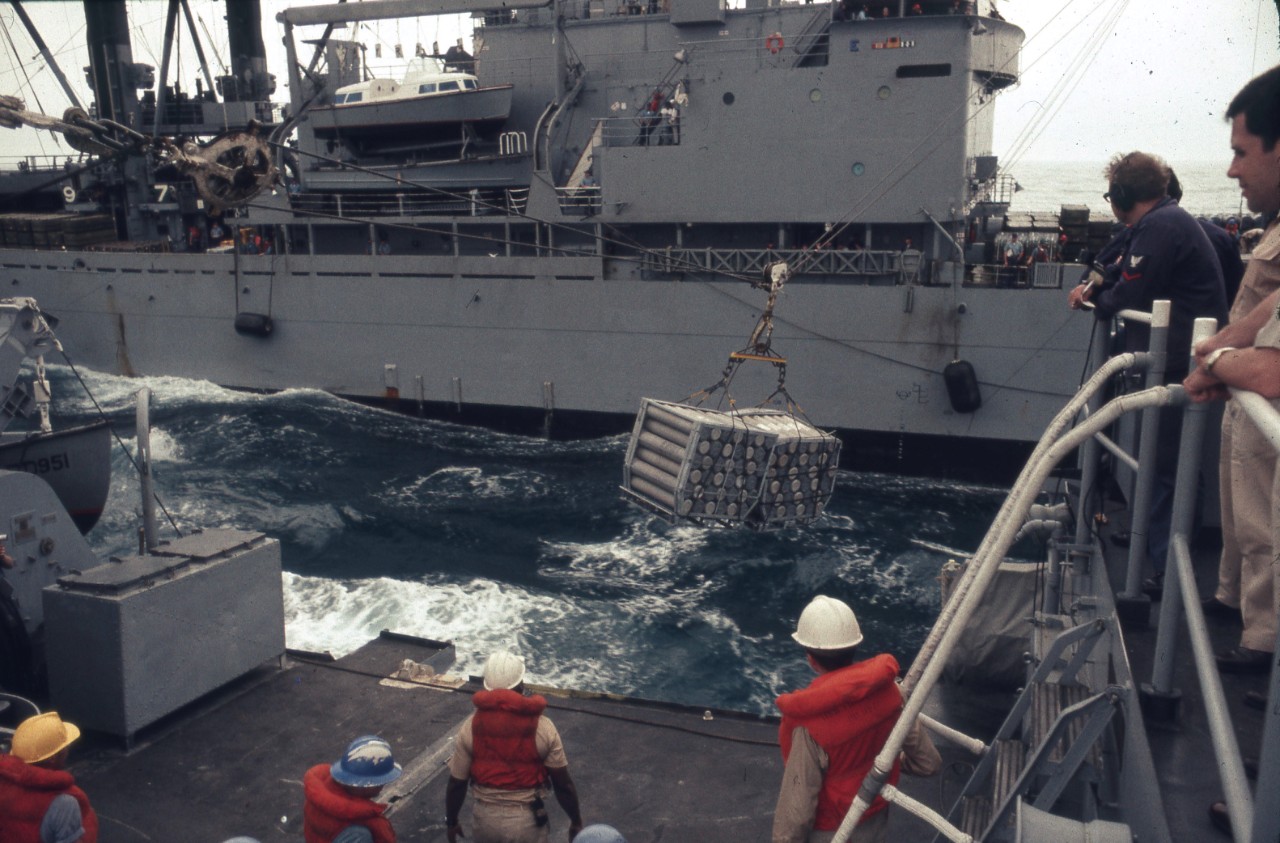 From Bullets to Beans: Underway Replenishment

With dozens of ships off Vietnam at any time, U.S. naval forces needed a constant flow of supplies. Ammunition ships provided much-needed ordnance to ships on the gun line and the carriers on Yankee and Dixie Stations. Oilers fueled ships so they could remain on constant patrol. Stores ships provided food and other resources to strengthen Sailors’ bodies and morale. During underway replenishment, ships transferred fuel or supplies by shooting lines across to other ships while maintaining speed and course. The Navy also used helicopters for vertical replenishment.