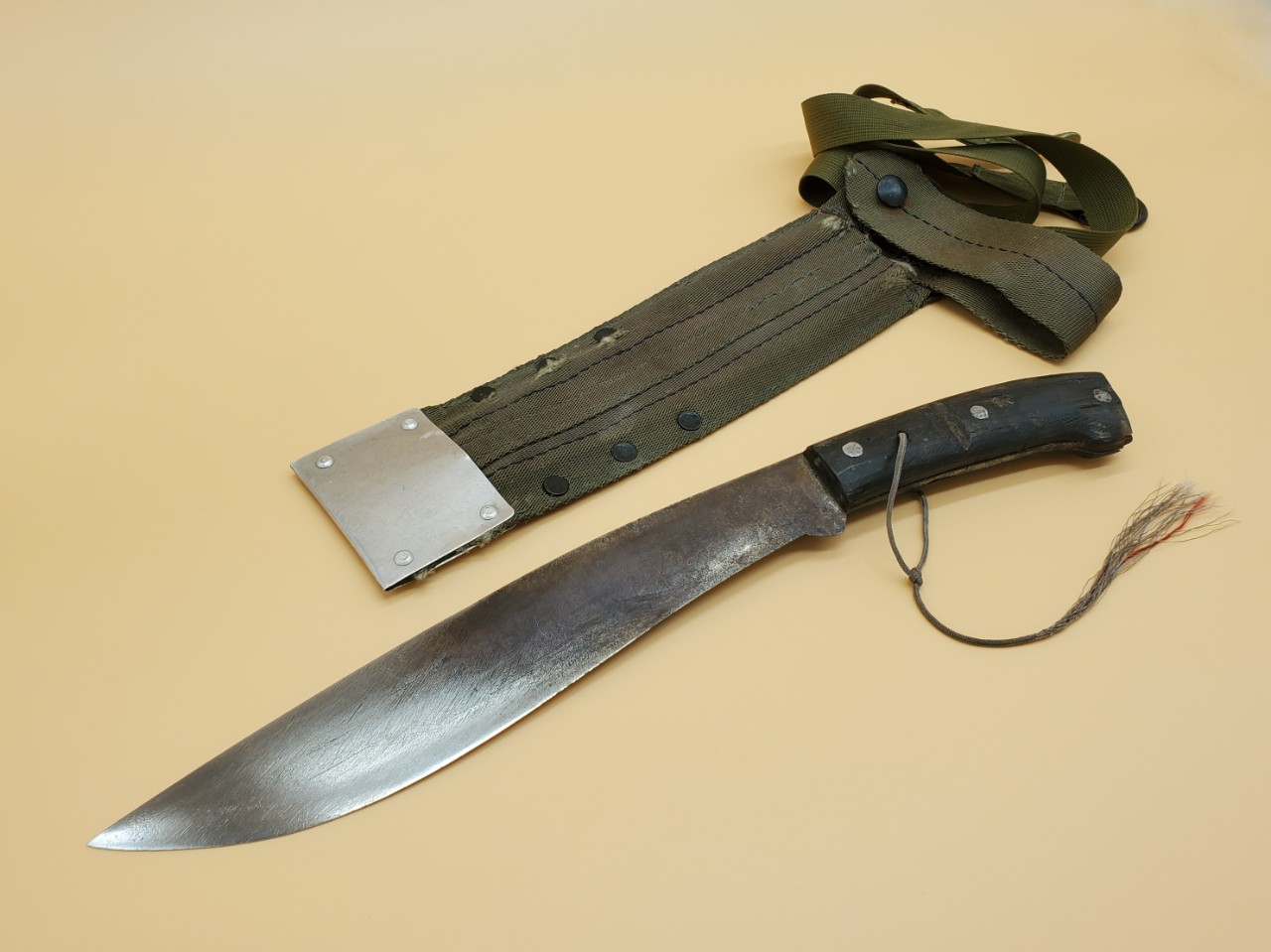 Caption: A-4 Skyhawk pilot Lieutenant Commander Jim Reid carried this knife during his missions over Vietnam. Knives like this one could cut parachute rigging or jungle growth. Jim Reid remembered that he wanted a knife “that wasn’t too long, because I’m a relatively short man,” and he wanted his knife to be sharp enough to cut through his parachute harness if he ever had to eject from his aircraft. With a slightly curved blade that was razor sharp, Reid referred to this knife as the “short man’s machete.” (Gift of Jim Reid) 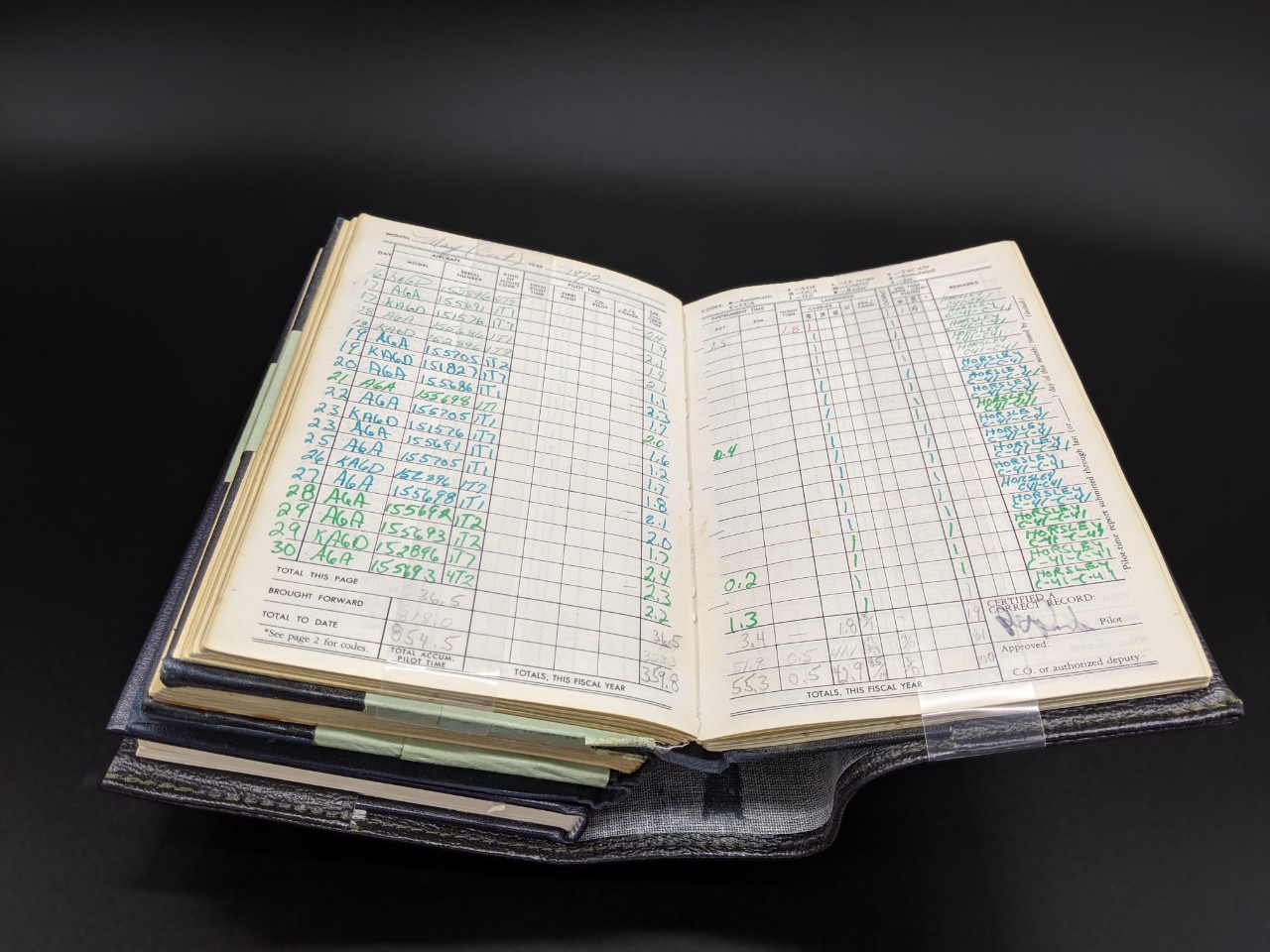