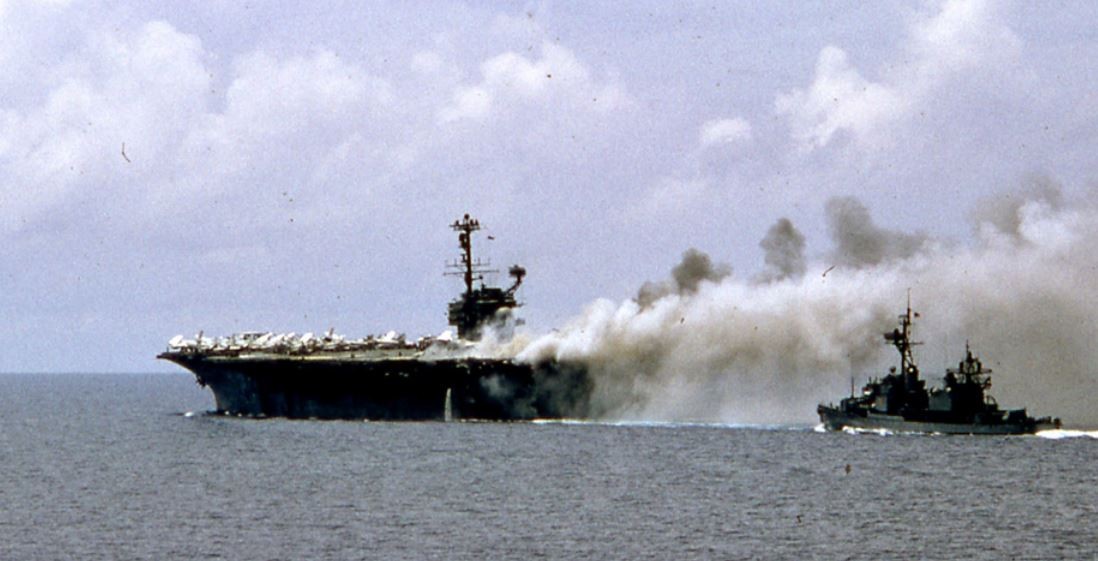 A Navy in Flames: Carrier Fires in Vietnam

Fire is a constant threat on warships, and the Navy suffered three costly fires aboard aircraft carriers during the conflict. On October 26, 1966, ordnance explosions on USS Oriskany (CVA 34), sparked by a mishandled flare, soon engulfed the whole forward half of the carrier. On July 29, 1967, a fire broke out on USS Forrestal (CVA 59) when a Zuni rocket on one plane misfired and hit the fuel tank of an A-4 on deck. Chaos followed as bombs on the flight deck started exploding and burning fuel ignited the lower decks. On January 14, 1969, USS Enterprise (CVAN 65) was training off Hawaii in preparation for deployment. As with Forrestal, a Zuni rocket accidentally fired and engulfed the flight deck in flames.