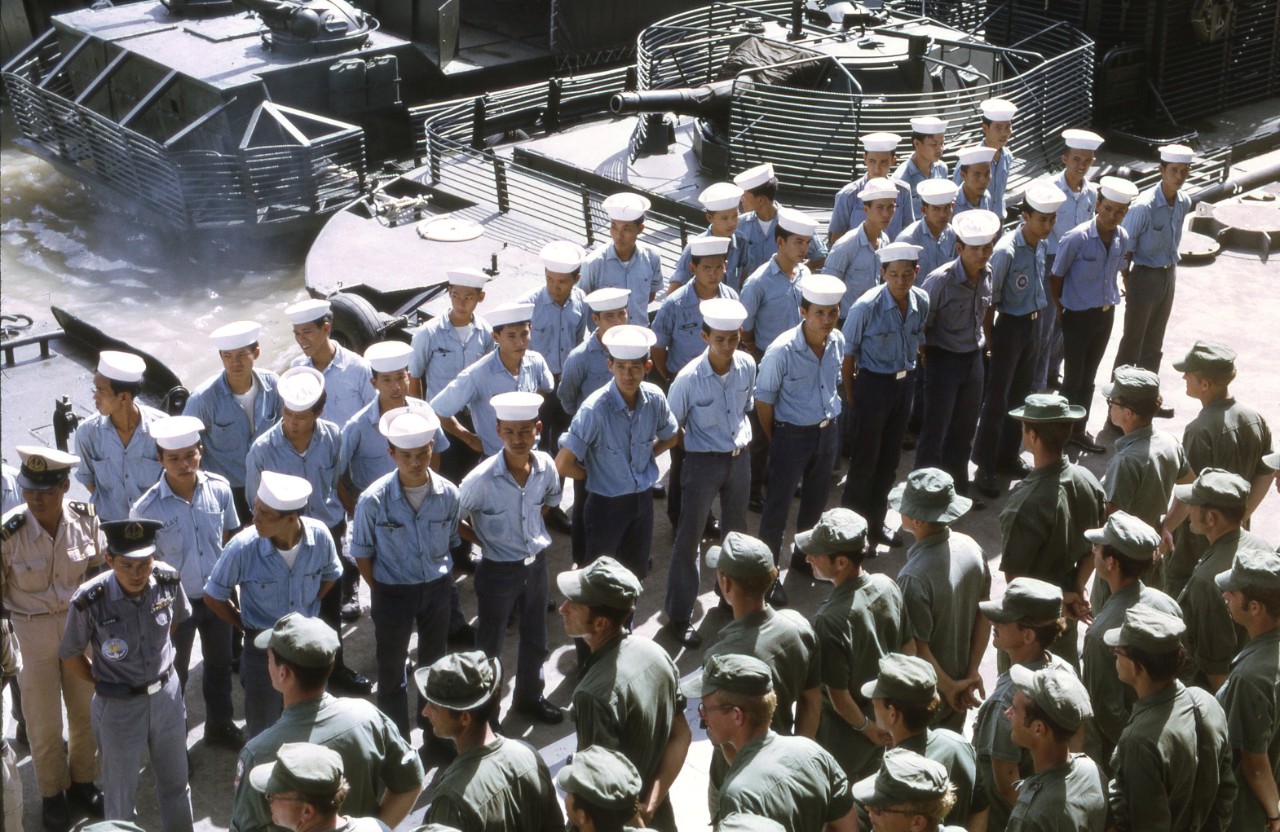 Caption: Members of Task Force 117 face the future Vietnamese crewmen during a ceremony transferring riverine craft to the Republic of Vietnam at Dong Tam in June 1969. (National Archives and Records Administration)

In the wake of the Tet Offensive, a new presidential administration, and anti-war protests at home, American policy moved toward withdrawal from Vietnam. In 1969, the Nixon administration’s program of Vietnamization transferred responsibility for the war to South Vietnam. Under ACTOV (Accelerated Turnover to the Vietnamese), the Navy turned over its river force, coastal combatant fleet, and logistic support establishment. When sufficiently trained, the South Vietnamese sailors and officers relieved their American counterparts, who then rotated back to the United States. The ACTOV program gave the Vietnamese Navy control of the inshore blockade, the high seas surface patrol, and the coastal radar network.