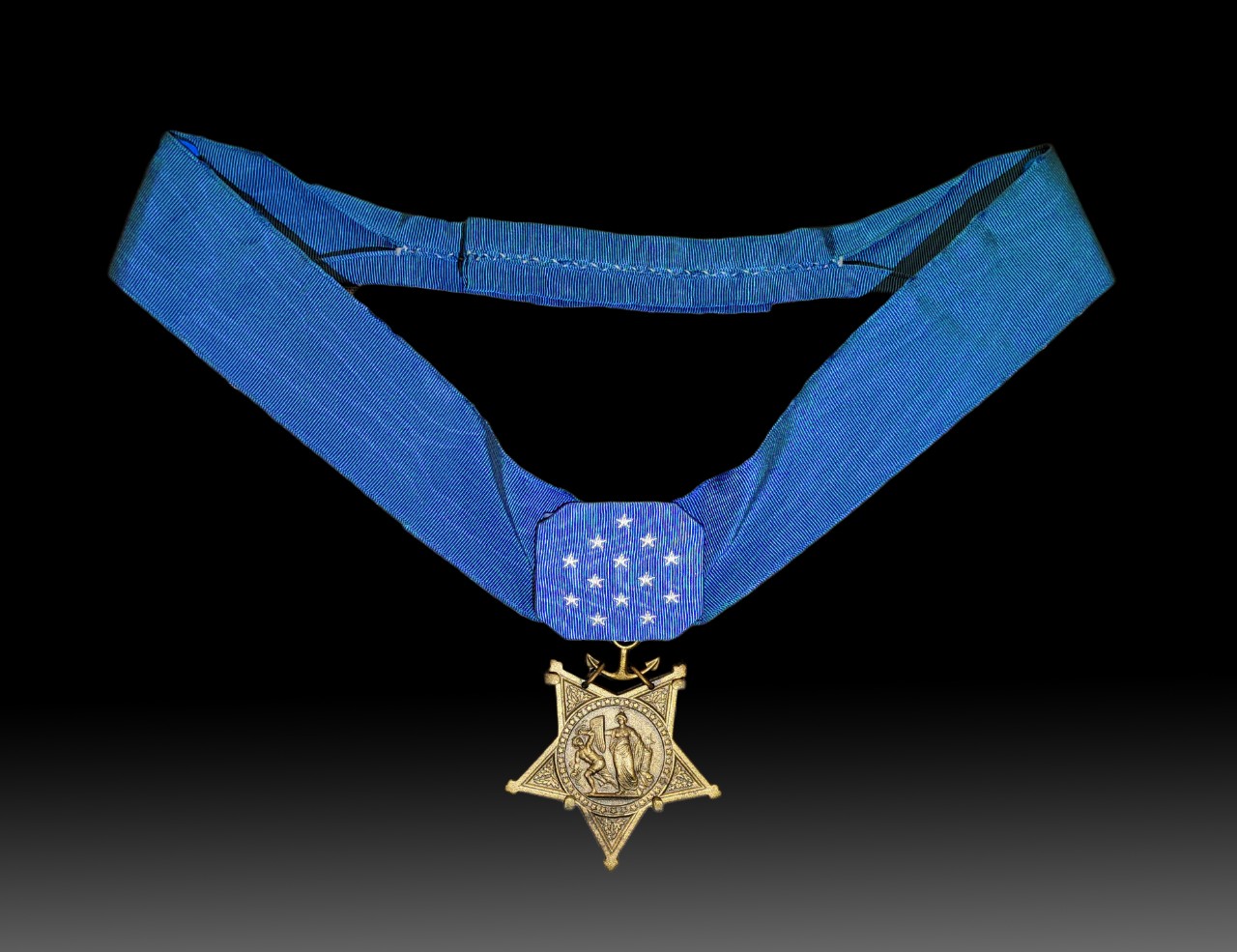 Caption: Rear Admiral James Bond Stockdale was a senior officer in the Prisoner of War camps of North Vietnam. He was singled out for torture and solitary confinement after leading the resistance to enemy captors. Stockdale’s motto for himself and his fellow POWs was, “Unity over self.” For his actions, he received the Medal of Honor in 1976. (On loan from Naval History and Heritage Command)