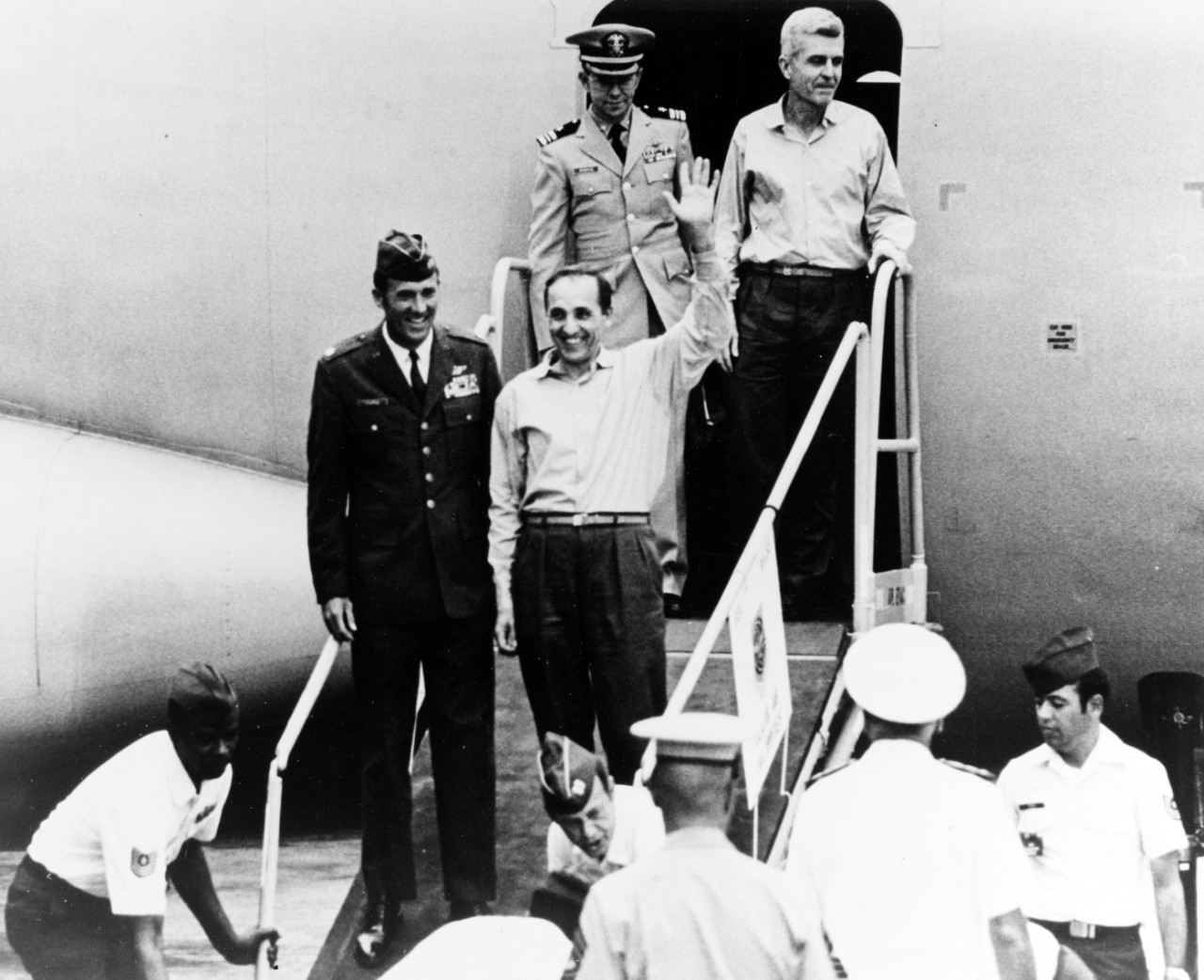 On January 27, 1973, the combatants signed a cease-fire agreement in Paris. North Vietnam agreed to release all American prisoners of war in exchange for U.S. military withdrawal from South Vietnam and the U.S. Navy’s clearance of mines from North Vietnamese waters. During February and March, the U.S. repatriated 138 naval aviators. The men received a joyous welcome from families and friends at reception centers in the Pacific and the United States. Operation Homecoming provided extensive medical, psychological, and emotional support for the prisoners’ transition from captivity.