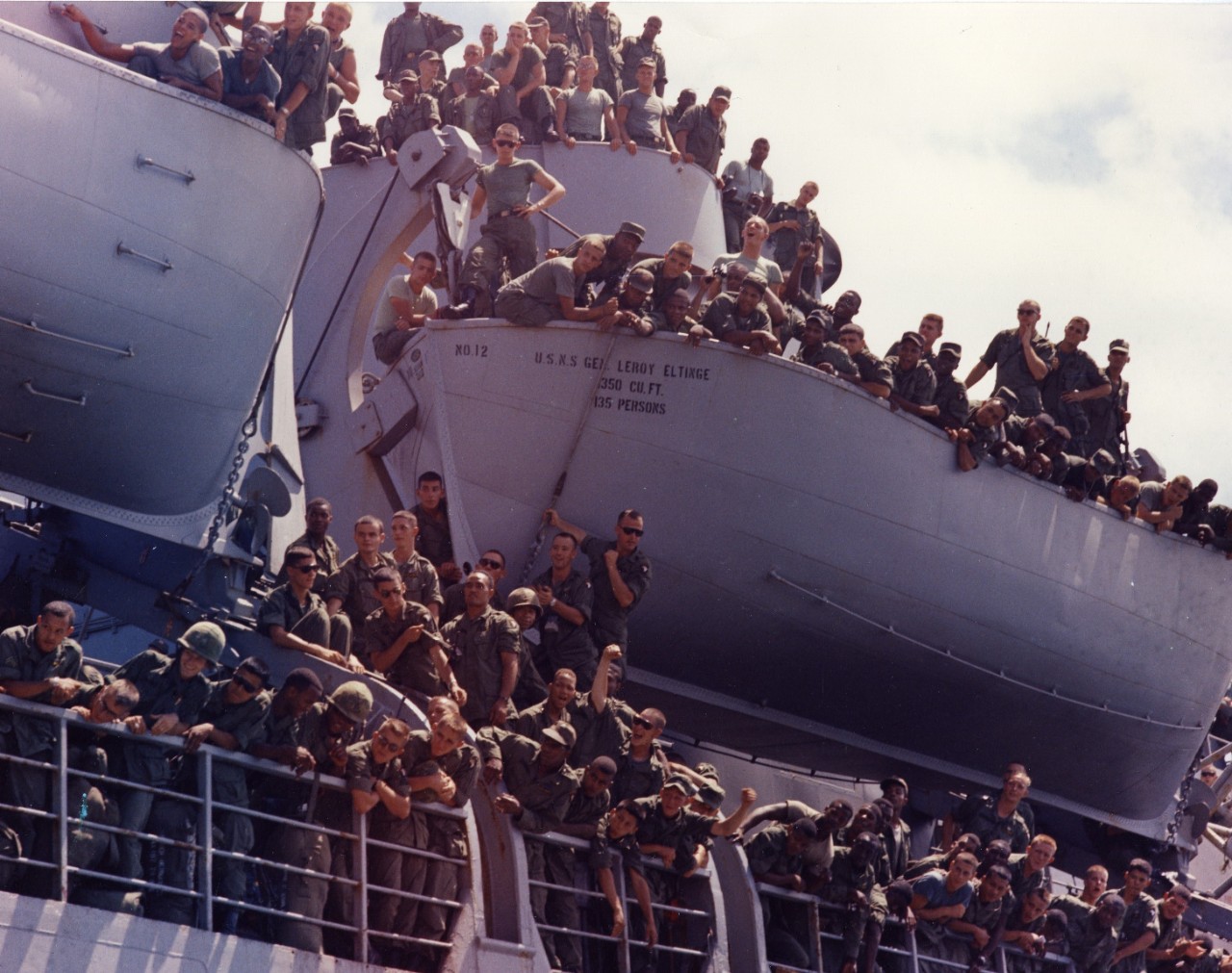 Caption: In this image, Soldiers of the 101st Airborne Division arrive in Cam Ranh aboard the troop transport General LeRoy Eltinge in 1965. (Naval History and Heritage Command)

Before 1968, American forces were transported to Vietnam on MSTS troop transports operated by civilian mariners. Ships such as the 523-foot USNS General LeRoy Eltinge carried nearly 3,000 troops across the Pacific Ocean on each trip. The three-week voyage afforded Soldiers and Marines the opportunity for recreation and preparation for the trials and dangers they would face on their year-long tours of duty.