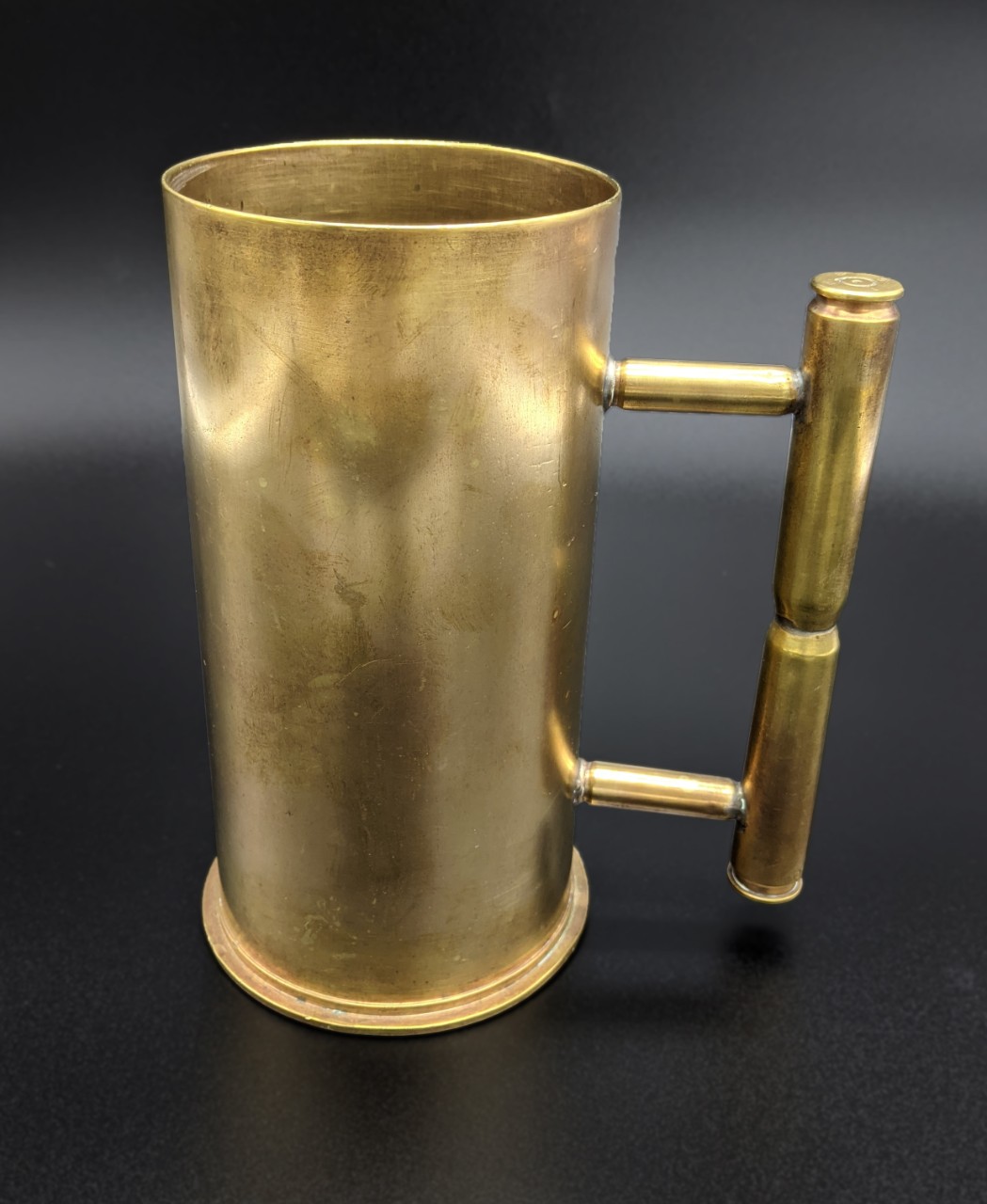 Caption: Five MiGs attacked USS Biddle (DLG 34) on the night of July 19, 1972, while the guided missile destroyer was on station to warn the fleet of enemy aircraft threats. The ship shot down at least two of the MiGs with missiles and gunfire. The destroyer's crew made this mug from the casings of shells fired at the attacking aircraft. (On loan from Jim Keiper)