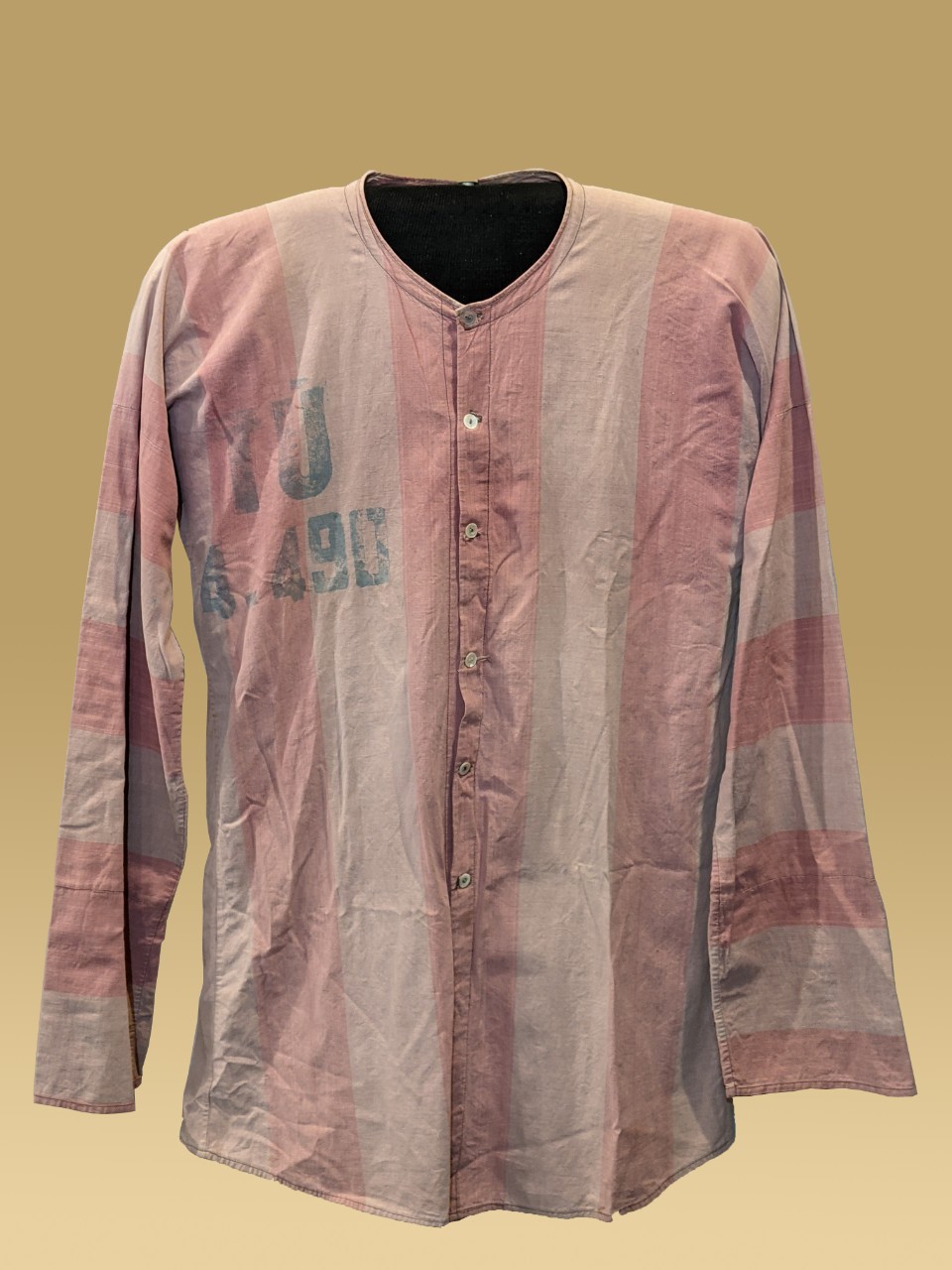 Caption: Lieutenant Commander Kay Russell’s F-8E aircraft was shot down over North Vietnam on May 19, 1967. For the next six years, he was held in various POW camps, including the infamous “Hanoi Hilton.” Russell was released in 1973. (On loan from Naval War College Foundation) 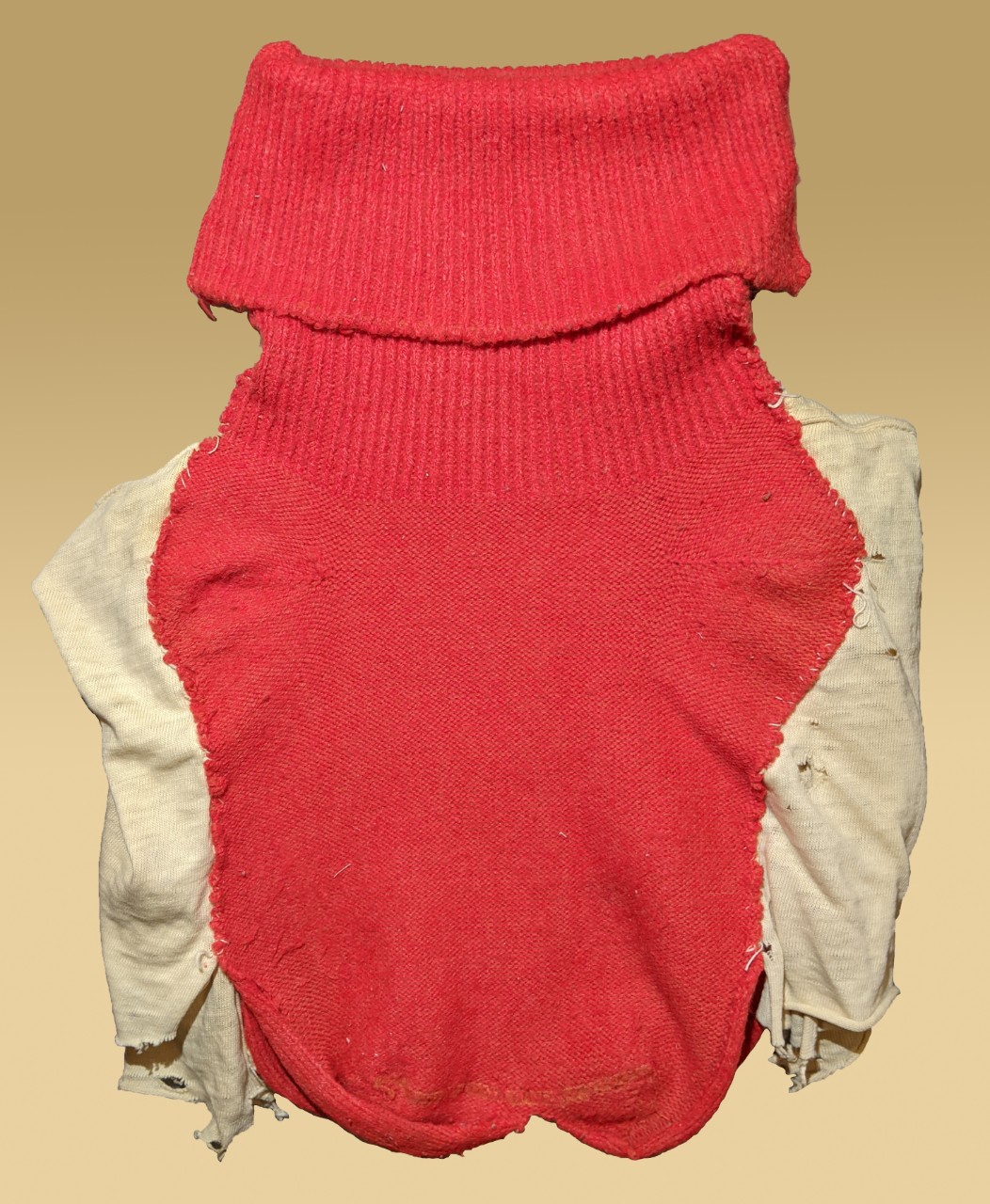 Caption: Lieutenant (junior grade) Porter Halyburton’s plane was shot down sixty miles north of Hanoi in 1965. While imprisioned, Halyburton received a pair of red socks in the first care package from his wife in 1969. They were used as socks, gloves, and even Christmas stockings before Porter finally made them into a “dickie,” or a fake turtleneck, to keep his neck warm. (On loan from Naval War College Foundation)