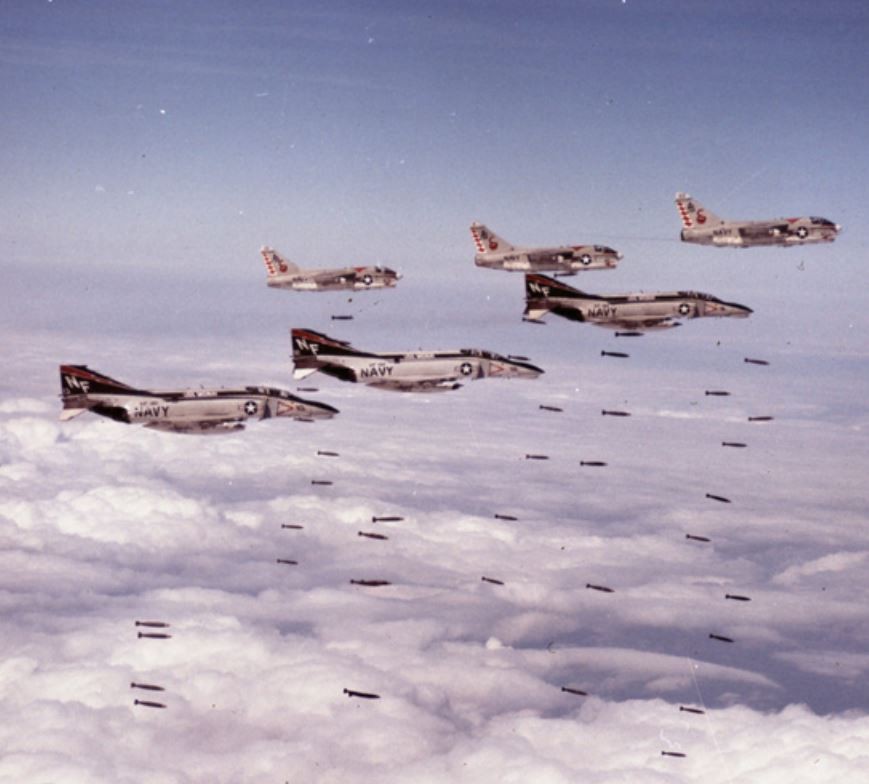 Caption: F-4 Phantoms from USS Midway (CVA 41) and A-7 Corsair IIs from USS America (CVA 66) attack a target in a coordinated LORAN bomb strike. During Operation Linebacker, aviators flew an average of 4,000 sorties per month. (National Archives and Records Administration)

In 1972, Operation Linebacker broke the North Vietnamese Easter Offensive and convinced Hanoi to negotiate for peace. Unlike Rolling Thunder, U.S. Air Force and Navy commanders chose the targets and tactics without geographic restrictions. When peace talks halted in December, Operation Linebacker II focused bombing efforts on the capital city of Hanoi and the main port at Haiphong. In less than two weeks, North Vietnam resumed peace talks in earnest. 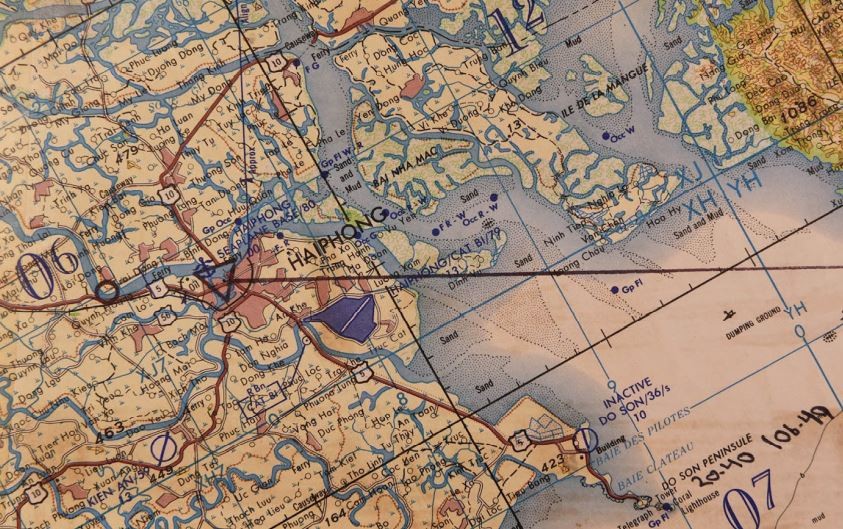 Caption: A-6 Intruder Bombardier/Navigator Bob Ponton used this chart to navigate during bombing missions. He remembered the details of one specific mission: “Our target was Haiphong Harbor. . . On the way in, we could see a burning ship at the pier, which was our target. We got down low, we released the ordnance. At the time we were carrying sixteen MK-20 rockeyes, which are cluster bombs. We wanted to put holes in their trucks and stuff, and we released. But oh my God...the AAA was solid hoses of light—just streams of solid lines of light going over us. . . We finished that mission and got back aboard, and that’s the time that I honest-to-God said, ‘I don’t know if I can do that again tomorrow night.’” (Gift of Bob Ponton)