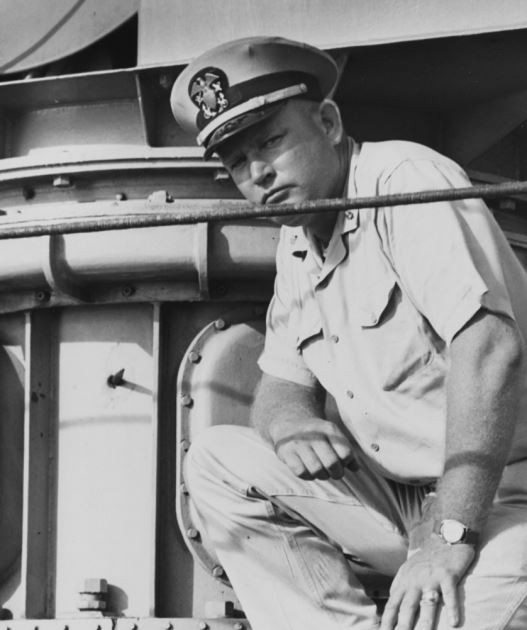 Caption: Lieutenant Commander Dempster M. Jackson, Maddox’s executive officer, kneels next to the one enemy round that hit the destroyer on August 2, 1964. (Naval History and Heritage Command)

On August 2, 1964, North Vietnamese patrol boats attacked USS Maddox (DD 731) in the Gulf of Tonkin. Along with reports of a second attack on August 4 (later determined as false), the incident sparked the rapid escalation of U.S. involvement in the Vietnam War. Congress passed the Gulf of Tonkin Resolution, giving the president authority to use American military forces to defend non-Communist nations in Southeast Asia without a formal declaration of war. By early 1965, fifteen ships were added to the Seventh Fleet with ten more scheduled to deploy to Southeast Asia