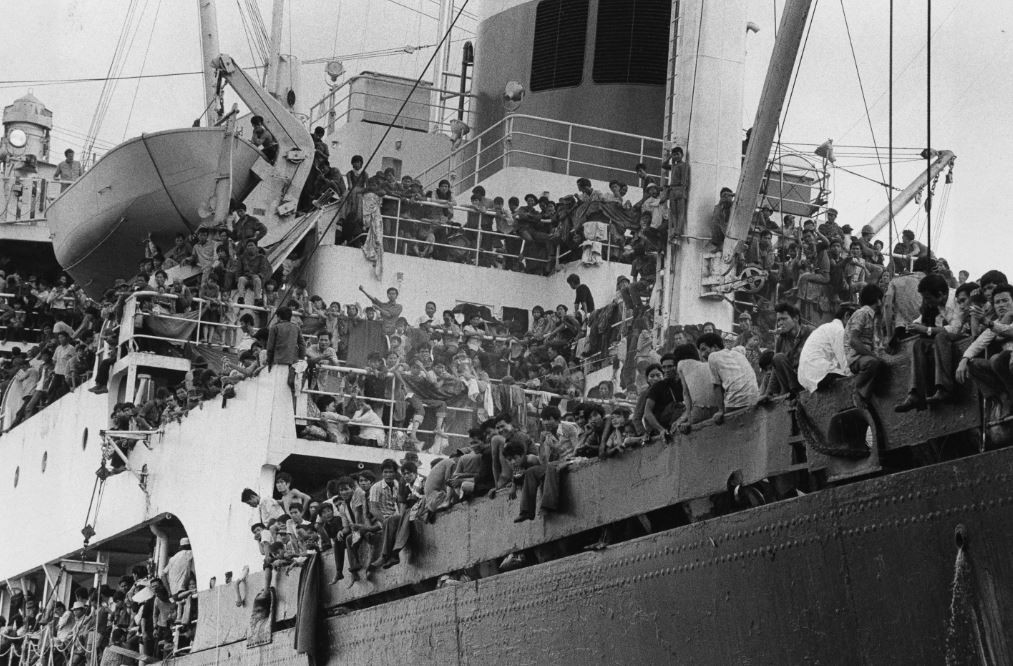 On March 10, 1975, Communist forces attacked and routed South Vietnamese troops. With the imminent loss of Saigon, the Navy prepared ships for the final evacuation of American and allied personnel from South Vietnam. On May 2, Task Force 76 and Military Sealift Command vessels headed for the Philippines and Guam with over 50,000 seaborne refugees. The effort, called Operation Frequent Wind, ended the U.S. Navy's role in the conflict. The ultimate North Vietnamese victory generated nearly 800,000 refugees, half of whom settled in the United States.